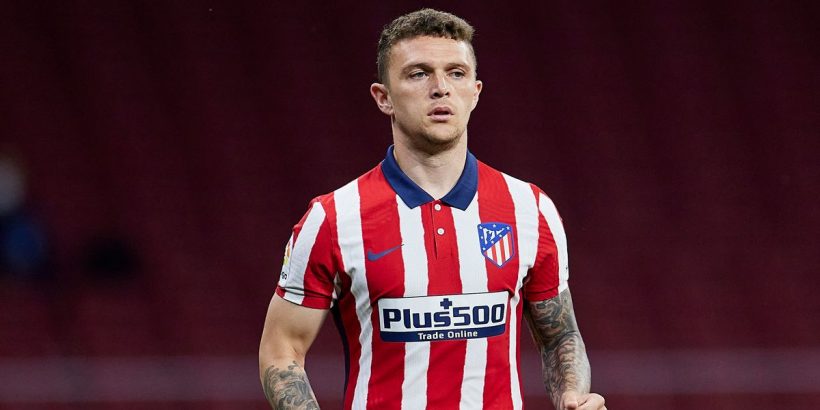 Atletico Madrid right-back Kieran Trippier has boosted Manchester United’s hopes of signing him as he has reportedly told his England team-mates that he is interested in a return to England.

The 30-year-old joined the Spanish side in 2019 from Tottenham and won La Liga last season after they pipped Barcelona and Real Madrid to the title in May.

Manchester United have been interested in adding depth to the side at right-back to provide cover and competition for Aaron Wan-Bissaka, who made 54 appearances across all competitions last season – the most in the Red Devils’ squad.

Ole Gunnar Solskjaer has been interested in a move for Trippier, having seen him as the ideal candidate as early as last summer.

Trippier is contracted to Atletico Madrid until 2023 and while reports from England suggest a fee between £15-20m will suffice to tempt them into selling, news from Spain suggests that Atleti would want any interested buyers to pay the contract termination clause of €33m (£28m).

Recent reports have suggested that Solskjaer would be interested in moving Wan-Bissaka to a more central defensive role.

Wan-Bissaka’s quality in tracking back and tackling has undoubtedly increased suggestions that this could be a viable option – and Solskjaer is apparently keen on putting plans into action when United begin their pre-season preparations in July.

Trippier, meanwhile, has often been praised in both England and Spain for his improved contributions on both halves of the pitch since leaving the Premier League.

Atletico Madrid coach Diego Simeone has often praised the right-back, and was reportedly heavily missed by his manager when Trippier was banned by the FA for breaching betting regulations in February.

Should Manchester United sign Kieran Trippier? Let us know in the comments below.

Now, it’ll be interesting to see how Manchester United move forward this summer.

They are eager to bolster the squad in order to close the gap to Manchester City at the top of the Premier League table.

The signing of Alex Telles impacted Luke Shaw’s form, and the English left-back’s improvement over the last year led to a spot in the PFA Team of the Season and well as a Euro 2020 call-up.

Solskjaer will hope that adding another right-back will have a similar impact on Wan-Bissaka and Trippier is seen as the ideal candidate.