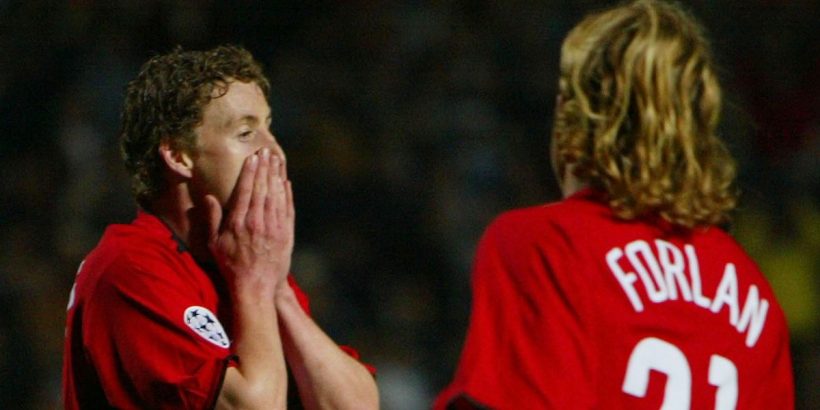 Manchester United will play a Cypriot side for the very first time in European competition on Thursday, but they've already been humiliated at the GSP Stadium in the past.

United travel to Cyprus to face Omonia Nicosia on Thursday, who are managed by former Celtic boss Neil Lennon. And they'll be hoping for a straight forward result this time around after suffering a 3-0 defeat to Maccabi Haifa back in the 2002/03 season.

The Israeli side were forced to play their home matches on neutral ground due to tensions within the country, and managed to ease past a United side that contained Paul Scholes, Gary Neville and Ole Gunnar Solskjaer. It was the only game that United didn't manage to win in Group F, but it was an embarrassing occasion.

With Cristiano Ronaldo leading the line against Omonia, anything other than a win will be an almighty upset for United. But as history suggests, the GSP Stadium can certainly throw a spanner in the works.

Although United were still flooded with stars, it was an experimental team put out by Sir Alex Ferguson back in 2002. United had all but won the group, and knew that they had two more opportunities to seal top spot.

But, Ferguson is a known winner, and even was quoted by former goalkeeper Ben Foster to be raging during a pre-season friendly defeat to Orlando Pirates, so this can't have gone down much better. Amidst starting players such as the Neville brothers, Scholes, Solskjaer and Rio Ferdinand, Ferguson used the opportunity to give players on the fringes a huge chance.

Can Manchester United win the Europa League? Let us know in the comments section below.

Kieran Richardson started in the striker position aged just 18, Ricardo Lopez was in goal, and John O'Shea played at centre-back. Still, a team like United should have cruised without any trouble, but Haifi shocked the visitors, and the rest of Europe.

Yaniv Katan opened the scoring for the Israeli side before Raimondas Zutautas added a second after the break. And a familiar name in Yakubu added the third to rub salt into the United wounds.

Yakubu made a name for himself at Haifi, and was bought by Portsmouth in 2003 before establishing himself in the Premier League. It's not a situation that United will want to relive, especially as they're not even in Europe's top tier this time around.