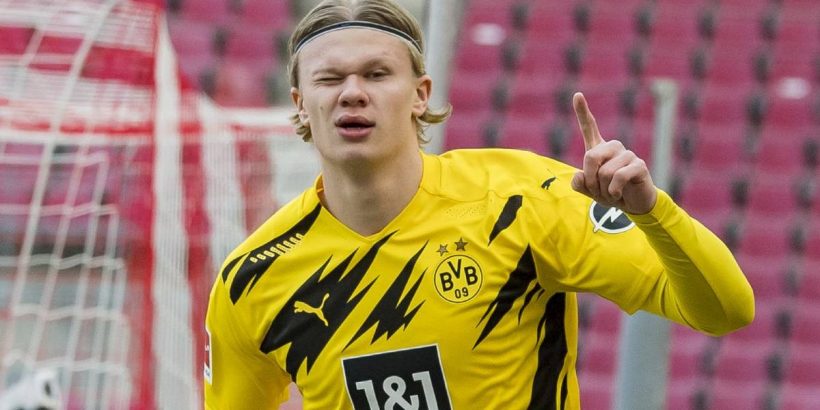 Manchester United officials will still get the chance to meet Erling Haaland's father to talk about a summer transfer, despite not meeting him this week, it has been claimed.

Haaland is expected to be on the move from Borussia Dortmund this summer, with as many as ten clubs around Europe interested.

The Norwegian wonderkid has a release clause of £65million active from next summer, but it is expected that he will leave for significantly more this year.

Despite likely costing upwards of £130m, Haaland has no shortage of suitors, and his agent Mino Raiola has already started shopping him around.

The super-agent, coupled with Haaland's father, met with officials from Barcelona and Real Madrid on Thursday to present their vision for the forward's future.

After those two meetings, it was widely reported that the two were set to travel to England to arrange meetings with United, Chelsea and Manchester City chiefs.

However, it has now been widely reported that no meeting took place.

But according to The Times, Haaland's agent and father will both travel to England to arrange meetings with officials from Chelsea, City and United.

The Red Devils are believed to be eager to sign the Norwegian wonderkid, considering Ole Gunnar Solskjaer coached him at Molde.

However, the United boss refused to get drawn into any speculation over Haaland's future at his Friday press conference.

"Well, I'm focusing on the next two months and whatever happens in the world of football there is only so many places anyone can go to," Solskjaer said.

"As I said, we focus on the ones who are here and even though I worked with Erling it's not right for me as Man United manager to talk about Erling.

"I can talk about him as an ex-coach of his, but he will make his own mind up."