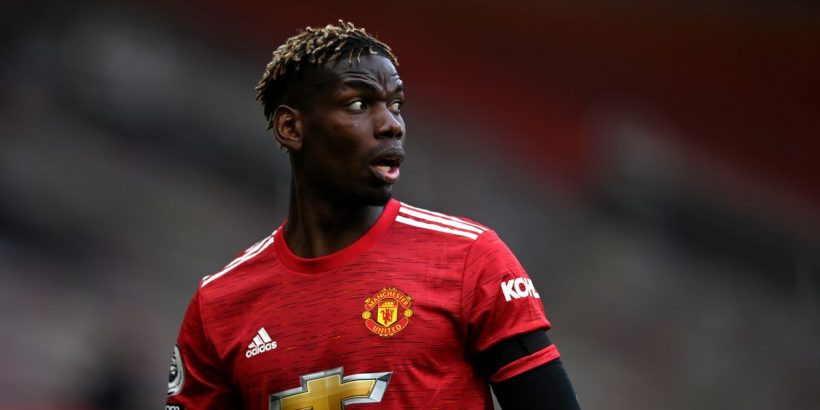 Manchester United have reportedly drawn up a three-man shortlist to replace Paul Pogba in case the Frenchman is allowed to depart Old Trafford.

Pogba’s contract is entering its final year and United are keen to bring in a substantial fee rather than allow him to leave on a free next summer.

Pogba’s importance to United is clear for all to see and his energy in midfield would be sorely missed by the Red Devils.

One of the most complete midfielders in football, Atletico Madrid man Saul would be United’s best chance of bringing in a like-for-like player for Pogba.

He has the ability to play anywhere in midfield, including on the wing, and possesses a good mix of defensive nous and attacking creativity.

The 26-year-old also has a wide range of passing, with one of his biggest strengths being his ability to exploit space left by an opponent’s defence.

While Ole Gunnar Solskjaer does want to make United more solid defensively, Pogba’s energy and attacking drive are crucial to their success.

Saul would bring both with him from Atletico, as well as experience of winning major trophies and playing for a side at the top of the league.

Many thought it would be impossible for Leicester to replace N’Golo Kante when he departed for Chelsea, but it would be fair to say that Ndidi has ensured the Foxes have not missed the Frenchman.

Usually playing as the sole midfield pivot, the Nigerian patrols the middle third of the pitch, giving Leicester’s more attacking-minded players license to play with freedom.

While he would not replace Pogba’s creativity, Ndidi does bring a metronomic passing ability, frequently setting up Leicester’s full-backs to attack.

The 24-year-old gets through an enormous amount of work to give Brendan Rodgers the chance to play more attack-minded players alongside him.

United can also look to Leicester’s playing style to see how Ndidi could fit into their system, with the two clubs sharing much in terms of football philosophy.

Much like Ndidi, Rice brings more defensive ability than attacking creativity so he would not be a like-for-like replacement for Pogba.

Having started life as a centre-back that should come as no surprise, with the England international excelling at breaking up attacks.

With United having several dead-ball specialists in their side, Rice’s aerial ability would also add a new set-piece threat.

The reason he is ranked bottom on this list though is the fact that his passing ability and composure is not as good as Ndidi’s, while he is also not as creative as Saul.

He would also likely command a hefty fee with West Ham adamant they don't want to sell and the market for English players particularly expensive.