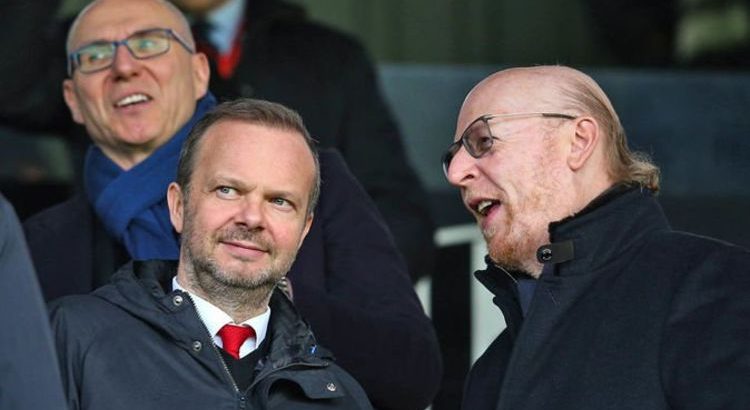 Manchester United may have missed on signing a midfielder this summer, but Old Trafford is delighted with the business done. Tom Heaton, Jadon Sancho, Raphael Varane and Cristiano Ronaldo all moved to the club, with Ole Gunnar Solskjaer adamant the quartet can be the difference. And that’s in stark contrast to last year, where a division between Ed Woodward and Joel Glazer had bad consequences.

Manchester United moved with speed and efficiency this summer.

Heaton was the first player to arrive, with the veteran arriving on a free transfer from Aston Villa.

Sancho was their second signing, touching down from Borussia Dortmund for a huge fee of £73million.

United then snapped up Varane from Real Madrid, a decade after Sir Alex Ferguson had tried to do the same.

And, on deadline day, news of Ronaldo’s return to Old Trafford was finally made official.

It was a good window for United, despite the fact they were unable to acquire a midfielder.

And that’s in stark contrast to what happened 12 months ago, when they failed to sign Sancho on deadline day.

The Athletic said at the time that Woodward had wanted to get a deal done, believing the 21-year-old would be a great asset for his side.

But Glazer said no.

The United owner believed Dortmund’s price for the forward was too expensive, with the Bundesliga giants wanting a fee close to £108m at the time instead.

And Woodward was forced to go back to Solskjaer without a deal, with the club then scrambling for last-minute alternatives instead.

And agreements were reached for Amad and Facundo Pellistri, too, as the Red Devils plotted for a brighter future.

The row between Glazer and Woodward cast a cloud over United, taking the gloss off the signings of Cavani, Alex Telles and Donny van de Beek.

United were impressive this summer. They knew they needed another goalkeeper to keep David De Gea and Dean Henderson on their toes, which is why Heaton signed.

Sancho was a deal years in the making and, with the club lacking specialists on the right wing, that area has now been addressed.

Varane was too, with the club previously hoping to sign him during Ferguson’s time at the helm.

And Ronaldo is Ronaldo, a signing that doesn’t need any vindicating given his outstanding ability and proven track record.

Despite United re-signing the former Juventus star, Gary Neville still thinks his old side are short when it comes to winning the title.

“The Premier League is at the highest standard it has been for a long, long time,” Neville told Sky Sports.

“The Premier League has got back to the top level in Europe and Manchester United are up against really good sides.

“In years gone by, I might have said this Manchester United side would have won the Premier League by 10 points but it’s such a strong Premier League this one.

“I made the prediction on Monday Night Football that it would [finish] Manchester City, Chelsea and [then] Manchester United and I’m not going to change that because I don’t think the Ronaldo signing makes them a better team than Chelsea, who were the Champions League winners last season, and Manchester City, who were 20 points clear.

“Absolutely it brings them closer to winning the title.

“Do I think they will win the title at this point? No I don’t.

“But now I’m more excited about Manchester United challenging for the title than I was maybe five or six days ago.”