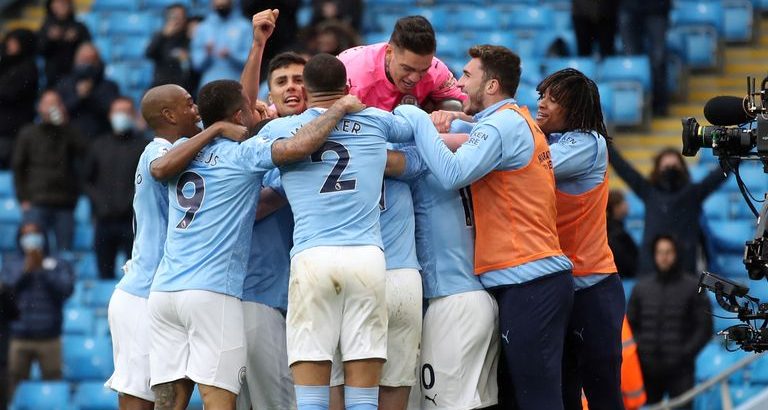 City in the Community (CITC), the Premier League champions’ official foundation, are delivering activities as part of its City Play Together sessions.

The programme, which helps get families and their children aged 2-5 to take part in physical activity, is also being supported by children’s author Susan Quinn.

City fan Quinn, alongside publishers QUARTO, has donated 150 copies of her latest picture book called ‘My Dad’ to the cause which runs across reception classes and nurseries throughout the Manchester area.

“The book is dedicated to my own dad, Leo, who grew up in an orphanage in the Manchester area and supported City all his life until his death from cancer,” Quinn said.

“He would have been immensely proud not just of the team today, but also of all the hard work the club do in the community.

“Remembering his tough childhood, I wanted to do something special and fun for children in his memory and I’m really pleased that everyone has come on board with CITC to support the My Dad workshops to celebrate Father’s Day.” 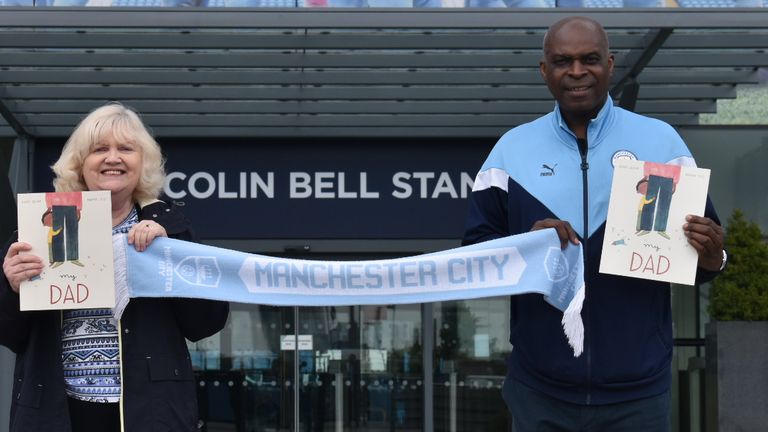 On the workshops, Fuzail Patel, CITC’s Early Years Coach, added: “We tend to use a theme in our sessions so with Father’s Day coming up we’re using ‘My Dad’ and attaching the theme into our play sessions.

“So, for example, we’re using the hero theme – your hero could be anyone, a family member or other role model and we combine these ideas into the games.”

City stars from both the men’s and women’s teams, including Scott Carson and Esme Morgan, have also shared experiences of having positive male role models growing up.

“Having any role model is important to inspire you and make you feel empowered to be able to do something,” Morgan said.

“When you look up to someone and you’re inspired by them, if they are encouraging something you want to do then I think it gives you a lot more passion and energy to pursue it.”

The books were handed over at the Etihad to CITC’s ambassador and former Manchester City goalkeeper Alex Williams who was awarded an MBE in 2002 for services to young people.

On the partnership, Williams said: “It’s great – the concept is fantastic and it’s great to use the power of football, especially our brand of Manchester City, to try to get messages over to young people.”

Carson: Having a positive male role model was massive growing up

Manchester City goalkeeper Scott Carson has opened up on his own childhood, saying having a positive male role model was crucial growing up.

Born in Cumbria and brought up by his mum who was a single parent, the 35-year-old was grateful for the role his uncle played in his formative years.

“My uncle was the one who took me to football and days out and the one I looked up to,” Carson told the CITC ‘My Dad’ event.

“We didn’t have any money growing up so it was all about making an effort and spending time with me and my brother which made a big difference to us.

“A lot of my childhood memories were around him and I am so thankful for everything he did for me.

“Having that father figure plays a massive role and between him and my mum, they made sure my feet remained on the ground and always remember where I came from.

“Hopefully that’s what I’ve done and they are proud of the person I am today.” 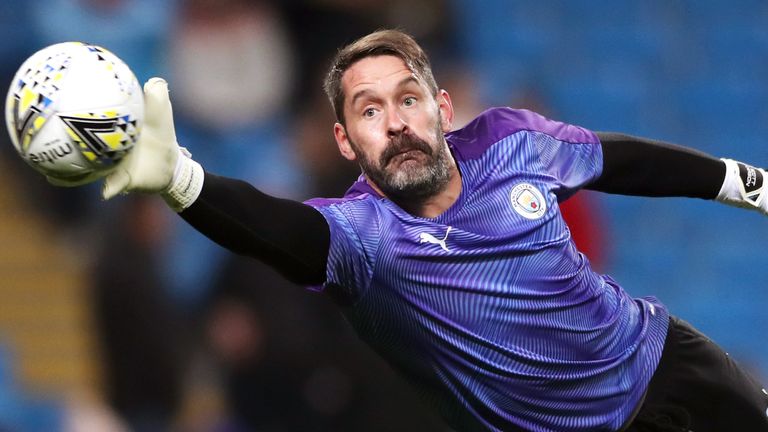 The father-of-four has spent the last two years on loan at the Etihad from Derby County, with boss Pep Guardiola describing him as “a captain behind the scenes.”

And Carson is well aware of the role he has to play as both a footballer and part of a club so intrinsically linked to its local community.

“As football players we know we’re in the spotlight, with millions of kids up and down the country and throughout the world who aspire to be footballers,” Carson added.

“We were the same growing up with our heroes – you see how they acted and came across on the TV and interviews and that definitely influences kids growing up.

“Since I’ve been here, the effort that goes into the community work is second to none and for the kids it’s vital.

“It gives them something to focus on and hopefully teaches them some life skills and some important qualities growing up.”