‘Manchester City get into winning positions very quickly which we can’t let happen,’ cautioned Mark Hughes on the eve of his latest return to the Etihad.

One can only assume Hughes passed this warning onto his Southampton players and they paid attention to their manager, although the manner of their defending in a 6-1 defeat suggested it had not completely hit home.

The problem for Saints – and just about any other group of mortals taking on City these days – is that the best-laid plans are quickly ripped asunder in the face of such ruthless, irresistible opposition. 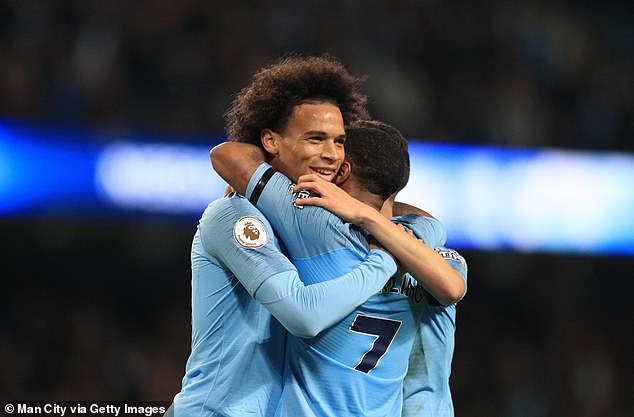 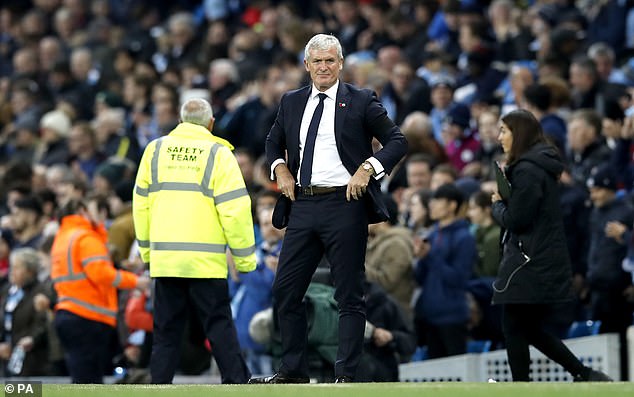 A year ago, Hughes’s side were involved in one of the most dramatic games seen here last season. They played outstandingly well and were clinging onto a 1-1 draw deep into injury-time when Raheem Sterling scored a sensational winner.

It sent the Etihad into raptures and City on the way to one of the defining victories of a record-breaking title triumph under Pep Guardiola.

Just to be here was a privilege on a night that was made all the more notable for Guardiola’s bizarre rant at Saints winger Nathan Redmond after the final whistle.

As if to prove it wasn’t a fluke, Saints took City to injury-time again on the final day of the season when Gabriel Jesus scored with the final kick to snatch a 1-0 win and give City a record 100-point tally.

Twelve months on, and they were brutally blown away inside 18 minutes. Game over. Three more points to City.

The outcome was not a shock in itself. After all, Saints have not won on their last nine visits to the Etihad in all competitions, losing on eight occasions. 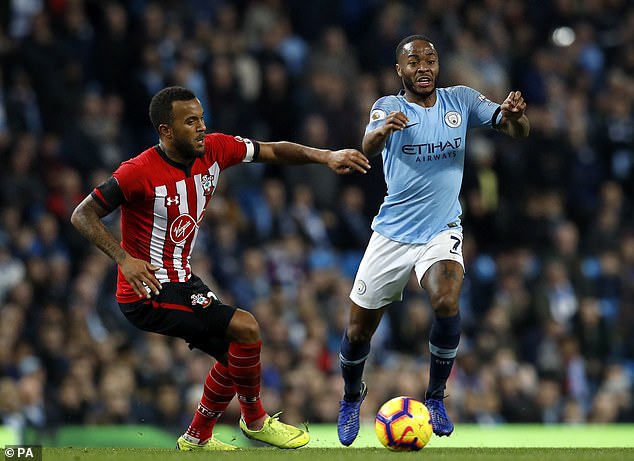 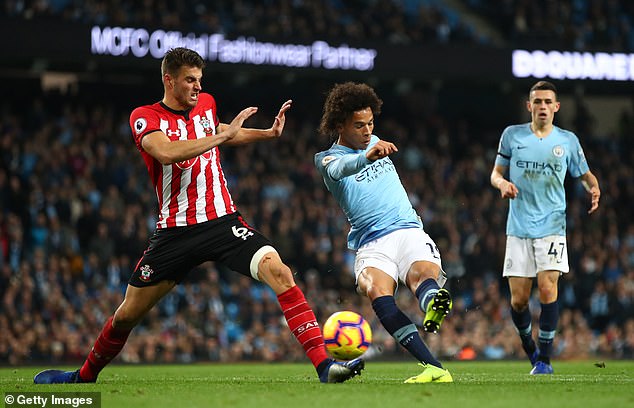 But the manner of their defeat only goes to emphasise the growing gulf between the champions and those teams who come here with a fighting chance of leaving with a point.

Huddersfield managed it in May. When they returned in August, they were duly battered 6-1.

Manchester United venture across town at the weekend and it will require another gargantuan effort to repeat their 3-2 derby victory here in April.

City’s start to this season is just as impressive as last. At this rate, there is no reason more records cannot fall. They are just as prolific – despite Kevin De Bruyne beginning his second injury-layoff of the campaign in early November – and even more sound defensively.

It is a sobering thought for the rest of the Premier League and the reason why Southampton were out of this contest inside the opening quarter despite Hughes’s pre-match warning. In truth, it could have been worse than 6-1 after Wesley Hoedt put through his own net after five minutes and 15 seconds.

Sterling was brilliant again, scoring another two and supplying the assist for Sergio Aguero to claim his 150th Premier League goal for City. David Silva and Leroy Sane scored the others from Sterling passes, but there could have been many more such was City’s superiority. 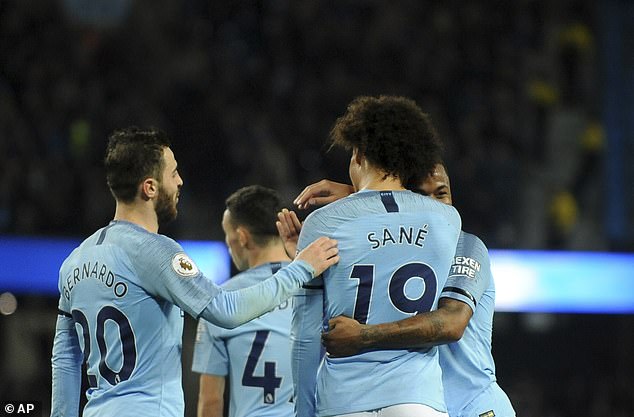 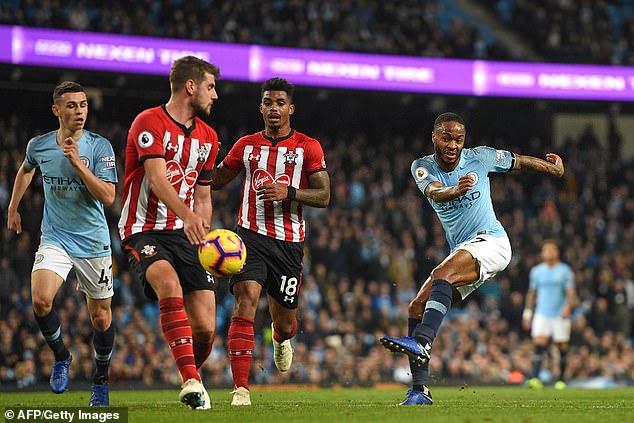 While Hughes tried to avoid a humiliation at the hands of his old club, Guardiola was able to rest players with the Manchester derby and Champions League tie against Shakhtar in mind.

The only crumb of comfort for City’s rivals was the barely deserved consolation goal that Southampton scored on the half hour when Ederson rushed out of his goal to needlessly take down Danny Ings – a decision probably borne out of boredom more than anything.

It gave Ings the opportunity to beat the Portuguese keeper from the spot and end a run of 10-and-a-half hours since City last conceded a Premier League goal. We might have to wait just as long until it happens again.

That is the bar that’s been set by this City side; one that could easily eclipse the record-breaking levels of last season. Southampton, for one, simply can’t live with them anymore.