Former Manchester United stalwart Antonio Valencia has announced his retirement from football at the age of 35, two years to the day since his last appearance for the side.

The 99-cap former Ecuador international made 339 appearances and scored 25 goals for the Red Devils in all competitions across ten seasons at the club, winning nine trophies in that time.

Across that decade he won two Premier League titles, an FA Cup, two League Cups, plus a Europa League trophy, and Valencia gave a heartfelt tribute to United fans for their support during his time at Old Trafford. 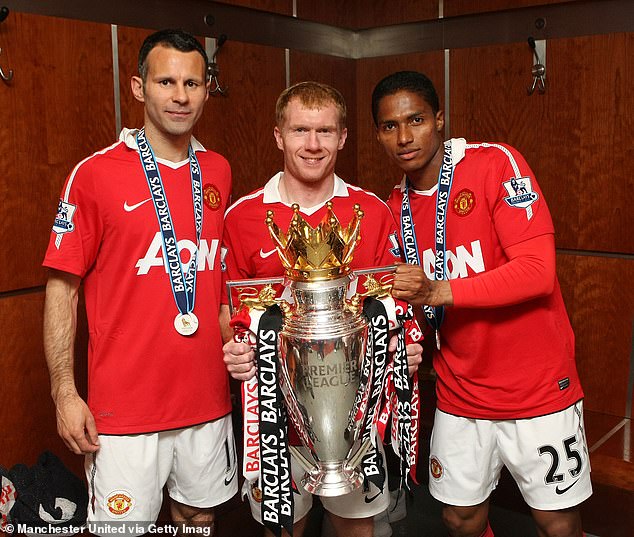 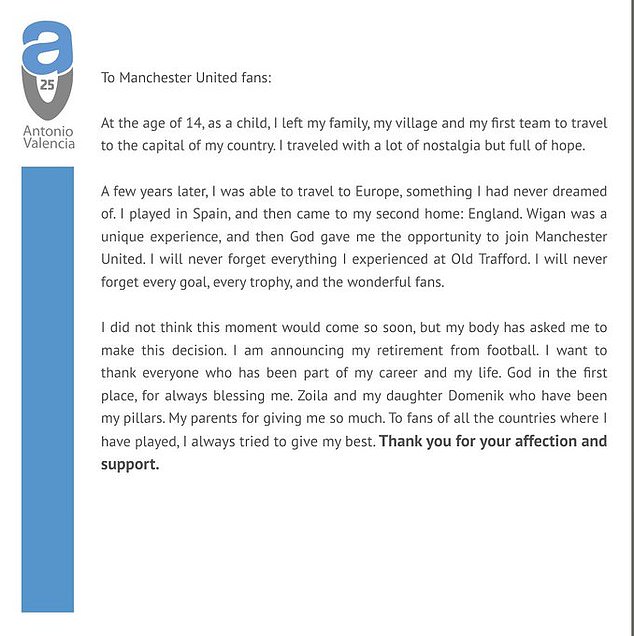 A statement from his social media account read: ‘To Manchester United fans.

‘At the age of 14, as a child, I left my family, my village and first team to travel to the capital of my country. I travelled with a lot of nostalgia but full of hope.

‘A few years later, I was able to travel to Europe, something I had never dreamed of. I played in Spain, and then came to my second home: England. Wigan was a unique experience, and then God gave me the opportunity to join Manchester United. 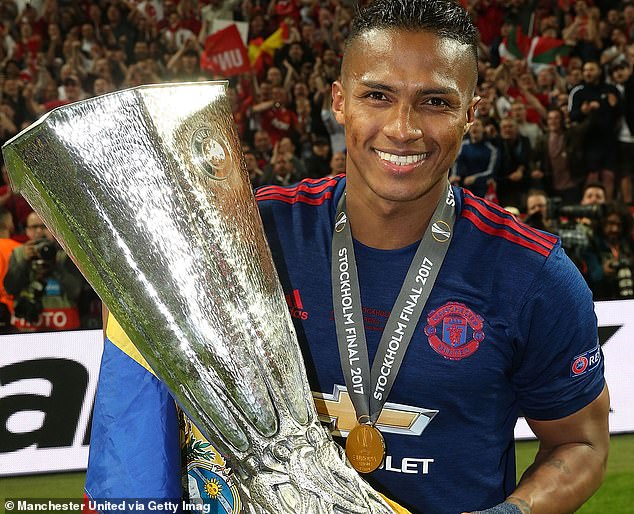 ‘I am announcing my retirement from football. I want to thank everyone who has been part of my career and my life. God in the first place, for always blessing me.

‘Zoila and my daughter Domenik, who have been my pillars. My parents for giving me so much. To the fans of all the countries where I have played. I always tried to give my best. Thank you for your affection and support.’ 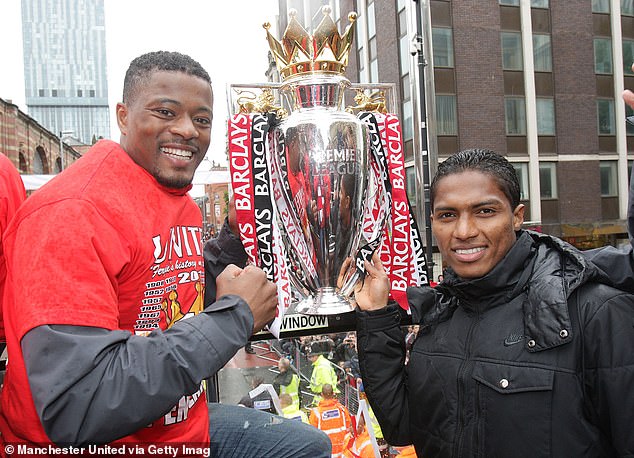 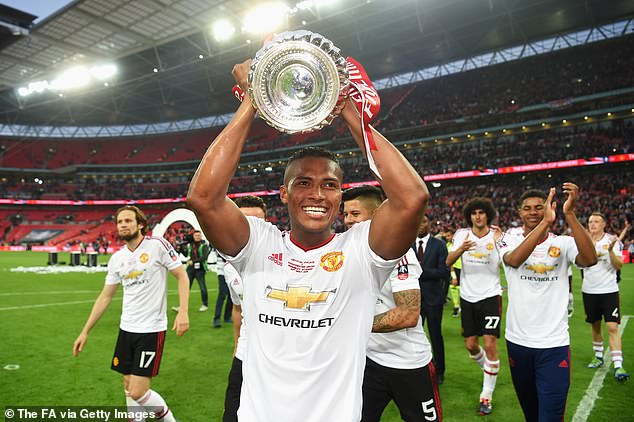 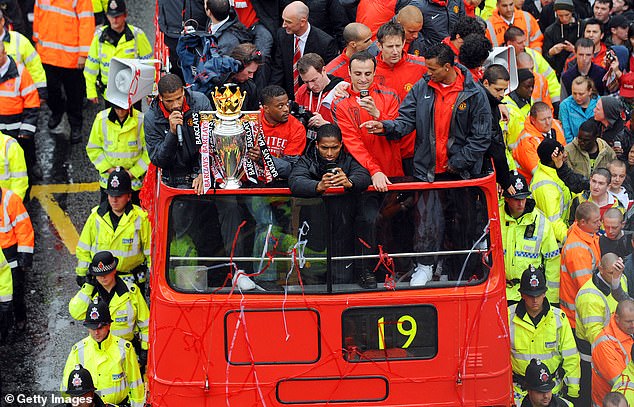 Valencia, now 35, won nine trophies across his decade-long spell at the Manchester outfit

Valencia – who spent this season with Mexican top-tier side Queretaro, making 15 appearances – moved to Manchester from Wigan for a fee of around £16million in 2009 as a replacement for Real Madrid-bound winger Cristiano Ronaldo.

His athleticism, determination and never-say-die attitude endeared him to fans and team-mates, and he won Player of the Year, Players’ Player of the Year and Goal of the Season in 2011/12, winning the latter award again five years later.

He captained the side to their Europa League victory against Ajax in 2017 and became club captain when Wayne Rooney left that summer.

‘No regrets’: Buckley ready to head into blue sky