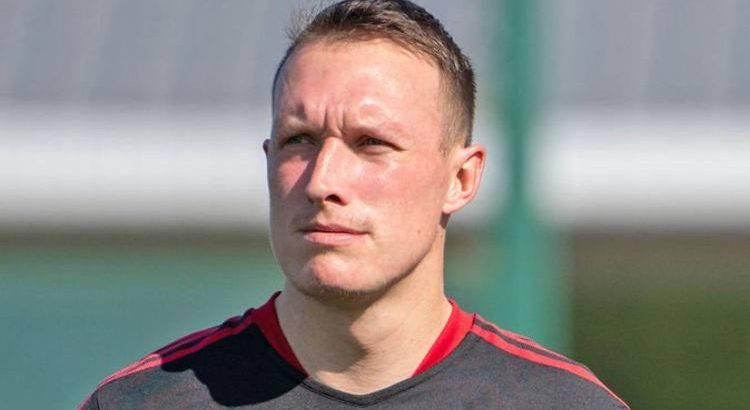 Manchester United star Phil Jones was recently snapped training alongside Cristiano Ronaldo. However, he won’t be part of their match against Newcastle at Old Trafford today. Instead, the club have decided to give him game time via the Under-23s at Arsenal this afternoon.

Manchester United go up against Newcastle looking to continue their positive start to the campaign.

While a draw away at Southampton was disappointing, victories over Leeds and Wolves have seen them take seven points from a possible nine.

This afternoon, they face Newcastle with Ronaldo expected to start the showdown at Old Trafford.

But Jones won’t be lining up alongside his new team-mate.

Instead, the former Blackburn star will be playing for the Under-23s away at Arsenal.

“Really pleased for him. Deserves massive credit for work he has done to rehab from knee injury.

“Will take time but deserves to get his career going again.”

United legend Rio Ferdinand recently ripped into Jones, insisting he should have given up his No 4 shirt to Raphael Varane.

But Ole Gunnar Solskjaer then delivered a strong response, saying: “Phil has had a horrible 18-19 months and probably a year before that as well with injuries.

“Phil is a no fuss, get-on-with-it type of guy.

“I know more than anyone how it feels to be injured at that stage. He’s still not 30 years of age.

“Since I came here, he’s battled with this knee injury, he’s put his body on the line, every single training session, every single game.

“There are a few times we’ve had to manage him. He’s never done anything but given everything for the club.

“Phil’s never on social media, never asked to do interviews, he just gets his head down. He’s a proper, proper professional, a no-fuss family man.

“I was out for two years in a three-year period with a knee injury.

“Phil has battled valiantly, I’d say. I know how Phil has felt, you’re embarrassed at times coming in.

“But he has to look after his career and he’s now getting back to fitness. Now is not the time to throw him in [to games].

“I think you can give him a little bit more, maybe a month, six weeks. Some behind closed doors [games] – he’ll be there.

“For me, as a manager, to see there’s can be light at the end of the tunnel, it’s great because I’ve been through the same.

“Sorry, that was a long one, but I feel Phil deserves that because he’s played here for 10 years and always given everything.”

Regarding Ronaldo, he’s expected to start the match against Newcastle up top.

It will be his first appearance for the club since they lost 2-0 to Barcelona in the 2009 Champions League final in Rome, with Samuel Eto’o and Lionel Messi on target.