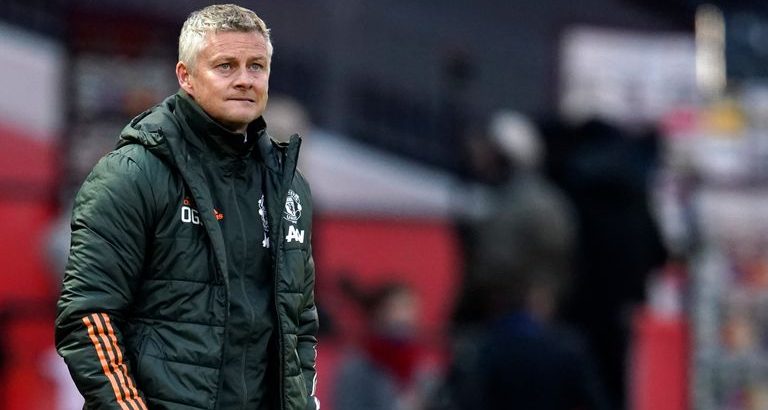 Gary Neville believes Manchester United’s unbalanced midfield in their 4-2 defeat by Liverpool highlighted a critical dilemma Ole Gunnar Solskjaer still has to solve, while Roy Keane has warned that the failings of United’s squad have been exposed this week.

On a chastening night for United, their defensive frailties were repeatedly exposed by Liverpool in the absence of Harry Maguire while both their midfield and attack struggled to connect.

“All of United’s shortcomings have been shown up in the last couple of days,” warned Keane. “Look at the performance of the two midfielders. [Scott] McTominay is a good, honest player. And they’ve got Fred. As long as those two players are in midfield for Manchester United, they will not be winning any big trophies.

“I can’t believe how short Manchester United are.”

It was only in the final third of the game, when Fred was replaced by Mason Greenwood and Marcus Rashford went to the left and Paul Pogba into the centre of midfield, that United, who also lost at home to Leicester on Tuesday, finally began to click.

“One of the issues Man Utd have is that when they pick Paul Pogba on the left it means Marcus Rashford has to go over to the right and the balance of the team fails – we’ve seen it too many times now,” Neville said during commentary.

“It’s something that needs fixing.”

“Manchester United need that right-hand side option. And Ole Gunnar Solskjaer needs to work out if Paul Pogba can play in the centre of midfield or not in big games.

“If he is not then the whole balance of the team shifts when he is put on the left and Rashford has to go to the right. It’s just obvious that the whole team are better [following the introduction of Greenwood and Rashford’s switch to the left].”

But United’s lack of balance wasn’t Neville’s only concern.

“The lack of Harry Maguire’s presence in the defence is obvious for all to see,” said the former United right-back. “People question how good is Maguire but you only see it when he is not playing.”

Keane: How is Fred going to win United titles?

“I know Ole perseveres with Fred, but I can’t see it. How they think Fred is going to get Man Utd back to winning titles is beyond me.

“The goalkeeper didn’t look great tonight either. There was mistake after mistake. Poor, poor night for United. Maguire is a loss, but these are schoolboy errors… It’s nothing to do with missing Maguire.

“The performance tonight was nowhere near good enough. All of United’s shortcomings have been shown up in the last couple of days. Tonight there wasn’t enough quality. Liverpool could have scored six or seven.

“This squad is so short of competing against Man City to win the title. Man City are so far ahead of this squad it is scary. I think Ole will reflect on the last few days and think ‘we need three or four big players to come into this club this summer’.

“Look at the performance of the two midfielders. McTominay is a good, honest player. And they’ve got Fred. As long as those two players are in midfield for Manchester United, they will not be winning any big trophies.

“I can’t believe how short Manchester United are.”

Huge win for @LFC & great to see Bobby back in the goals! But MOM was @TrentAA whose passing was outstanding. It’s unique that a fullback is the most creative player in any football team, but that’s what he is for this team! #MNULIV

What now in the race for the top four?

“This is a massive win for Liverpool. It’s now fully in their hands for the Champions League positions. There’s still a lot of work to do but there will be a lot of nerves at Leicester and Stamford Bridge now.”