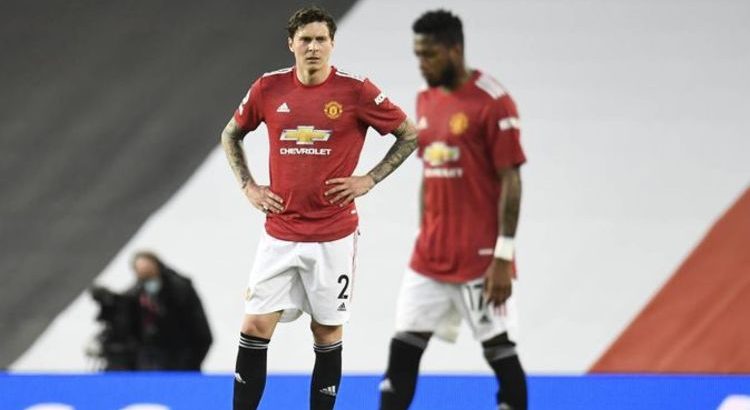 Harry Maguire did not play against Liverpool on Thursday night, but his name was still on the lips of every Manchester United fan. Sat in the stands at Old Trafford, with a protective boot on his left foot and crutches by his side, United’s captain could do nothing but watch events unfold on the pitch as his team were beaten 4-2.

Ever since his £80million transfer from Leicester City in August 2019, Maguire has been on the receiving end of criticism from fans and pundits.

Being the most expensive defender in history, while playing for a club like United, was always likely to put a target on his back.

Yet as United fans sat at home watching their team play their bitter rivals, it was clear to many just how influential their captain has become for Ole Gunnar Solskjaer’s side.

Liverpool are a good example of what can happen when a defensive lynchpin – plus two of his partners – are taken out of the team.

Virgil van Dijk’s absence since sustaining a serious knee injury in October, coupled with the injuries to Joe Gomez and Joel Matip, has left Liverpool scraping their barrel of defenders. 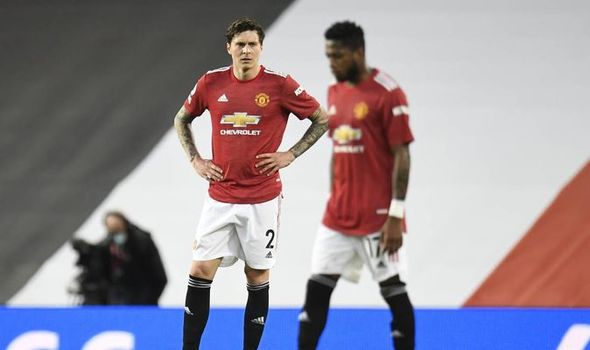 Nat Phillips and Rhys Williams, the partnership which played at Old Trafford, are some way down the pecking order.

At the other end of the pitch, United were fielding their second and third choice centre-backs. Yet the performances of Victor Lindelof and Eric Bailly made it hard to tell which team’s defence contained the inexperienced players.

Their frailties were not immediately clear, as United started much the brighter side in the opening 20 minutes and took the lead when Bruno Fernandes’ curling shot was turned into his own net by Phillips.

However, when Liverpool found their feet and turned up the heat, Lindelof and Bailly began to crumble. Leaderless, United failed to clear a second phase from a corner and were punished when Diogo Jota turned in Phillips’ cross-shot.

Minutes later Paul Pogba lost Roberto Firmino from a free-kick and the Brazilian planted a header past Dean Henderson in goal to send Liverpool in 2-1 up at half-time.

What Martin Odegaard has told friends about staying at Arsenal

Sergio Aguero poised to join Barcelona after breakthrough in talks 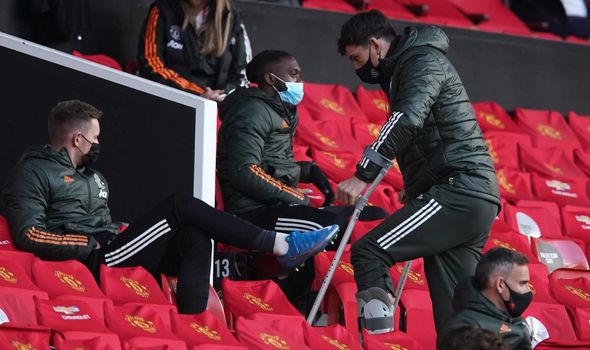 Calamity struck once again after the break, with Luke Shaw wandering into traffic to allow Firmino a second goal from a rebound after a fumble by Henderson.

Marcus Rashford grabbed a goal back from Edinson Cavani’s through-ball to threaten a United comeback, but after ponderous substitute Nemanja Matic was robbed, Mohamed Salah raced clear to kill the game off at 4-2.

In truth it could have been worse. United were fortunate Bailly was not penalised for handling in the box from a Firmino pass early on and that referee Anthony Taylor decided to overturn the decision of a penalty following a clumsy challenge on Phillips.

Before suffering a knee injury against Aston Villa on Sunday, Maguire was one of just a handful of players in the Premier League who had played every minute in the league for his side.

While it is impossible to know how Solskjaer’s side would have fared with him in the team – and the fact they were playing their fourth game in eight days is undoubtedly a mitigating factor – it is hard not to draw conclusions.

United are said to be targeting a new centre-back in the summer transfer window. Thursday night emphasised why that business is a necessity.

As ever, Gary Neville hit the nail on the head in commentary for Sky Sports.

“I played with players at Manchester United, individual players, Roy Keane was one of them in the studio, that when they don’t play it unnerves a whole team,” he said.

“The lack of presence of Harry Maguire in that defence is just obvious for all to see.

“People will question, ‘how good really is Harry Maguire?’ But you only really see it when he’s not playing. What we’re seeing tonight is a very frantic defence.”

Despite losing two games in two days, United are still second. They are still 10 points clear of Liverpool. And they will still be playing in the Champions League next season.

The Europa League final against Villarreal on May 26 is understandably the priority.

But, with their captain in the stands, United’s shortcomings were there for all to see at Old Trafford.