Manchester United star Bruno Fernandes was heard screaming for a substitution after Marcus Rashford’s injury against PSG. The Red Devils slipped to defeat at Old Trafford, plunging their ambition to make the knockout stages of the Champions League into uncertainty. And Rashford’s injury has now added to their woes.

United went into the game against PSG knowing a draw would send them through to the last 16 of the Champions League.

But that didn’t happen, with the Red Devils instead falling to a 3-1 defeat.

Neymar struck twice for PSG, while Marquinhos was also on target. Rashford scored for the home side but it wasn’t enough, meaning a fascinating final group stage matchday now lies in wait.

Worryingly, the England international was forced out of the game with what appeared to be a shoulder injury.

And, when it happened, Fernandes was heard screaming at Solskjaer to make the change.

Rashford signalled to the bench to make a change and Fernandes gestured with his hands for his team-mate to come off. 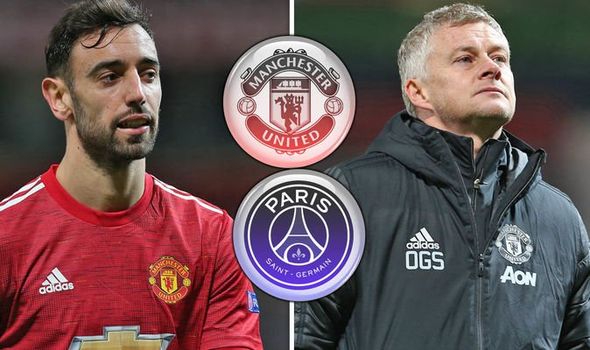 Paul Pogba came on for the 23-year-old and very nearly equalised, with the France international sending a volley narrowly over the bar.

Meanwhile, speaking after the game, Solskjaer opened up on Rashford and admitted he was unsure if the striker would be fit for the weekend’s showdown with West Ham.

“Let’s see how quickly he can recover. Hopefully he will be ready for the West Ham game.”

Solskjaer also felt PSG were there for the taking at one stage and urged his side’s failure to finish off their chances.

Anthony Martial missed two clear opportunities and Edinson Cavani, facing his old team for the first time since leaving in the summer, hit the bar. 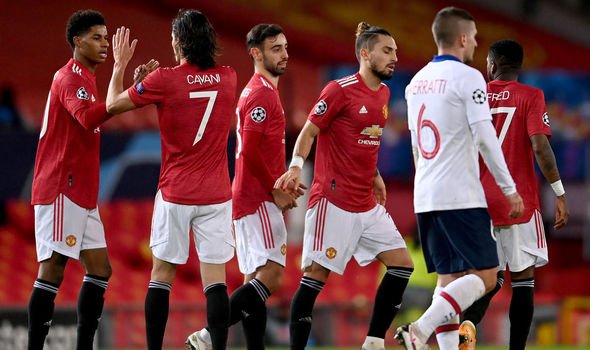 And Solskjaer said: “It was a very good game which deserved fans. With a bit more clinical finishing we should have finished the game. They were there for the taking [at one stage].