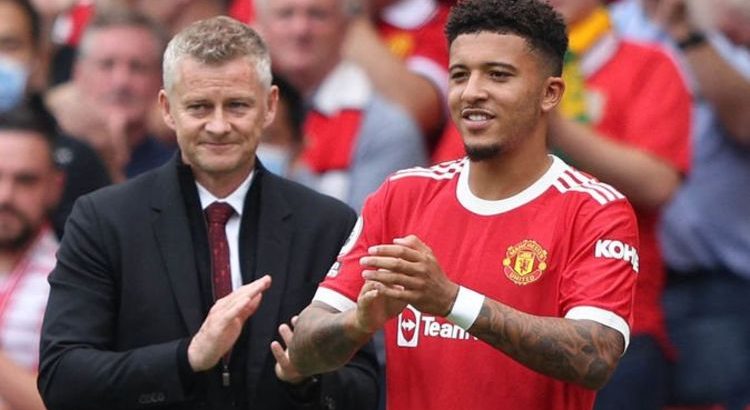 Manchester United are still interested in signing Kieran Trippier before the transfer window slams shut on August 31, it has been claimed. The Atletico Madrid star is wanted to provide competition for Aaron Wan-Bissaka. And there’s still a chance he’ll move to Old Trafford before the deadline in just over two weeks’ time.

Manchester United have had a good transfer window so far.

Tom Heaton joined on a free transfer from Aston Villa, with the veteran now set to compete with David De Gea and Dean Henderson for a starting berth.

Jadon Sancho then moved from Borussia Dortmund in a massive £73million deal.

And United unveiled Raphael Varane on Saturday, shortly before they hammered Leeds 5-1 in their Premier League opener.

Prior to that match, Ole Gunnar Solskjaer said any new signings would be a ‘bonus’.

“I have to say that with the two signings we’ve got, we’ve strengthened where we wanted to strengthen.

“Let’s see what happens. You never know in football. Anything can happen, ins and outs.”

And Jonathan Shrager has claimed United remain interested in Trippier and, what’s more, there’s ‘still a chance’ deal will happen.

“Whilst nothing has significantly progressed, I am told that #MUFC remain interested in Trippier, and that there is still a chance it may happen,” he said on Twitter.

Trippier wants to return to the Premier League after two years at Atletico Madrid, despite winning the La Liga title last term.

And United are the club he wants to join.

The former Burnley and Tottenham star’s family have made plans in case a move materialises before the deadline, which is now creeping closer.

And they want Trippier to spur Wan-Bissaka on on the opposite flank.

United’s interest in the Atletico star was recently addressed by QPR’s Charlie Austin, who endorsed a move when speaking on talkSPORT.

“Aaron Wan-Bissaka is not up to the [required] quality,” he said.

“We played them the other day, and I know it was only a pre-season friendly, but they need to go all out for Kieran Trippier.

“That’s who they’re crying out for. He [Aaron Wan-Bissaka] can’t defend!

Austin was speaking after QPR had battered United in a 4-1 pre-season friendly win.

When Ray Parlour grilled Austin over whether Wan-Bissaka’s performance was just a bad day, Austin then added: “You can always have a bad game, it was just a pre-season friendly.

“With all due respect, if Aaron Wan-Bissaka is your right-back, are Man United going to go on and win Premier Leagues and win silverware? I’m not too sure.

“They need to strengthen there, definitely.”

United are next in action against Southampton on Sunday.