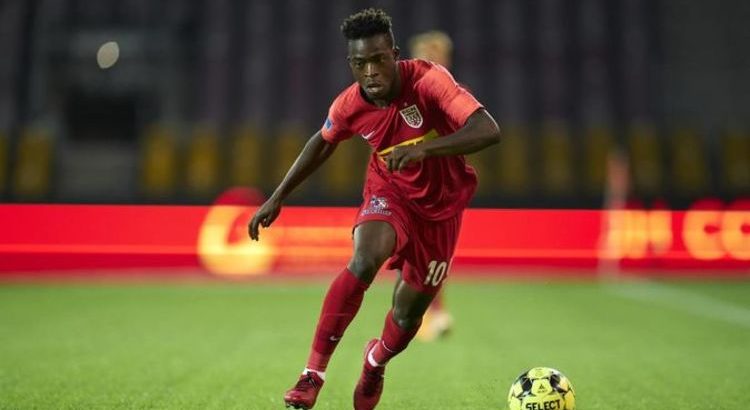 Manchester United will face competition from Liverpool and Ajax for young winger Kamaldeen Sulemana this summer. Sulemana has caught the eye of some of Europe’s biggest clubs through his impressive performances for Danish side FC Nordsjælland.

The 19-year-old winger has scored 10 goals and registered six assists to help Nordsjælland reach the play-offs this season.

Sulemana only joined the Danish side from the African Right to Dream Academy in his native Ghana last year, but is already seen as a bright prospect.

It was an opportune moment to make his mark, with United scout Tommy Nielsen in attendance at the Farum Park.

According to the Daily Mail, United have been impressed enough to begin negotiations for the winger, who is valued at around £12million. 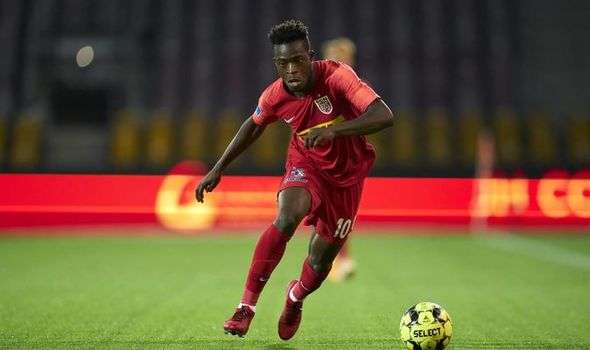 That information appears to be correct, with Nordsjælland chairman Jan Laursen confirming that United are one of the clubs interested in Sulemana.

He added: “I have the feeling that there are some who will be happy, even if they have to pay a lot of money, but time will tell.

“There are many who follow him, and not everyone who would like to be here because of various restrictions. Of course, some of the heavyweights follow him closely.”

Laursen is referring to Ajax and Liverpool, who were one of a dozen clubs to have scouts at Monday’s match.

Ajax had a bid for Sulemana turned down in January but are thought to be the frontrunners for his signature this summer.

Tottenham told to replace Mourinho with Gerrard due to ‘transfer pull’ 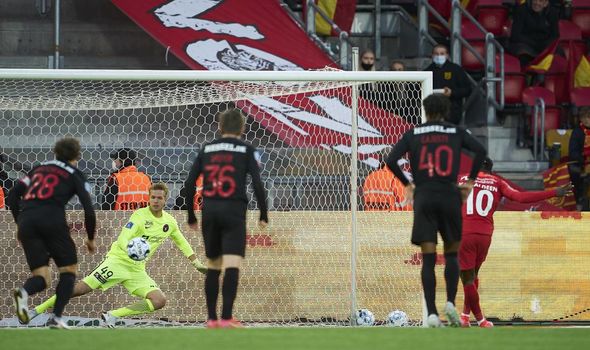 The Dutch club’s director of football Marc Overmars was personally in attendance on Monday to see Sulemana’s run and left-footed finish and is keen to sign him.

Ajax signed Ghana international Mohammed Kudus, who also came from the Right to Dream Academy, from Nordsjaelland last year so already have links to the club.

However, Liverpool also have concrete interest in Sulemana, with their Scandinavian scout Mads Jorgensen watching him in the flesh earlier this week.

According to the Manchester Evening News, Sulemana currently does not have enough points to gain a work permit in the UK under the new post-Brexit transfer rules.

However, that could change this summer if the Danish top-flight rises by one place in the UEFA coefficient rankings, or if Sulemana makes one more competitive appearance for Ghana.