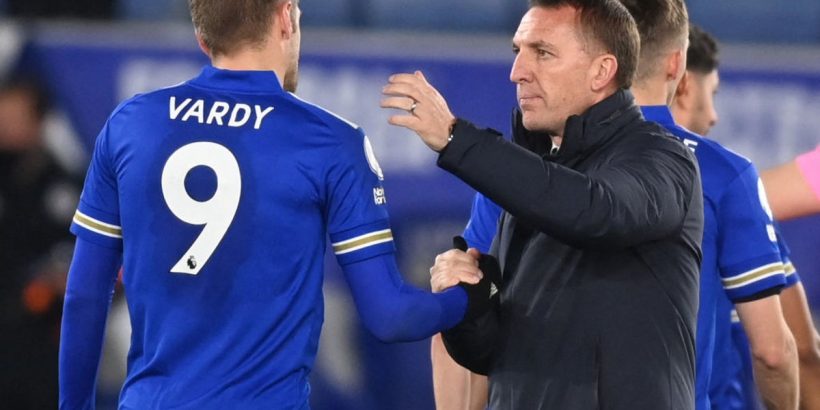 Leicester City must find a way to recapture confidence and form against a much-changed Manchester United side if they want to keep their Champions League hopes for next season alive.

A desperate defeat against Newcastle last time out left the Foxes somewhat panicking that last season’s late fall out of the top four could be about to be repeated, with three tough Premier League fixtures remaining, as well as the FA Cup final.

They’ll have the chance to put out a stronger side than United, though, with Ole Gunnar Solskjaer acknowledging he’ll have to rotate heavily to keep players fit for three matches in five days due to the rescheduled clash with Liverpool on Thursday.

United must win the game to prolong the title race, though that appears a foregone conclusion in any case – and United’s top-four status is already assured.

The match kicks off at 6pm BST on Tuesday, 11 May at Old Trafford.

The game will be shown live on BT Sport 1 and BT Sport Ultimate. Subscribers can stream the match via the BT Sport app and desktop website.

Anthony Martial and Dan James are missing from the United attacking ranks, while Harry Maguire also faces a spell on the sidelines. Phil Jones remains a long-term absentee. The likes of Juan Mata, Donny van de Beek and Axel Tuanzebe could all feature, while Amad Diallo could make his full Premier League debut.

Leicester are without James Justin, Harvey Barnes and Wes Morgan due to ongoing injuries, while Jonny Evans is also a doubt for this match.

A much-changed United side are likely to lack cohesion and fluidity, but those coming in will also be desperate to prove they should be involved in the Europa League final – and in far more matches next season. They could frustrate a fragile and out-of-form Leicester. United 1-1 Leicester.