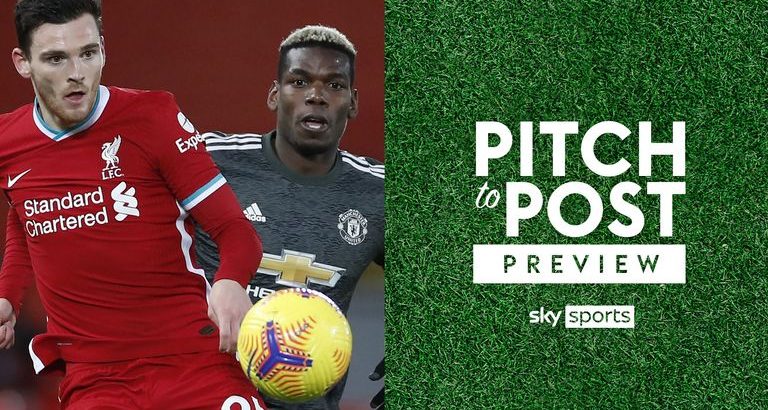 After what he described as an ‘unacceptable’ performance in the draw to Newcastle last time out, Jamie Carragher explains what Liverpool must do in their must-win trip to Manchester United this Sunday to keep their top four hopes alive.

The Sky Sports pundit joined Peter Smith on the Pitch to Post Preview Podcast to look ahead to the big game at Old Trafford – which you can watch live on Sky Sports – and also spoke about why he believes United are only a couple of signings away from being serious Premier League title contenders next season.

“Man Utd were outstanding in the second half against Roma, they’ve got goals in the team. When you watch them play, there’s lots of areas from which they can score. Solskjaer would’ve been a bit worried at half-time from what he saw with the two away goals, but to score five times in the second half has put the semi-final to bed. He could even possibly rest players in the second leg. I wouldn’t say it was something I expected, but we’ve seen so often how they have come back from losing positions this season. 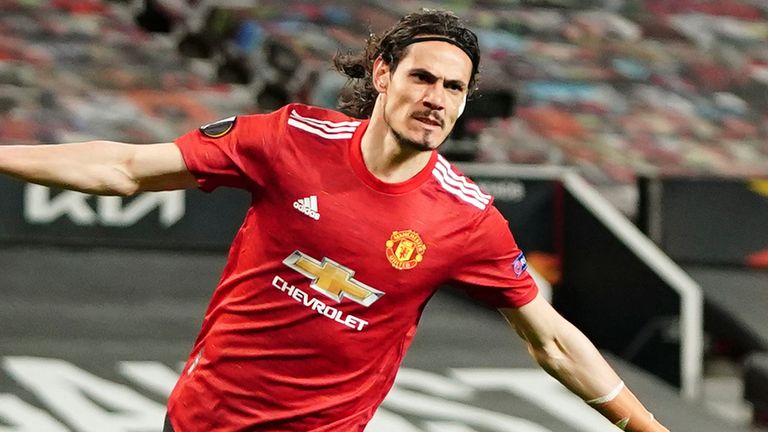 “It all clicked and some of the finishing was outstanding. When you look at the signing of Edinson Cavani, it may have raised a few eyebrows when it initially happened, but he’s been great and I feel it’s imperative now that he signs again.

“Bruno Fernandes has been like that ever since he signed but we’ve only seen it in glimpses from Paul Pogba. If they can get Pogba playing more often like that, they’d be very potent. Together, they’re two of the most creative and best-quality players within the Premier League and Ole seems to have now got that balance right by playing Pogba from the left.

“I don’t think it helps Marcus Rashford as that’s the position he’d like to play, but it’s a way of getting both Pogba and Fernandes in the team. I always thought they’d struggle for that to work together as a partnership, so credit to the manager. He’s found a way to make that happen at the moment.”

‘Man Utd get too much criticism’

“How much of a leap would it be for Man Utd to win the title next season? It would be a jump, of course it would be. But I actually think Man Utd get too much criticism for what they’re doing right now. Man City are phenomenal… we’re talking about a team who were on the verge of doing the Quadruple and could still do a treble. Man Utd are 10 points behind but when you see the distance that some teams in second and third have been behind [the champions in the past], 10 points doesn’t sound too bad to me.

“We’re talking about a team who haven’t lost away from home in the Premier League this season and I think they’ve only lost one game in their last 20 or so in all competitions – in the FA Cup at Leicester – they come from behind to win games, so I think there’s a lot to be excited about. They’ll need one or two players in the summer but that’ll be the same for every team. 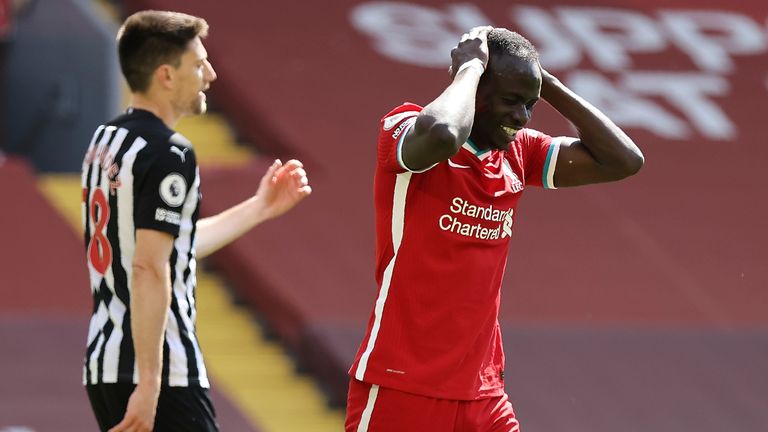 “When you look at other great attacking partnerships and front threes from the past, they last probably three years and then you move on. Liverpool’s have been together for probably four or five years so it does need breaking up in the summer. That’s where Liverpool need to invest, as they do at centre-back of course. It’s actually quite similar to Manchester United, but that’s where Liverpool need to spend the money.

“The front three have been amazing but it’s just at that stage now where it needs something else and it must be rectified in the summer when you think of the chances that have been missed this season. You have to move with the times, and an extra bit of competition up front wouldn’t go amiss.”

How do Liverpool beat Man Utd in this must-win game?

“A good start will be imperative in the game given that Manchester United have played on Thursday night. They had a big win so they’ll be confident but you can have a bit of a come-down so soon after playing while Liverpool have had a free week so it’s imperative Liverpool start quickly. They need to get after United and make it a fast and energetic game. 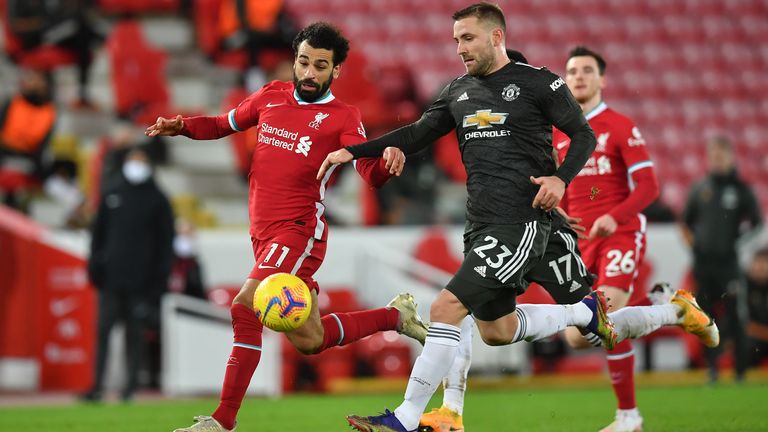 “I thought Liverpool played really well in the FA Cup game at Old Trafford this season, but big defensive mistakes that day ultimately cost them. They’ll be looking for a similar sort of performance but the start will be huge. Liverpool will have to get the first goal if they are to have any aspirations of going on to win the game, which is what they have to do. Liverpool have to win and they need to show that from minute one.”

“I think it won’t be [a cagey 0-0] this time around. I’d probably blame Manchester United more for the 0-0 [earlier this season] in that I actually thought they were happy with it. Liverpool were there for the taking – they had good chances but they just seemed to put the handbrake on during the second half. It’s something they may look back at and regret come the end of the season.

“It was very close at that stage over who was top of the table out of Liverpool and United. I think it’ll be a much better game than that.”

“With the run-in, I looked at it before the result against Newcastle and thought Liverpool may have to win every game taking out the trip to Old Trafford. If they were to now win this weekend, that would balance it up. Liverpool basically need to win every game from now until the end of the season.

“All the other games look really winnable on paper, but that’s been their problem all year. You can’t really trust them to win a game on paper you expect them to. There’s not too much confidence, but a lot of the belief could be restored off the back of three points at Old Trafford.”

Pitch to Post Preview: Jamie Carragher on Man Utd v Liverpool; Plus: Chelsea’s striker problems and Arsenal’s issues on and off the field

Sky Sports pundit Jamie Carragher joins Peter Smith to look ahead to Manchester United’s Super Sunday clash with Liverpool. He assesses United’s big Europa League semi-final win over Roma and where Ole Gunnar Solskjaer’s side need to strengthen if they are to be Premier League challengers next season. Plus, he gives his verdict on Liverpool’s top four hopes – and how they can come out on top in their must-win trip to Old Trafford.

Sky Sports features writer Nick Wright is also on the show, discussing Chelsea’s misfiring strikers ahead of their clash with Fulham, and also offering his insight on Arsenal’s Europa League semi-final defeat to Villarreal, what needs to change before next week’s second leg, and the wider ownership debate which has led to fan protests. He also shares his Pitch for what he thinks will happen in the Premier League this weekend!