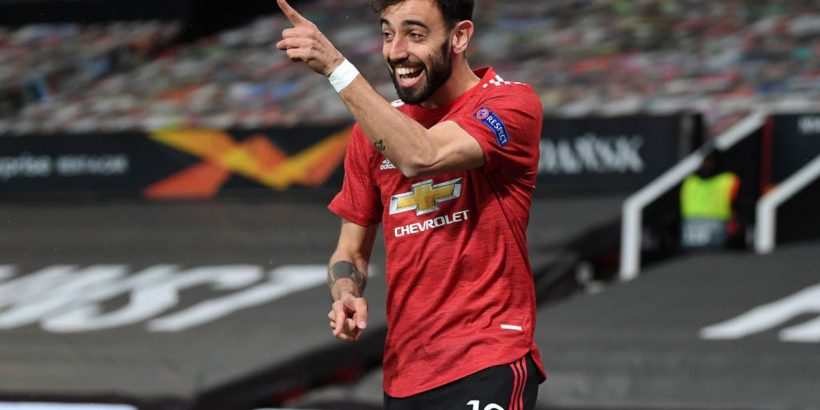 The Red Devils dominated Roma in the first leg of their Europa League semi-final, winning 6-2 at home.

It was the perfect response after the club’s goalless draw with Leeds last weekend ended a run of five straight wins for Ole Gunnar Solskjaer’s side.

Liverpool need to win to keep pace with Chelsea in the race for the Champions League.

The fixture will kick-off at 4:30pm GMT at Old Trafford.

The match is live on Sky Sports Premier League and Main Event with coverage starting from 4pm GMT.

Anthony Martial and Phil Jones remain out with knee issues, but Ole Gunnar Solskjaer has no new concerns ahead of the clash with Liverpool.

Liverpool will be without Nat Phillips which means Fabinho will likely deputise alongside Ozan Kabak in central defence. Jordan Henderson and Divock Origi are both out.

There are contrasting atmospheres surrounding either club, with Manchester United feeling good after an impressive season while Liverpool have faltered. I think they share the points here though. 2-2.