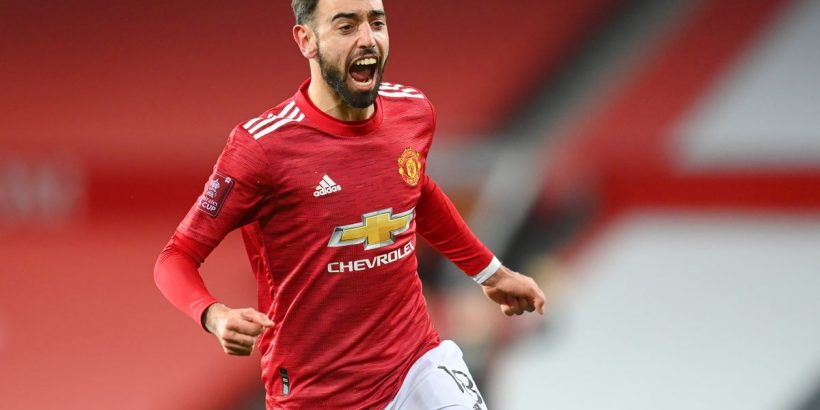 Manchester United welcome rivals Liverpool to Old Trafford tonight in the Premier League – less than two weeks after the match was postponed due to fan protests.

Over a thousand United supporters gathered outside Old Trafford ahead of the 2 May fixture in protest of the club’s owners, the Glazer family, and their involvement in the European Super League plans. Around a hundred fans made their way onto the pitch, while another group stopped the United bus from leaving the Lowry hotel in the city.

The rescheduled fixture has created a packed week for Ole Gunnar Solskjaer’s side, with four games in eight days. United made 10 changes as they were beaten 2-1 by Leicester on Tuesday, a little over 48 hours after they had beaten Aston Villa.

Leicester’s victory means Liverpool must win their remaining four fixtures to have any chance of qualifying for next season’s Champions League, while it also handed the Premier League title to Manchester City – ending United’s unlikely pursuit of their city rivals.

Here’s everything you need to know ahead of the match tonight.

It will air live on Sky Sports Main Event and Premier League. If you’re not a Sky customer you can grab a NOWTV Day Pass here to watch without a subscription.

Ole Gunnar Solskjaer is expected to make further changes to his side, but will be unable to call upon captain Harry Maguire as the defender looks set be side-lined for the remainder of the Premier League campaign. Daniel James and Anthony Martial also remain out.

Jurgen Klopp has confirmed Liverpool will be without Ozan Kabak, James Milner and Naby Keita after they missed the win against Southampton on Saturday with injury concerns. Captain Jordan Henderson is not expected to play again this season while Virgil van Dijk, Joe Gomez and Joel Matip remain long-term absentees.

It’s now or never for Liverpool. There’s no question that tonight’s match means more to them with Champions League qualification on the line, with United’s second place finish looking set and Solskjaer keen to avoid any further injuries ahead of the Europa League final on 26 May. Klopp’s side could face further frustration, however. Not much has gone to plan for them this season. Manchester United 1-1 Liverpool