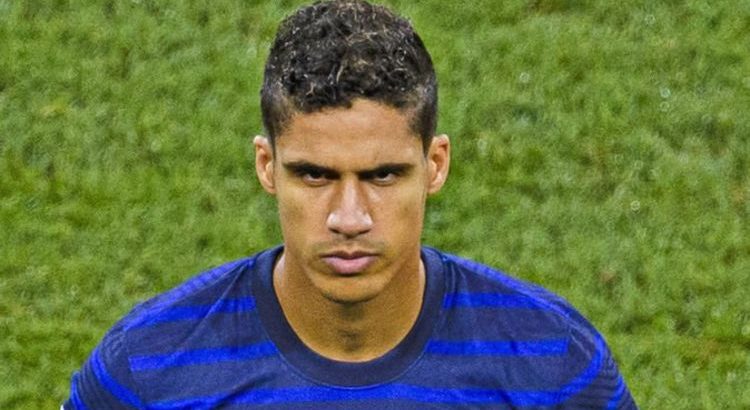 Manchester United want a ’significant’ signing once they’ve wrapped up a deal for Raphael Varane, according to reports. The France international is Ole Gunnar Solskjaer’s priority transfer target at the current moment in time. And, a decade after Sir Alex Ferguson failed to bring him to Old Trafford, a move could finally take place.

Manchester United are ready to go for the Premier League title next season.

The Red Devils have failed to win the prize every year since Sir Alex Ferguson’s retirement, coming in the top two just twice since 2013.

But with the Glazers determined to show they’re committed to the cause, they’re now ready to give Solskjaer the transfer backing he needs.

Jadon Sancho’s deal is nearly done, with the club preparing to announce the Borussia Dortmund star.

And they’ve already welcomed Tom Heaton back to Old Trafford, who is determined to challenge David De Gea and Dean Henderson for a starting berth.

As things stand, they’re working on a deal for Varane.

But the Manchester Evening News claim they’re looking to make a ‘significant’ signing once they’ve managed to get a deal for the France international over the line.

At the moment, they’ve still got some way to go.

Real Madrid are waiting to find out whether Varane really does intend to leave, with the La Liga giants then willing to place him on the market if that’s the case.

The 28-year-old feels he’s achieved everything possible during his spell at the Bernabeu and a move to United appeals, despite Paris Saint-Germain also being in the hunt.

There is some wariness over at United about whether the World Cup winner is using them for a new contract.

Sergio Ramos did the same back in the summer transfer window of 2015, giving the Red Devils encouragement before extending his deal at the Bernabeu.

England have four heroes rise up in Denmark win

But United, this time around, think things will be different.

Regarding the ’significant’ signing, Atletico Madrid star Kieran Trippier has been linked with a move.

The Red Devils have already had one bid rebuffed for the England international, who started his country’s Euro 2020 final defeat to Italy on Sunday.

And with uncertainty surrounding the future of Diogo Dalot, interest in Trippier could be revived.

In midfield, United are big admirers of Declan Rice.

But with West Ham slapping a price tag of £100million on their prized asset, Solskjaer’s side could pursue Rennes midfielder Eduardo Camavinga instead.

Regarding Varane, former United star Nicky Butt recently opened up on the player – and insisted he’d be the ideal fit for his old team.

“For me, next season has to be about getting some silverware back in that trophy cabinet for Manchester United,” Butt said.

“It’s about getting the right players who will allow you to challenge for trophies.

“It’s a winning club, so we can’t go this long without silverware.

“The biggest thing that needs addressing for me at Manchester United this summer is that centre-back position; we need a partner for Harry Maguire.

“It has to be someone that’s going to be compatible with Maguire.

“If you spend the kind of money you did on Harry Maguire, you then have to follow it up by bringing someone in who can play with him.

“He’s the club captain; Victor Lindelof is too similar to him. It needs to be someone with pure, blistering pace, someone who can play out from the back.

“Everyone talks about Raphael Varane. I understand he’s a little bit older than most people would perhaps like, but you just have to go back to the days of Teddy Sheringham.

“I think we bought him when he was 32, and we went and won the treble with him. If Varane is available, then I’d go all out for him.”