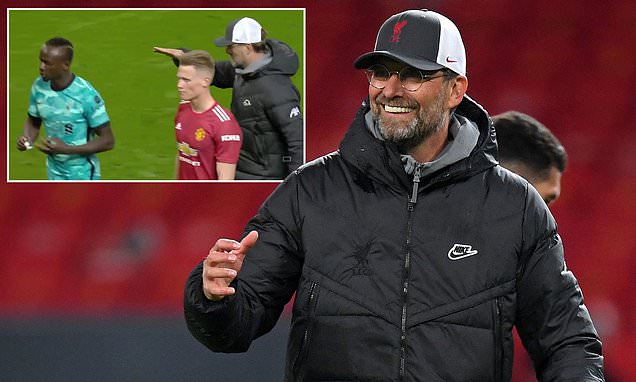 Jurgen Klopp brushed off a spat with Sadio Mane after he celebrated his first win at Old Trafford as Liverpool manager on Thursday.

Mane, who started on the bench and replaced Diogo Jota in the 74th minute, refused to shake Klopp’s hand at the final whistle as he marched towards the tunnel shaking his head.

The Liverpool boss played down the incident and admitted that he had not had a chance to explain his selection to the Senegal striker. 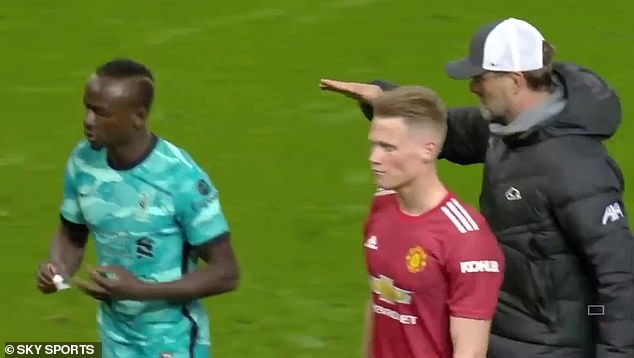 ‘No, there is no problem,’ said Klopp. ‘I made a late decision in training before the game to put Diogo in.

‘The boys are used to me explaining things but there was no time for that. It is all fine. Sadio was slightly angry but that is all.’

Former Liverpool manager Graeme Souness criticised Mane for snubbing Klopp, particularly after his team had picked up their first win at Old Trafford in seven years.

‘I wouldn’t be happy,’ Souness said on Sky Sports. ‘He should have shaken his hand. He doesn’t want a cuddle but he should show a bit of respect. Klopp though played down the incident, insisting he had not had a chance to explain to Mane his omission from the Liverpool starting XI that defeated Manchester United 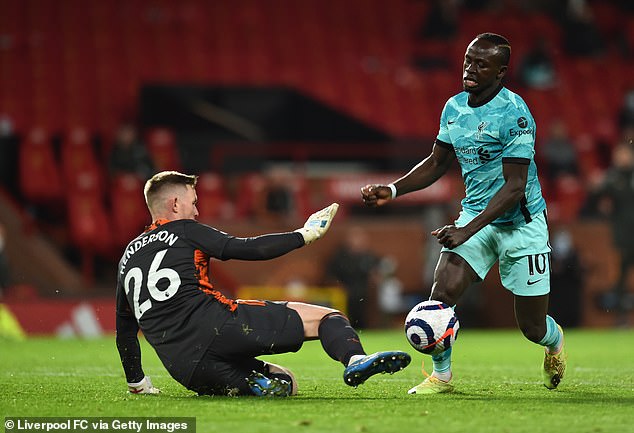 ‘It’s disrespectful to his manager and most importantly to the football club. Of course, he’s not happy at being at being left out, but how can he argue at being a sub when Liverpool have won at Old Trafford?’

Former Manchester United midfielder Roy Keane added Mane should not have reacted the way he did, but could sympathise with his frustration: Roy Keane: ‘I think obviously the player is out of order but not every player wants… there is a new trend now among managers, everyone going on the pitch giving high fives.

‘I know when I was a player I didn’t want the manager coming on and giving me high fives. If we had won the league maybe but even then I’d be doubtful.

‘I just think if he sees the player is upset, just back away. It is bad enough your own manager but now you see the opposition manager going around giving everyone high fives.’ Victory boosted Liverpool’s hopes of securing a Champions League place. ‘The only thing we can do is to win our games, that was not the case before,’ added Klopp.

‘Being in a position where you have it in your own hands to qualify for the Champions League is a big thing.’

United boss Ole Gunnar Solskjaer lamented his side’s second home defeat in the space of three days as they conceded two Roberto Firmino goals either side of half-time. ‘That was a kick in the teeth,’ said Solskjaer.

Meanwhile, United midfielder Fred was racially abused on social media after the game.