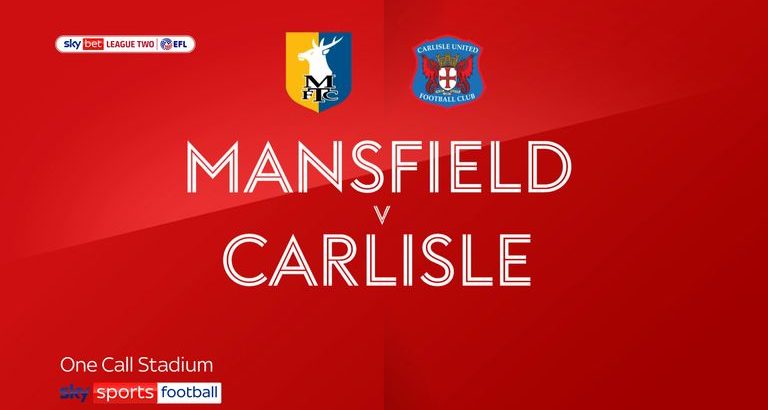 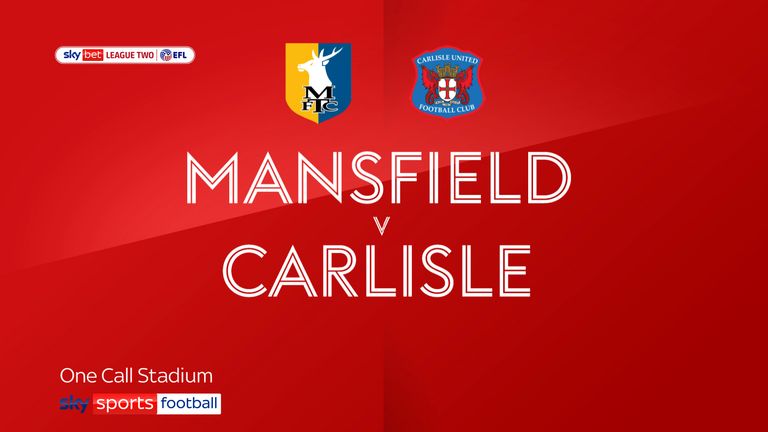 Stephen McLaughlin rescued Mansfield a 1-1 draw with a late free-kick as Stags fought from behind against Carlisle.

Kick-off was delayed by 30 minutes due to some United players being stuck in traffic, but Carlisle had three chances in as many minutes.

Jon Mellish blazed across the face of goal on eight minutes, then Aidan Stone had to tip away Offrande Zanzala’s finish from Jack Armer before Rhys Bennett slipped at the vital moment when Armer’s cross reached him.

Seven minutes after the break Norman kept out a Jason Law shot and a Harry Charsley header in quick succession.

But on 66 minutes Jordan Bowery lost the ball and Mellish ran on and sent in a shot that spun away from a deflection to Zanzala who made no mistake with a rising finish – his fourth goal in three games.

Stags then came desperately close in a succession of chances as Charsley lifted one over on 71 minutes, James Perch hit the bar off Norman’s fingertips on 74 minutes and Reid volleyed over a minute later.

But they were finally level with 10 minutes to go as McLaughlin found the bottom left corner with his 19-yard free kick.