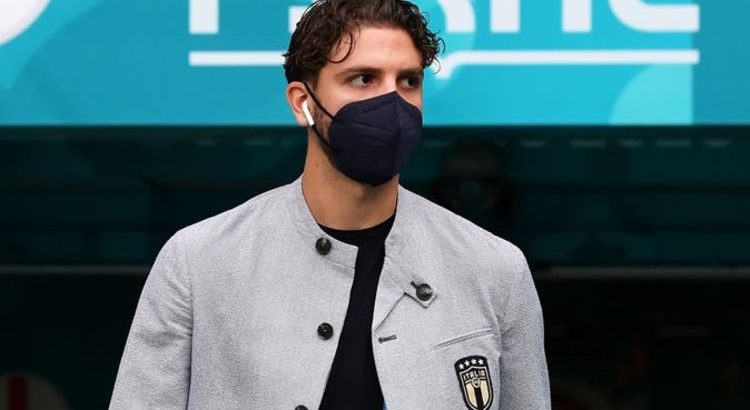 Arsenal are reportedly looking to bolster their midfield options this summer with Sassuolo star Manuel Locatelli. However, the Gunners face serious competition from Serie A giants Juventus and aren’t considered favourites for his signature.

According to Fabrizio Romano, Locatelli will leave Sassuolo this summer and Arsenal and Juventus are vying for his services.

However, the 23-year-old prefers to remain in Italy with the Old Lady, with Champions League football likely the main selling point.

If Arsenal snatch him from Juventus’ grasp, though, Mikel Arteta will be adding a player with several qualities to his squad.

Express Sport look at four top-class traits Locatelli could bring to the Emirates Stadium this summer.

Locatelli’s tendency to press with great urgency has seen him thrive in Sassuolo’s high-pressing set-up.

With Arteta also using a similar style, the Italian star is an unsurprising target in the current transfer window.

Locatelli used his energy and anticipation last season to make an average of 1.6 tackles and 1.3 interceptions per game.

He has also showcased the ability to win or receive the ball up from deep and drive forward to progress play.

Locatelli completes almost 70% of his dribbles and records over six progressive ball carries per 90 minutes.

It’s the sign of a top-quality box-to-box midfielder, which would complement the hard-hitting, defensive style of Thomas Partey alongside him.

Locatelli’s calmness on the ball is a joy to behold, and it makes him highly secure in possession.

Over the last two seasons, Locatelli has managed to make the most touches and complete the most passes among Sassuolo players.

That’s impressive in its own right but is made even more astounding by the fact Sassuolo enjoyed the highest average possession in Serie A during that period (56%).

He has become an invaluable part of Roberto De Zerbi’s plans and will leave a significant void at the heart of his team.

Like any high-pedigree midfielder, Locatelli’s passing range is also commendable.

The young star has the ability to pick out a wide variety of passes for his teammates, from short ones to recycle possession to long balls that create chances.

Last season in Serie A, he thrived in the completed passes, chances created and progressive passes rankings.

He also averaged 2.8 crossfield switch balls per 90 in the 2020/21 campaign, proving he can play across the pitch too.