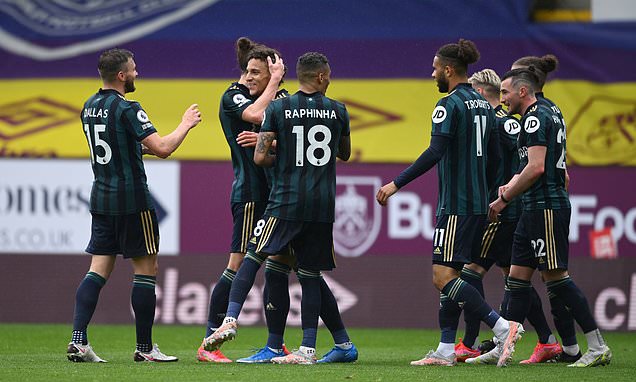 Against all forecasts, Leeds United are actually getting stronger the longer the season goes on. This was meant to be the time of year when Marcelo Bielsa’s men would be spent, having charged around at 100mph for eight months.

Instead, they’ve lost only one of nine — despite a fixture list including Manchester City, Liverpool, and Manchester United — and cruised past Burnley on Saturday with goals from Mateusz Klich, Jack Harrison and a Rodrigo double.

It was Sean Dyche’s side, who had ensured their Premier League survival only a few days earlier, who looked fatigued. 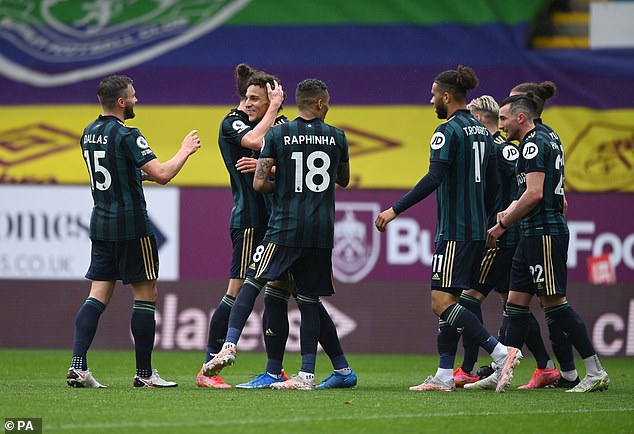 ‘We played more matches in the Championship in the last two seasons and we were fine,’ said Klich. ‘People said we would burn out because of our intensity but our squad is getting stronger. Players have come back from injury and it is a bigger squad now. We can still run. It is not fair when people say we will burn out.’

Klich opened the scoring with a cracker after 44 minutes, and though Harrison’s second was fortunate, deflecting a wayward Ezgjan Alioski shot, Rodrigo then boosted his chances of a Spain call-up for Euro 2020 by adding a classy late double. The only potential cloud is a report landing on the FA desk regarding a strange series of gestures made by Alioski following a clash with Burnley’s Dwight McNeil.

Alioski stuck out his tongue, cupped his ears and puffed out his cheeks to prompt a Burnley player to protest to the referee. It’ll be investigated to see if Alioski’s actions were sinister. There was also an unconnected incident in the tunnel after the final whistle with Burnley’s Ashley Westwood dragged away to prevent a confrontation. 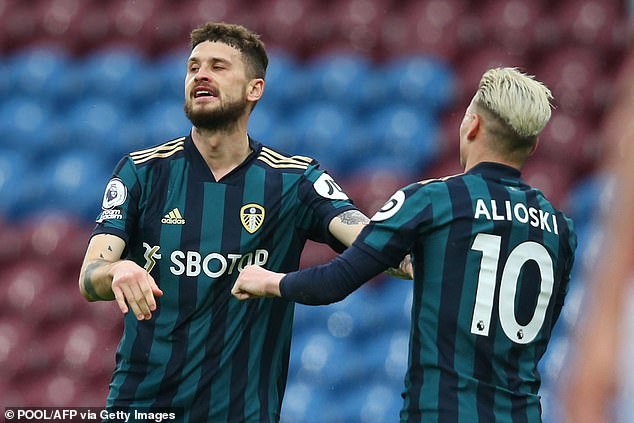 For Burnley, it was a 10th game in a row at Turf Moor without a win. Midfielder Jack Cork admitted: ‘I don’t think anyone can put a finger on it except for the fact the fans are missing. The atmosphere will be a lot different when supporters are back.’

That will happen on Wednesday when the Clarets will offer 3,500 free tickets for their game against Liverpool.

England goalkeeper Nick Pope missed out at the weekend with a knee injury but Dyche is confident he will return next weekend to prove his fitness to Gareth Southgate before the Euros.