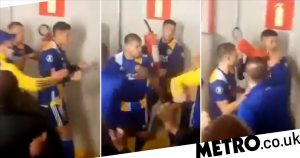 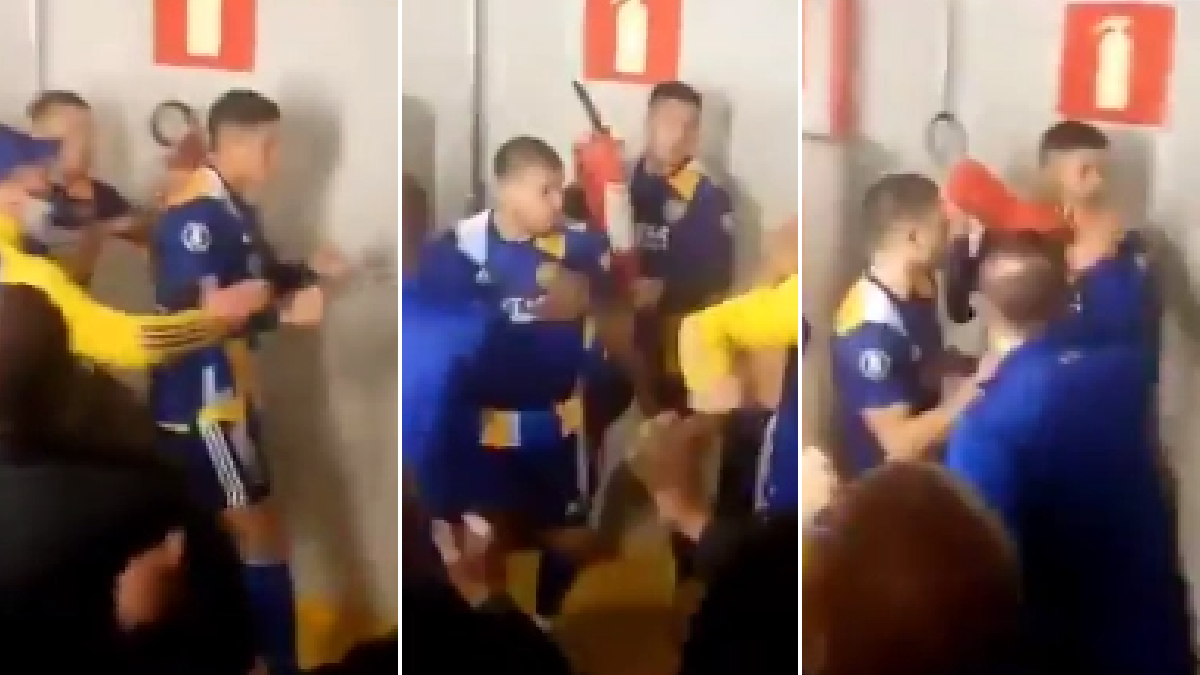 The Argentine side were dumped out of the quarter-finals on penalties against Atletico Mineiro after no goals were scored across the two legs, while only Rojo netted his spot-kick as Boca lost the shootout 3-1 in Belo Horizonte.

But Boca’s players and coaching staff were livid and felt they have two goals wrongly ruled out by VAR over the two legs and tensions spilled over after the full-time whistle.

Players rampaged through the tunnel and mixed zone inside the stadium, with Boca’s players throwing over barriers and metal railings and lobbing objects as they tried to find the match officials.

They were believed to have taken refuge in the Mineiro dressing room, with the seething players making a beeline for the changing room as security tried to stop their advance.

Rojo was one of the main aggravators, leading the charge, and in shocking scenes he even appeared to throw a punch at a security guard who hit the deck before running away.