It has been a long season for everyone involved in Premier League football and with Euro 2020 still to be played this summer, the end is far from sight. You could understand, though, if Marcus Rashford was feeling the effects more than most of his top-flight peers. Even when putting his admirable extra-curricular work to one side, the past year with Manchester United has been demanding and taxing on his body.

After scoring 19 goals in 23 games for club and country, Rashford went five months without playing between mid-January and Project Restart last year because of a persistent back injury and the pandemic. He still looked uncomfortable on his return and was certainly lacking match practice, scoring only three times in his 13 appearances to close out the campaign.

Ole Gunnar Solskjaer confirmed on Tuesday that Rashford’s back is no longer a problem but, since the autumn, he has been playing with a shoulder issue that may require surgery once his schedule clears after the Euros. “I just focus on the next game at hand and that’s just the way I deal with it, what’s needed after we will deal with that after,” Rashford said last month. “I know my body and I know what I can do physically and that’s it.”

Those comments came just a few days after Rashford limped out of the Manchester derby at the Etihad with an ankle injury. He recovered, played in United’s wins against West Ham and Milan, then suffered what Solskjaer described as a “twinge”. Rashford subsequently missed the FA Cup quarter-final defeat away to Leicester City and England’s three World Cup qualifiers, despite initially joining up with the national squad.

Rashford returned to start and score in Sunday’s win over Brighton, though was forced off again not long after his second-half equaliser. His recovery in time for tonight’s Europa League quarter-final trip to Granada was in doubt until he returned to training yesterday and joined the travelling party. “We’ve got to make a decision if he starts or is on the bench,” Solskjaer said. “I don’t think he’ll be a 90-minute man so let’s see where he’s at.”

Solskjaer insisted on Tuesday that he would never take an unnecessary risk with Rashford’s fitness or that of any other player. As someone whose own playing career ended slowly and with great frustration due to injury, he is aware of the dangers. “If the physios’ and the medical advice is that it’s too much of a risk playing, I will never ever play a player that in advance we know about if it’s going to make it worse or if it’s a serious one,” he said.

“Marcus joined in training this morning so let’s see how he reacts, if there’s any risk of making it worse I’m not going to overplay him. His back has recovered and he’s a tough one and he wants to play and he wants to give his all for Man United and it’s also a responsibility for the player to tell us, as he did on Sunday [when] he said it was too sore and he had to come off.”

Including Rashford, five United players – all outfielders – have already clocked more than 3,000 minutes this season. Fred is only nine minutes away from joining Rashford, Bruno Fernandes, Aaron Wan-Bissaka and Victor Lindelof on that list, which is topped by Harry Maguire. United’s virtually ever-present captain passed the 4,000-minute mark in the second half of Sunday’s win over Brighton.

Compare that workload with other Premier League clubs competing in Europe this season. Arsenal only have their goalkeeper Bernd Leno above the 3,000-minute threshold. Chelsea only have Mason Mount. At Leicester, it is just Kasper Schmeichel and Youri Tielemans. At Manchester City, it is Ederson, Ruben Dias and Rodri. Tottenham have Hugo Lloris, Pierre-Emile Hojbjerg and Harry Kane, though Son Heung-Min is teetering on the edge.

Only Liverpool can compare with United. Five of their outfield players plus Alisson are all over the 3,000-minute mark, despite domestic cup exits meaning Jurgen Klopp’s side have played 44 games compared to United and City’s 48 and Tottenham’s 50. Was fatigue a factor in their limp defeat away to Real Madrid this week or the post-Christmas collapse in the Premier League? Maybe only partly, but it has undoubtedly played some role. 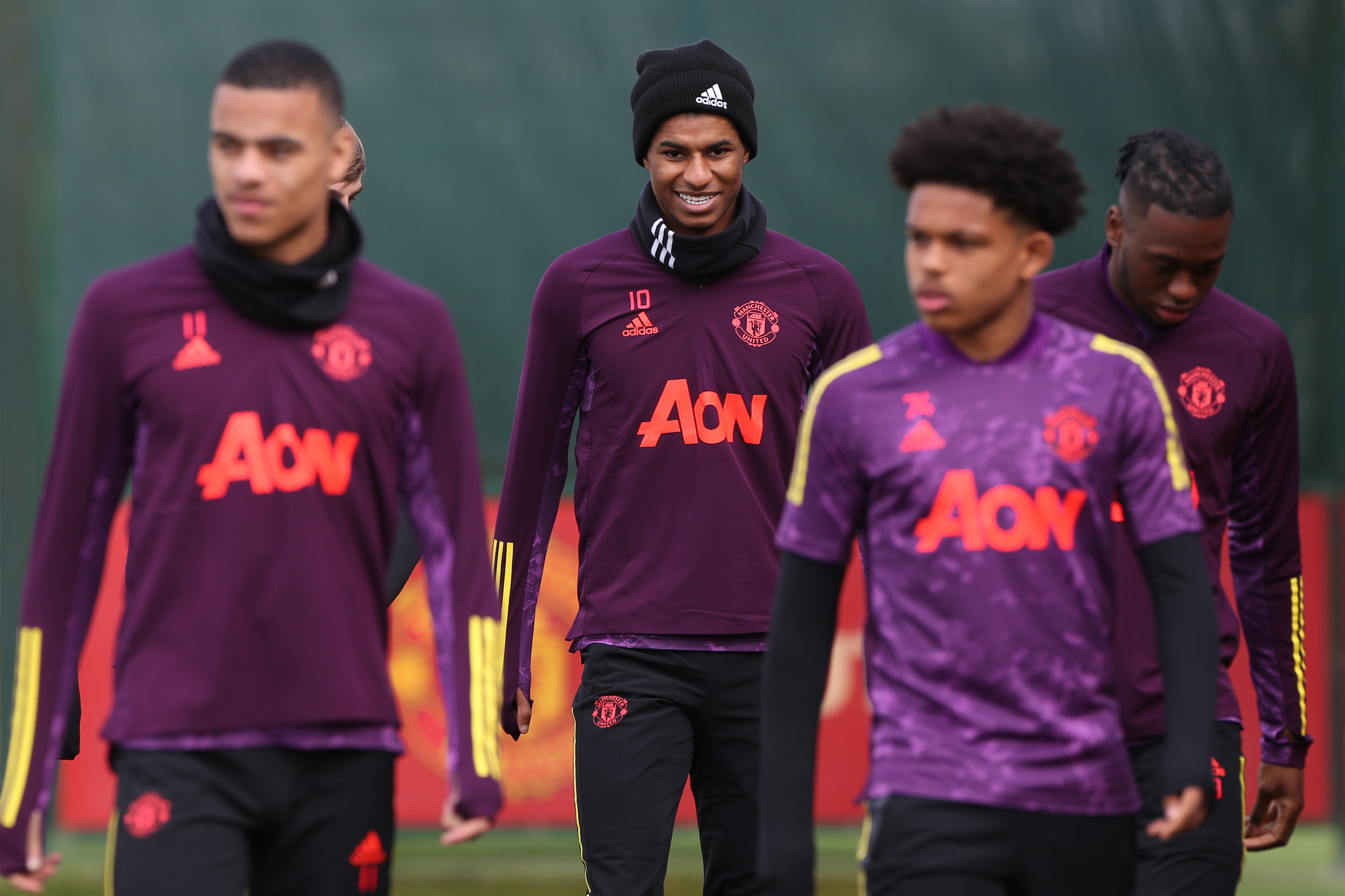 Solskjaer would be wise to avoid risking similar burnout but, as the minutes show, he tends to trust a small group of regular starters, only offering cameos to those on the fringes.

Donny van de Beek and Daniel James are two players who have largely stayed fit all season yet have only around 13 full games’ worth of playing time. Alex Telles and Axel Tuanzebe might have expected to play more, too. Jesse Lingard’s loan to West Ham has been hailed as a win-win for all parties – and it is true that he desperately needed a fresh start away from Old Trafford – but watch his performances and you wonder whether he was worth more than just 179 minutes during the first half of the season.

The irony is that the Europa League is emerging as the competition to prioritise. Though United’s league run-in is not entirely straightforward and a couple of poor results could drag them back into the top-four race, qualification for next season’s Champions League looks likely. A couple more wins domestically and it could be safe enough for Solskjaer to focus his energy on Europe and winning his first trophy since taking charge.

United are not quite there yet, though. And as well as being favourites to win the competition among an uninspiring set of last-eight teams, they have been given the kindest quarter-final draw. Granada are a solid but unspectacular mid-table side in La Liga, enjoying results that have not always matched up to their underlying performances. Fielding a full-strength line-up at Nuevo Los Carmenes tonight would be overkill. Keeping Fernandes or even Maguire among the substitutes could be beneficial in the long-run.

And at the very least, Rashford is deserving of a well-earned rest.