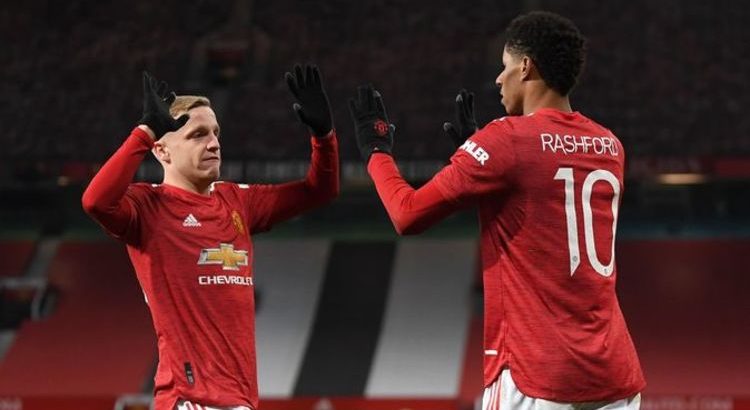 Marcus Rashford has sent his love to Manchester United team-mate Donny van de Beek, who has been forced to withdraw from Holland’s Euro 2020 squad. The 24-year-old is struggling with an injury and has fittingly ended a frustrating season at club level.

Van de Beek completed a £35million move to United from Ajax in September but watched most of the 2020/21 campaign from the bench.

Bruno Fernandes’ breath-taking form, matched with the Dutchman’s lack of sharpness when given opportunities, has limited his game time at Old Trafford so far.

After making just four Premier League starts throughout the season, Van de Beek was left on the bench for all 120 minutes of United’s Europa League final defeat against Villarreal.

He would’ve been chomping at the bit to return to form with a strong Euro 2020 showing, but that is now off the table. 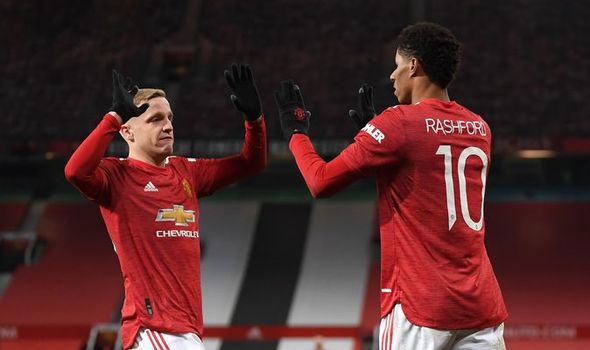 On Tuesday morning, the Dutch Football Association confirmed the midfielder’s withdrawal in a statement.

It said: “Donny van de Beek has to let the European championship pass by. The Manchester United midfielder is struggling with an injury.”

Shortly after the announcement, Rashford was one of many to send well wishes Van de Beek’s way on social media.

“Sorry mate, @Donny_beek6. Take some time for yourself and keep your head high,” Rashford tweeted.

Netherlands head coach Frank de Boer is yet to replace Van de Beek in his squad, following what will be seen as a significant blow to the nation’s chances this summer.

Despite his early struggles in Manchester, Van de Beek has played an important role for his national team in recent years.

He has won 19 caps in total, last featuring for Oranje in a 7-0 triumph over Gibraltar on March 30, in which he scored.

The midfield maestro will now rest up ahead of what’s expected to be a big battle to force his way into Ole Gunnar Solskjaer’s plans. 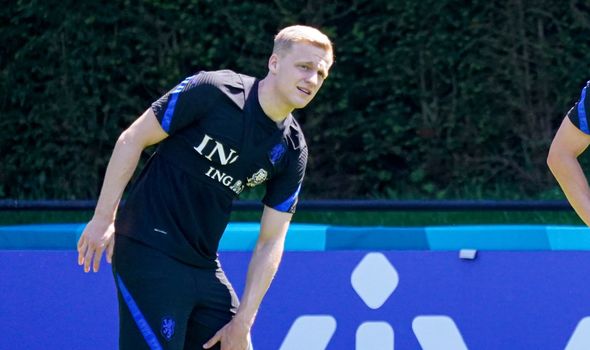 At times across the 20/21 season, it felt like the Norwegian manager didn’t trust Van de Beek.

Considering the star’s £35m arrival was deemed United’s ‘marquee’ capture of last summer’s transfer window, the circumstances have been bizarre.

There is a belief among fans that not Van de Beek, but rather Jack Grealish was Solskjaer’s first-choice attacking midfield target last year.

However, Aston Villa’s Premier League survival priced United out of a move, so the club went and stole the Dutchman from under Real Madrid’s noses.

A full pre-season will do Van de Beek’s chances to impress no harm, so he’ll be hoping to recover in time for when preparations for the new campaign commence.