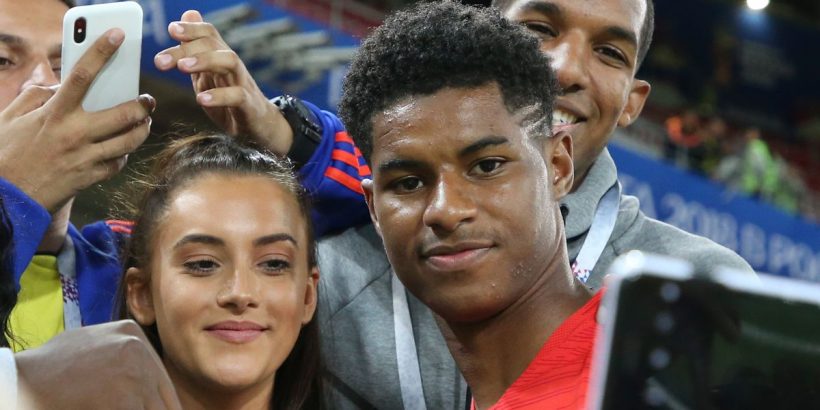 The 23-year-old and his partner, who was with the England forward before his breakthrough at Old Trafford, are said to have broken up over the pressures of lockdown.

But they still have a 'mutual love and respect' for each other, according to a source who spoke to The Sun.

Rashford, who has lobbied for support in his anti-poverty campaign off the pitch, has seen Lucia, 23, move out of their house.

The source close to the United star said: “After eight years together, Marcus and Lucia have made the mutual decision to part ways.

“It is a result of the pressures and strains of the Covid pandemic and lockdowns, and the confinement that has brought with it over the last 12 months.

“There is a strong mutual love and respect for one another, having met at school, and there is a continued dialogue with the hope of a reconciliation in the future.”

Rashford and Lucia met in the halls of Ashton on Mersey School in Sale, Greater Manchester. And she was also seen at the Three Lions’ 2018 World Cup campaign supporting her boyfriend, who helped them reach the semi-finals in Russia.

But Covid-19’s lockdown regulations put pressure on the couple, with Lucia graduating from a degree in Advertising and Brand Management to work for PR company Sugar from home.

While Rashford’s busy season has been coupled with campaigning work off the pitch to stop child poverty.

The report, though, says that the pair are staying in touch and are kindling hopes of getting back together if they can work through the issues.

The source added: “Marcus has had so much going on, with his football and campaigning and people wonder whether that contributed to the situation with Lucia.

“She has supported everything he has done on child poverty but it has added to his workload.

“Maybe, after a break, they will be able to work things out and get back together.”