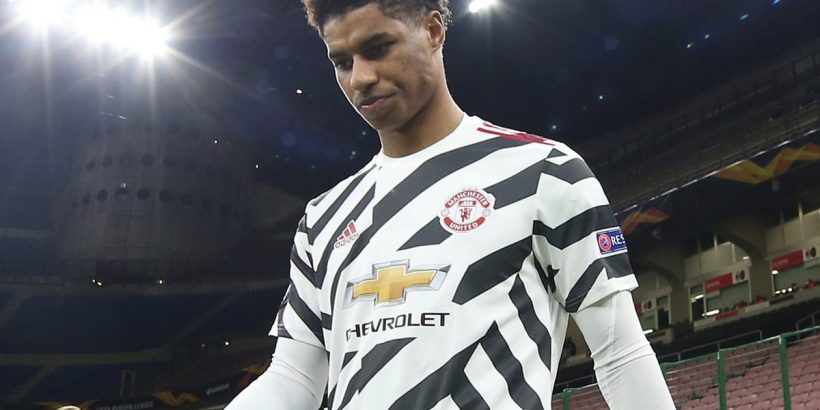 Marcus Rashford was forced off through injury during Manchester United’s win against AC Milan, Ole Gunnar Solskjaer has confirmed, putting his involvement in Sunday’s FA Cup quarter-final against Leicester City in doubt.

The 23-year-old was replaced at half time by Paul Pogba, who went on to score the only goal of the game as United edged past the Serie A side at San Siro to progress to the Europa League quarter-finals.

Rashford has only recently returned from an ankle injury sustained in the Manchester derby earlier this month and is nursing a shoulder problem, which he may undergo surgery on later this year.

Solskjaer confirmed after the final whistle that his substitution of Rashford was enforced. “Marcus had a twinge, we couldn’t take a risk with him,” the United manager said. “Hopefully he won’t be too bad.

The England international, however, insisted this week that he is not at risk of aggravating his shoulder or suffering from burnout.

“I just focus on the next game at hand and that’s how I deal with [the shoulder injury],” he said. “What’s needed after we’ll deal with that after, but my main focus is just to be available for the games.”

“I know my body and I know what I can do physically and that’s it. I take one game at a time and it’s the life of footballer.

“We can rest when we retire and for now I want to play as much as I can. I recover from games quite well and from injuries I have no doubts, so I have no worries.”