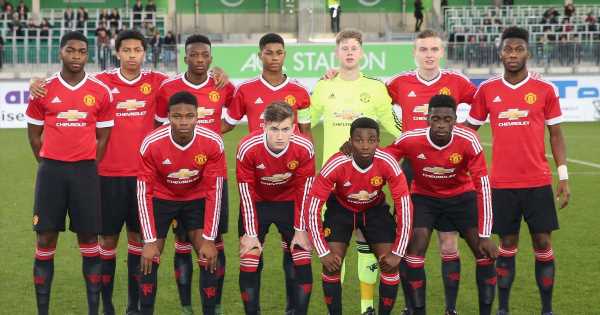 Manchester United star Marcus Rashford had a team-mate from the academy who found out he had been axed by the club on Twitter.

The Englishman is probably the most successful product to come out of the academy over the last decade, scoring 88 goals in 271 appearances for his boyhood club.

But the route up to professional football is one that is started by thousands as youngsters but sees very few make it.

And Rashford’s pal Devonte Redmond, who played with Rashford in the academy for three years from 2013, was one of those who found out in a brutal way.

The 24-year-old, who now plays for National League side Wrexham, was one of eight players released by Jose Mourinho at the start of the 2018/19 season – his last at the helm of United.

But the midfielder was on holiday on the Greek island of Kos when he found out.

Speaking to The Athletic, Redmond said: “I looked at my phone. All of a sudden I’d got loads of notifications on Twitter. ‘All the best’ — lots of messages like that. It was really strange.

Do you think Marcus Rashford is the most successful product of Manchester United's academy in the last decade? Let us know in the comments section.

“But then I saw the reason why all these messages were being sent.

“There was a list of all the lads that United had let go. It had been posted on Twitter and it was the official ‘retained and released’ list. And that was how I found out.”

Having played with Scott McTominay, Timothy Fosu-Mensah and Axel Tuanzebe in the academy, it became an ordeal for Redmond to watch United due to finding out on Twitter. Mourinho’s predecessor Ole Gunnar Solskjaer had taken a different approach to the academy system at United, giving opportunities to the youngsters.

While his recruitment of 18-year-old forward Facundo Pellistri from Uruguay and Atalanta sensation Amad Diallo has been highly praised by fans.