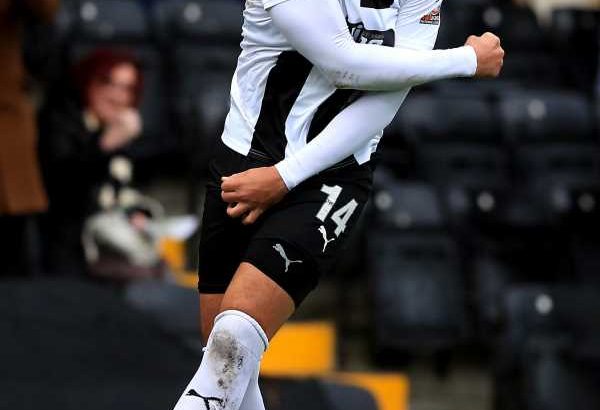 Montgomery played the majority of the second half with a leg problem and was hardly able to walk. Had the 27-year-old been properly mobile, he would surely have come to collect the cross.

It was harsh on the visitors who had twice led during the first half through Danny Rowe’s thunderbolt of a free-kick from 25 yards out – which Notts goalkeeper Sam Slocombe should really have kept out – and a lovely team goal rounded off by Liam Mandeville’s tap-in.

Kyle Wootton equalised on each occasion. First after Rodrigues had charged down a clearance by Curtis Weston and then when he reacted quickest at a corner to poke the ball home.

Former Magpie Nathan Tyson had a glorious chance to restore Chesterfield’s lead late on but Slocombe made a fine block when one-on-one with the veteran forward. It proved a pivotal moment, as Ellis popped up with the winner right at the end.