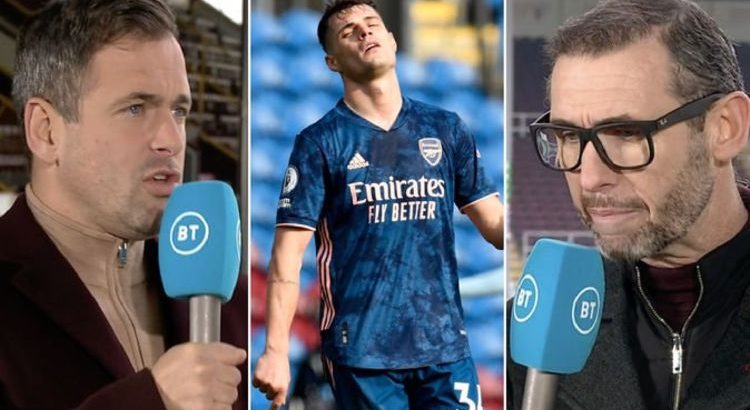 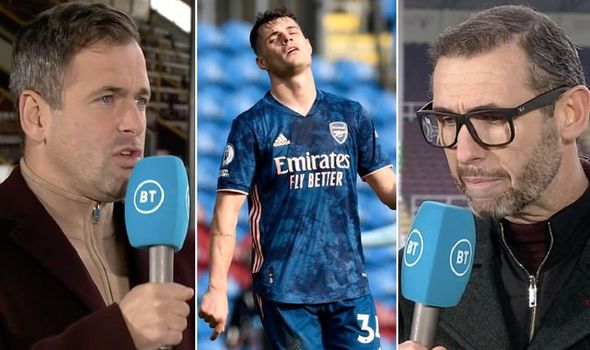 Martin Keown laid the blame for the shocking goal Arsenal conceded in their 1-1 draw with Burnley on Saturday at the feet of Bernd Leno as he and Joe Cole disagreed about who was at fault for Chris Wood’s unusual strike, his BT Sport colleague instead pointing the finger at Granit Xhaka.

Arsenal were 1-0 up at Turf Moor and looked to be heading into half-time with a deserved and comfortable lead, until a mishap at the back.

Leno played it out to Xhaka inside his box and the Swiss, under pressure, tried to find David Luiz only to play the ball straight off of Chris Wood’s midriff.

The ball bounced off the Burnley striker and into the back of the net to pull the Clarets back into the game despite having struggled against the visitors, who had led through Pierre-Emerick Aubameyang’s sixth-minute effort, until that point.

Xhaka has now made more errors leading to goals than any other outfield player in the Premier League since the start of the 2016-17 season, with this the eighth.

Mikel Arteta’s charges could not recover and had to settle for a point in Lancashire in another blow to their hopes of qualifying for Europe next season. 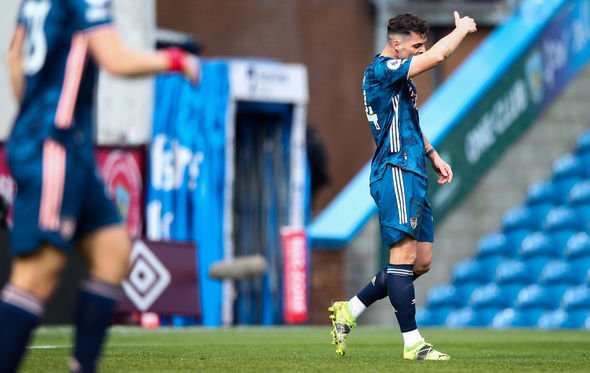 But Arsenal legend Keown was not happy with Gunners goalkeeper Leno, who he felt should have launched the ball forward as opposed to playing out to Xhaka under pressure.

He said: “It’s a calamity, the goal they concede, trying to play out from the back once more. They are [a team that play from the back] but it’s about the right decisions isn’t it?

“The ball should be launched by the goalkeeper. He plays it in, OK Xhaka gives it away and he shouldn’t, it’s his mistake but don’t give it him.

“You’ve got to recognise when the opposition are right on top of you. I think Leno should go long there.

“He doesn’t then the worst nightmare happens and Xhaka gives away yet another goal. 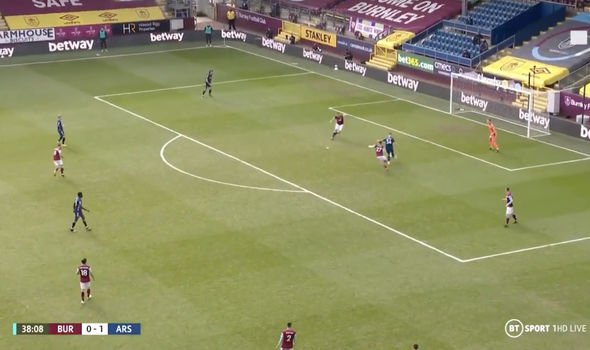 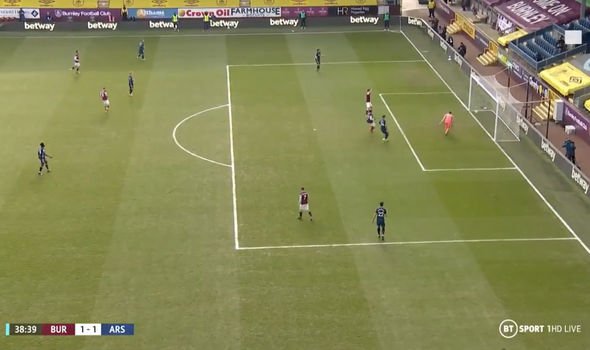 “It’s silly mistakes and just giving goals away, you can’t do that and expect to be climbing up the table.”

Former Chelsea attacker Cole though disagreed and felt the mistake was Xhaka’s, saying: “For me that’s a technical and individual error by Xhaka. He’s made countless of them.

“He’s made more errors for goals than any other player in the Premier League since he signed for Arsenal.

“In that situation I’m putting myself in Mikel Arteta’s mind, they’ve scored one goal, played it through the lines, good decision-making, wonderful play from Partey.

“They will not deviate from their style. Arteta is not going to go into there [the dressing room] and say, ‘If you feel any kind of pressure go long.’

“He won’t do that because that’s how he’s set his stall at Arsenal. What he will say to Xhaka, ‘As it’s coming in for you, can you turn it round on to your right foot?’ 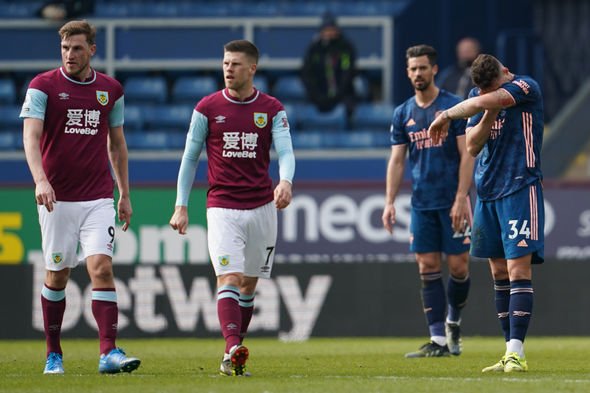 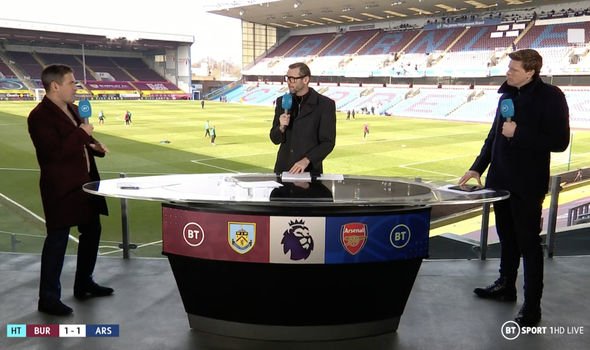 “Me and Martin will debate about whether it’s the right thing or the wrong thing to do but Mikel Arteta I believe will carry on playing like that and they will make them mistakes.”

Keown however doubled down and declared: “It’s decision-making at both boxes. In front of goal, Aubameyang did it.

“At the other end, they’re not getting it right. Leno needed to have launched that ball for me.”

In the second half, Leno made a vital save to deny Wood late on before substitute Nicolas Pepe fluffed his lines to waste a golden opportunity from a Kieran Tierney cross.

Pepe thought he’d won Arsenal a late penalty but VAR overturned a red card for Erik Pieters after Andre Marriner thought the Burnley defender had handled on the line to block a shot.

A draw leaves the Gunners nine points off of fourth-placed Chelsea with both teams having played 27 games. They will remain 10th after this weekend although Leeds could join them on 38 points if they beat West Ham on Monday night.