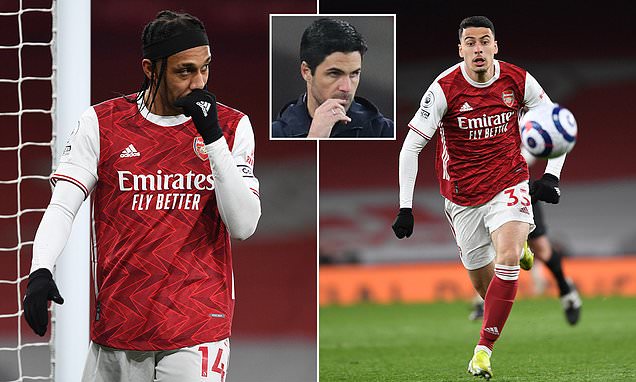 MARTIN KEOWN: It is time for Arsenal boss Mikel Arteta to DROP Pierre-Emerick Aubameyang NOW and start Gabriel Martinelli… the 19-year-old Brazilian star is too good to be sitting on the bench

This was Mikel Arteta’s 50th game in charge of Arsenal and it’s hard to remember a worse performance.

This only makes Thursday’s Europa League meeting with Slavia Prague even bigger.

Arteta has a big decision to make on his captain. He set an example by dropping Pierre-Emerick Aubameyang for the north London derby recently. Aubameyang was supposed to start against Spurs but turned up late and was pulled. 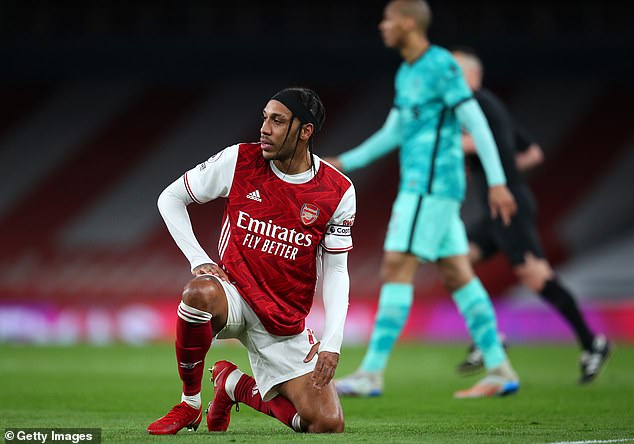 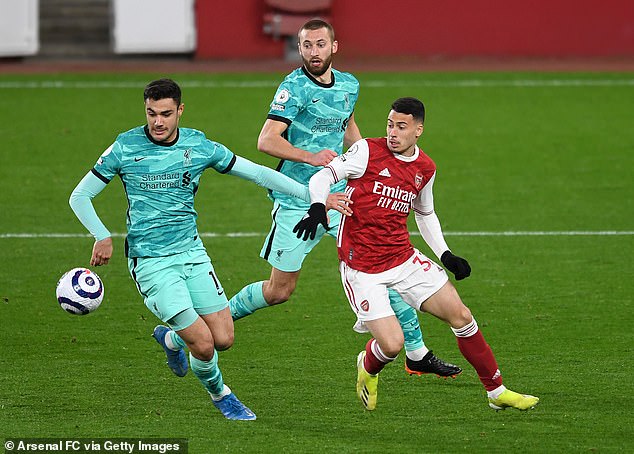 Gabriel Martinelli (R) came on as a late sub for the skipper, but has struggled to earn any starts

Should Arteta not be dropping him for performing as poorly as he did against Liverpool? If he sticks with him, he risks losing the respect of the group.

It’s time to bring in 19-year-old Gabriel Martinelli. He is too good to be sitting on the bench. His team-mates see him in training and know what he can do.

They will be baffled by his continued absence. I know I am.

Use him on the left. Use Martinelli’s fellow 19-year-old Bukayo Saka on the right. Start Emile Smith Rowe. Then you’ll have a team who can pose problems for the opposition. There were too many passengers against Liverpool.

The visitors’ weakness was their centre back pairing of Ozan Kabak and Nathaniel Phillips but Arsenal couldn’t test them. 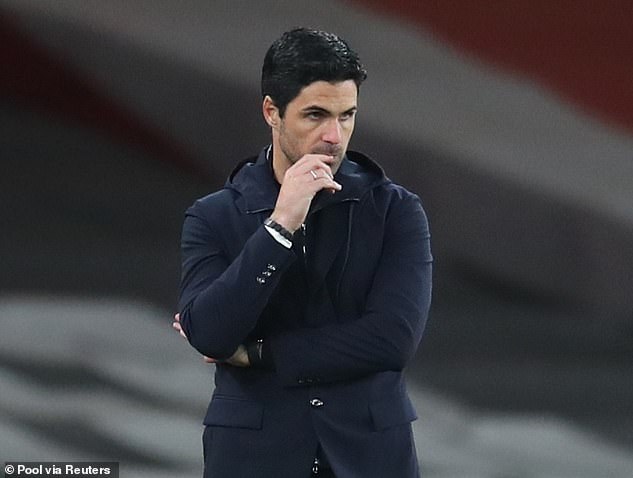 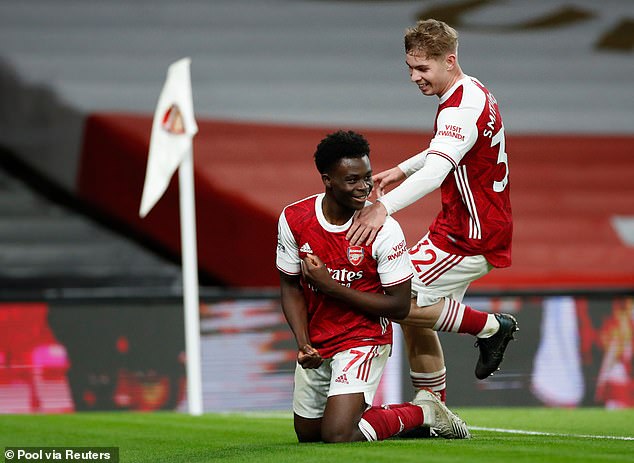 Arsenal should bank on youth to save their season, with Bukayo Saka and Emile Smith-Rowe

They had Aubameyang on the left, Alexandre Lacazette central and Nicolas Pepe on the right — three club-record signings — but they missed the energy and drive of Smith Rowe and Saka.

There is no time for Arsenal’s players to feel sorry for themselves. They need to bounce back against a Prague side who have knocked Leicester and Rangers out of the Europa League.

Arteta has big decisions to make — ones he needs to get right. 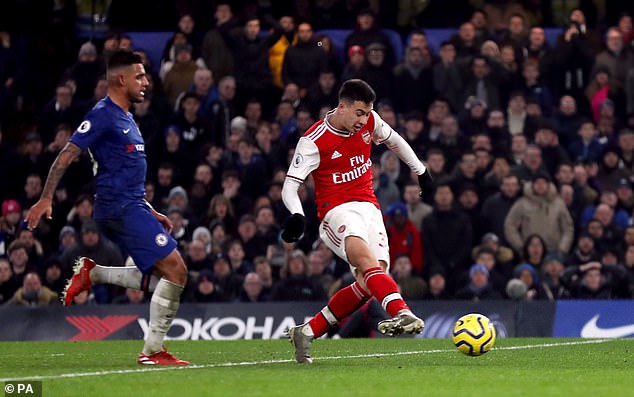