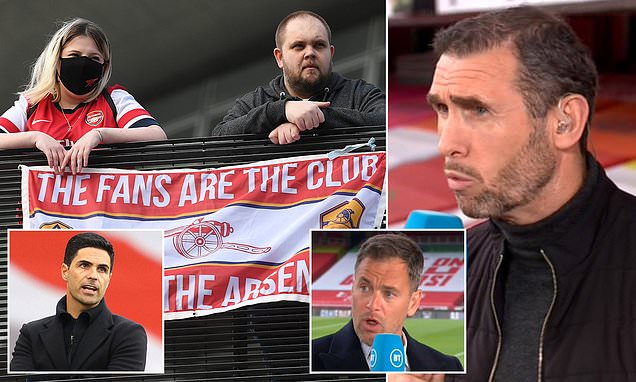 ‘The club is going backwards and they have to arrest that slide’: Martin Keown backs Arsenal fans’ protests as he admits new owners could be the ‘catalyst’ for change at the Emirates… as Joe Cole defends Mikel Arteta because he ‘joined a sinking ship’

Former Arsenal defender Martin Keown has had his say on the state of affairs at his old club, saying they are going backwards and something must be done to stop that.

The Gunners’ season effrectivelky came to an end on Thursday as they were dumped out of the Europa League following a desperately disappointing 0-0 draw with Villarreal.

Speaking on BT Sport ahead of Sunday’s clash against West Brom, Keown said: ‘the fans need to have their say. The club is becoming stagnated. There’s a lack of investment. 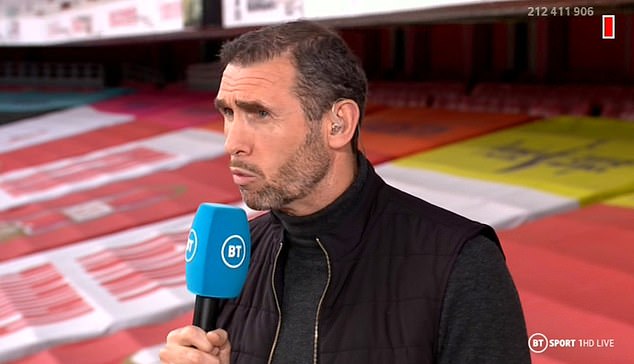 ‘The Kroenkes – do they really love the club? They need to spend massively. Leno wont’ sign a new contract. Luiz is leaving. Bellerin isn’t signing a new contract. There’s a remarkable amount of players that are uncertain of their futures.

‘It’s about results. He’s been here 18 months and he’s won an FA Cup, but when we look at league form it’s fallen away. The football club is going backwards and they have to arrest that slide. How much of the problem is about the manager and how much is about the squad? The manager is concerning me because he always blames the players. massive expenditure is needed. new owners could be the catalyst.’ 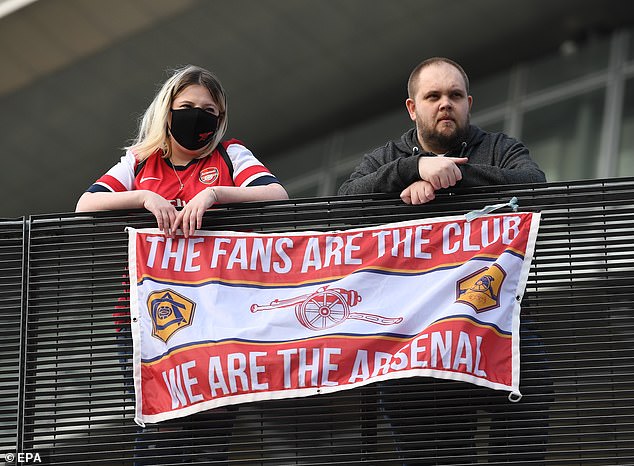 Fellow pundit Joe Cole expressed some sympathy for, saying he had an almost impossible job.

‘I feel for Mikel, he joined a sinking ship. The club had been on a steady decline, eyebrows were raised when he took it – it’s a massive job to take. H

‘He needs to take some responsibility, hopefully he does that privately. This is where Arsenal are at and the fans need to understand that. It’s going to take a few years to turn it around. There are good young players and that’s where the direction needs to be.’ 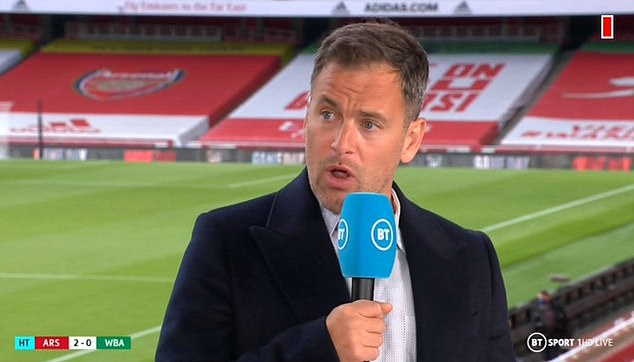