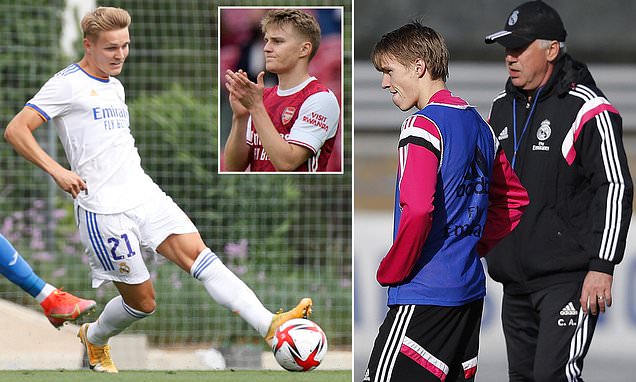 Martin Odegaard scored in an impressive performance in a pre-season friendly for Real Madrid as he attempts to prove himself to new manager Carlo Ancelotti.

The Spanish giants beat Segunda Division side Fuenlabrada 3-1 behind closed doors at their Valdebebas training ground on Sunday in heat approaching 40 degrees Celsius.

According to Marca, attacking midfielder Odegaard was ‘one of the highlights’ as goals from him, Victor Chust and Mariano Diaz saw them secure a win to close their first week of pre-season under Ancelotti. 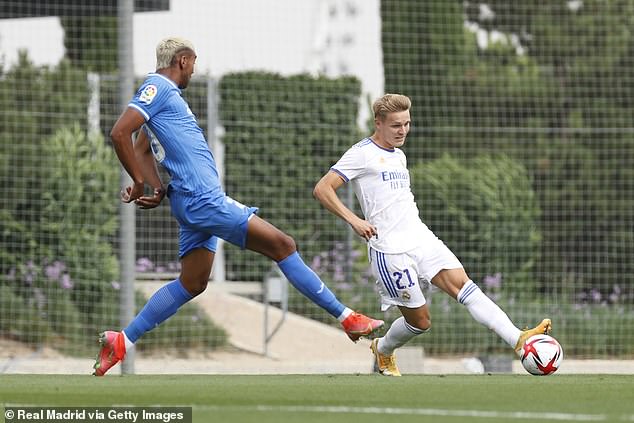 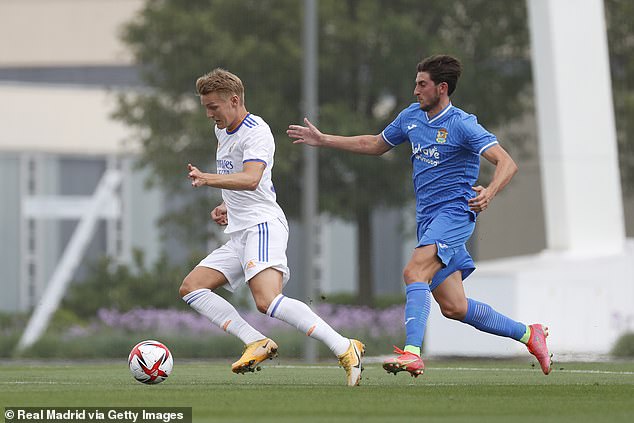 The second-tier side played a low defensive block, as the searing temperature provided a real test of aerobic fitness in the Spanish capital.

And the 22-year-old – who revealed the side were ‘clear’ they wanted him to return – will hope his fine performance will endear him to Ancelotti, who returned to the Bernabeu this summer from Everton.

Thirty-cap Norwegian international Odegaard spent last season on loan at Arsenal, impressing in his 20 appearances in all competitions after joining in January. 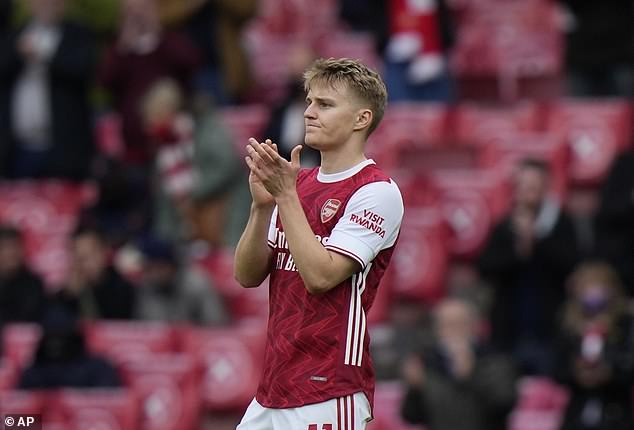 Odegaard, 22, impressed in his 20 games in all competitions on loan at Arsenal last season

He signed for Los Blancos six years before that but since then has spent two campaigns on loan at Heerenveen, as well as spells at Vitesse Arnhem, Real Sociedad and the Gunners.

Odegaard has only played 11 times for Madrid in his six-and-a-half years at the club but will hope to now fully break into their senior side with a fresh start under a new boss.

Striker Luka Jovic and left-back Ferland Mendy are both doing gym work and were not yet ready to participate in the friendly match.