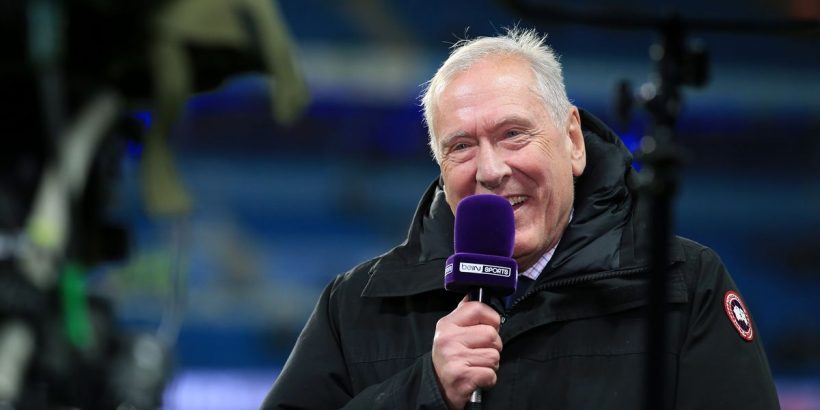 Martin Tyler came under-fire on social media for a ridiculous claim about Chelsea’s season in the first 20 seconds of their match against Arsenal.

Sky Sports veteran Tyler was referring to Chelsea’s hopes of finishing in the top-four and qualifying for next season’s Champions League.

But instead of ranking it as an achievement in its own right, the 75-year-old claimed if the Blues made the top-four, it would form part of a treble.

The Blues are in the final of the FA Cup and the Champions League, although last time we checked, there’s no trophy for a top-four finish.

“Martin Tyler just described a top-four finish as one part of a "potential Chelsea treble" and I can't accept it,” was the view of one supporter.

While another added: “Martin Tyler just said finishing “top 4” would be part of a treble for Chelsea What the actual f? He and @SkySports owe Wenger an apology for it a trophy themselves.”

A third person said: “The FA Cup, the Champions League and a Top 4 finish is NOT a treble Martin Tyler. I'm sorry.”

Chelsea’s hopes of the Tyler-treble took a blow in any case, with the Blues suffering a surprise 1-0 home defeat to Arsenal.

Emile Smith-Rowe scored the only goal of the game after capitalising on a mistake by Jorginho in the first-half.

Defeat leaves Thomas Tuchel’s men six points ahead of West Ham, who now have a game in hand on their west London rivals.

Liverpool have two games in hand on the Blues and can close the gap to four points with victory over Man Utd this evening.