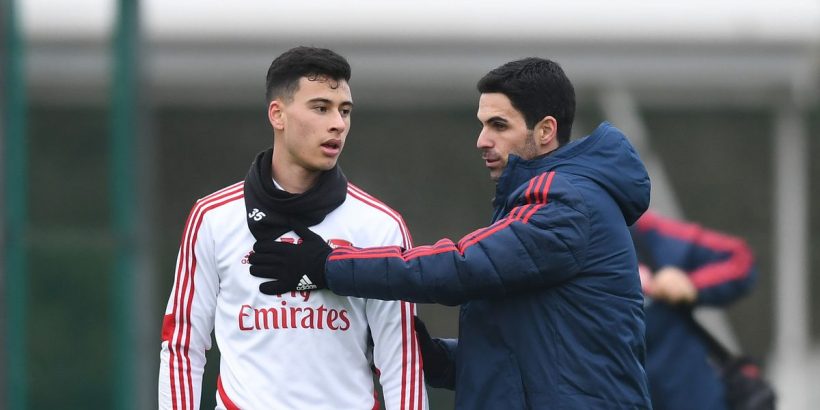 Gabriel Martinelli is not getting in the Arsenal team right now because Mikel Arteta “doesn’t like him”, says club legend Martin Keown.

Martinelli, 19, has been unable to work his way back into Arteta’s starting plans since returning from a long spell on the sidelines back in December.

He was forced to settle for a place on the bench once again in Thursday’s 2-1 defeat away at Villarreal, before entering the fray with less than 30 minutes remaining.

Arteta controversially chose to set up without a recognised striker in the first leg of their semi-final tie, which cost his side on the night.

Fans and pundits alike have been left bemused by Martinelli’s omission, especially given recent comments from Real Madrid loanee Martin Odegaard, who recently described him as a “big talent”.

And Keown also said on BT Sport: “I’ve been concerned as to why that player (Martinelli) is not playing.”

When asked why he isn’t getting in the side, the former Arsenal defender said: “Because the manager doesn't like him. It's as simple as that.

“I’m not there everyday, I'm not on the training ground. I thought it was very interesting Odegaard had gone internationally and said 'this is the best young player I've ever seen'.

“And he's from Real Madrid!

“So now it's time to let him fly. Let's look at the positives. Let's support him.

“When he came into the team I thought he did a great job. Not only was he making runs down the middle but he was coming back.

“Keep him in the team. Play him. You've seen what you've done with Smith Rowe and Saka. Support him.”

Martinelli has scored 11 goals in 42 appearances since joining Arsenal from Brazilian outfit Ituano in 2019, while also playing a part in their FA Cup triumph under Arteta last season.