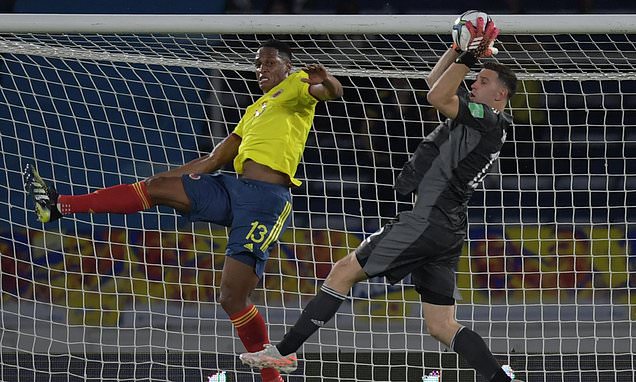 Aston Villa goalkeeper Emiliano Martinez suffered an injury scare while playing for Argentina on Tuesday – briefly being knocked out after a heavy fall.

The former Arsenal star, playing just his second game for his country in their 2-2 draw against Colombia, went up to claim the ball under a challenge from Everton defender Yerry Mina but landed on his head just before half time.

Martinez received medical attention on the pitch as concern grew for the 28-year-old, and he was eventually stretchered off and replaced with Porto goalkeeper Agustin Marchesin. 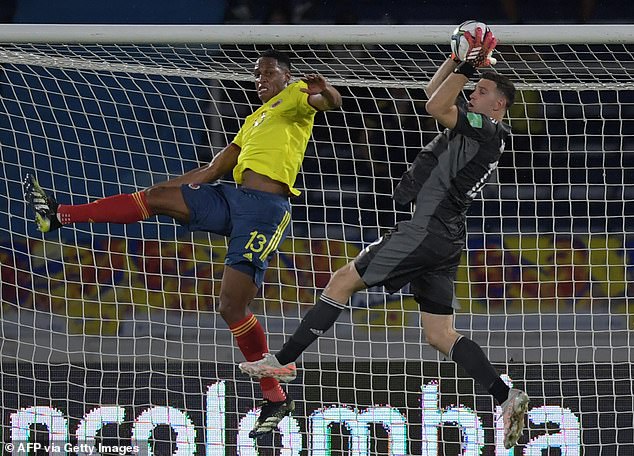 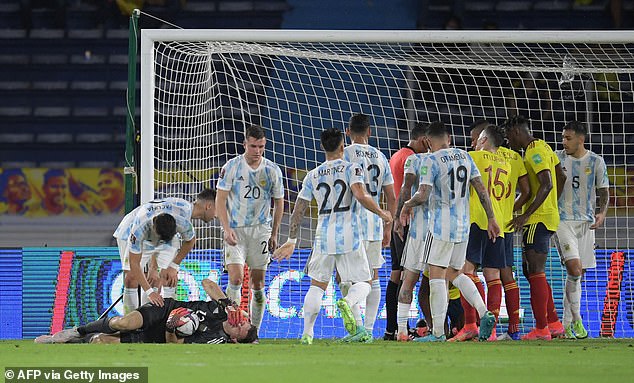 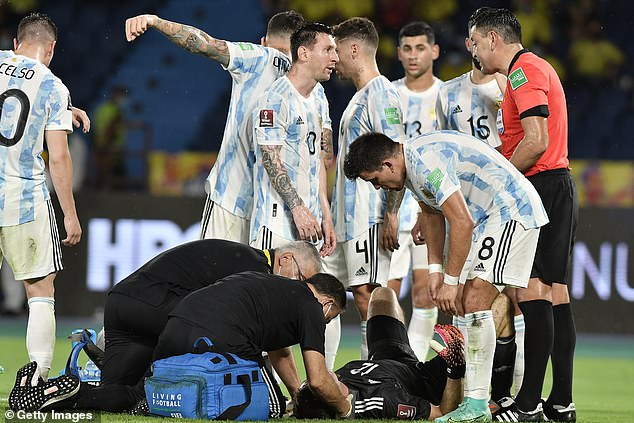 Lionel Scaloni’s men had raced into an early 2-0 lead in their World Cup qualifier against the Colombians, with Cristian Romero netting after three minutes and Leandro Paredes adding a second just five minutes later.

But after Martinez was withdrawn the home side rallied after the break – with Luis Muriel slotting away a penalty before Miguel Borja equalising with the final kick of the game.

Martinez insists he is ‘fine’ after being taken off, even if it left a ‘bitter taste’ to be substituted during a proud moment in his career – and later discovering the team had failed to secure the victory.

‘I’m better, it was a strong hit but the doctors did their job,’ he said, via the Mirror. 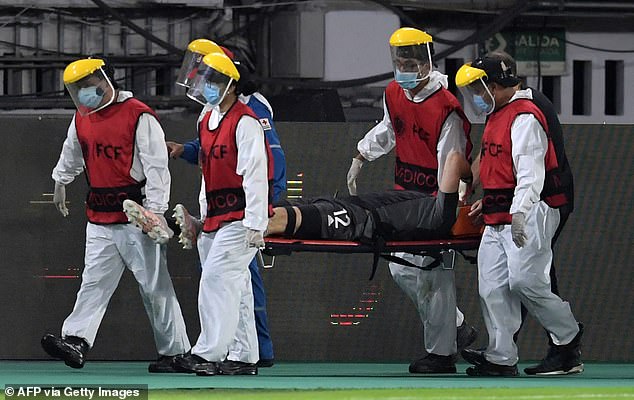 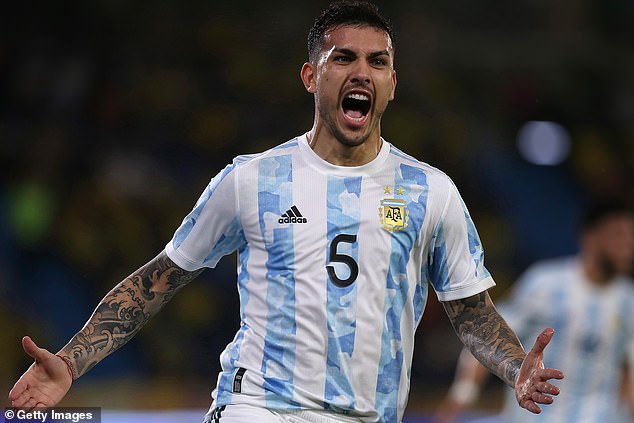 Argentina had raced into a 2-0 lead in their World Cup qualifier, with Leandro Paredes netting 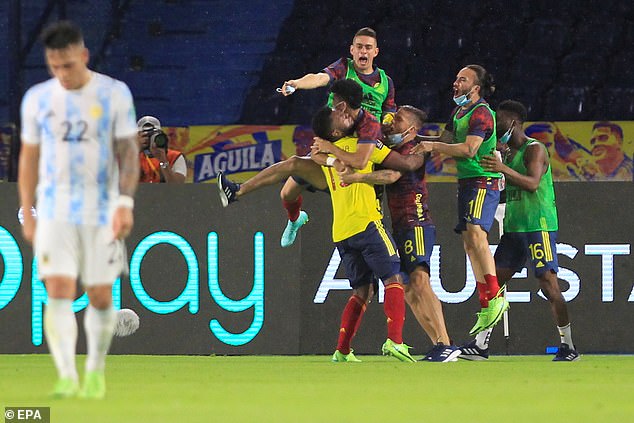 But Colombia pegged them back after Martinez was hauled off, equalising in the final minute

‘Obviously I wanted to continue playing, the anger of being taken out, and I found out that they drew at the end.’

He was left in tears after being hauled off, admitting he was ‘angry’ not to play the full game after finally emerging as Argentina’s strongest goalkeeper.

‘They took me out because I lost consciousness a little; I hit the back of my neck hard but the crying and the anger was because it was my second match with the national team and I didn’t want to be substituted. 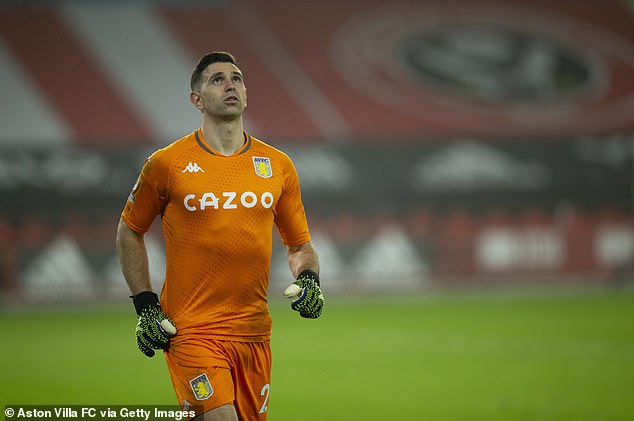 ‘But the doctors did their job.’

Martinez enjoyed a superb season for Aston Villa in 2020-21 after sealing an exit from Arsenal and forging a spot as a No.1 Premier League goalkeeper.

He kept 15 clean sheets – the third highest behind Manchester City’s Ederson and Chelsea’s Edouard Mendy – also making 142 saves and just one error leading to a goal.