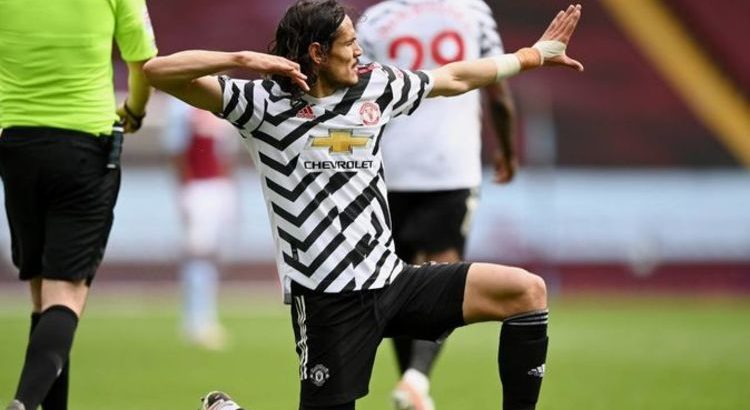 Mason Greenwood has explained the influence Edinson Cavani is having on Manchester United’s young players this season. Cavani has been fantastic for United recently and came off the bench to score and wrap up their 3-1 win over Aston Villa on Sunday.

Ole Gunnar Solskjaer’s side found themselves behind once again when Villa winger Bertrand Traore fired into the top corner from a tight angle.

But they turned things around after the break, with Bruno Fernandes scoring a penalty after Paul Pogba was fouled by Douglas Luiz inside the area.

Greenwood made it 2-1 with a smart turn and powerful near-post finish before Cavani came off the substitutes’ bench to head in Marcus Rashford’s cross for 3-1.

Victory saw United extend their unbeaten away record in the Premier League to 25 matches and means they have collected 31 points after coming from behind this season.

Cavani, meanwhile, has now scored eight goals in his last seven appearances for United, after scoring twice in both legs of their Europa League semi-final against Roma. 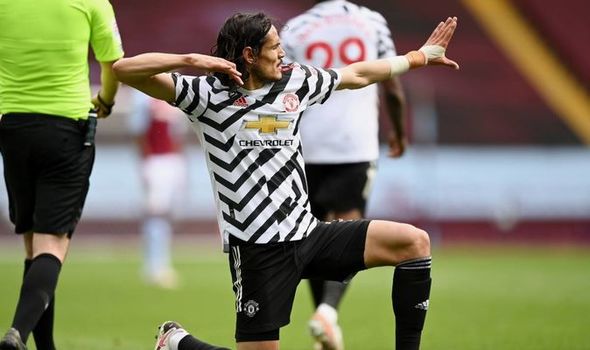 He has 15 goals in 35 matches altogether since joining on a free transfer from Paris Saint-Germain and Greenwood says the 34-year-old’s experience is rubbing off on others.

“[It was] exactly the same as against Roma,” he told MUTV of Cavani’s impact against Villa.

“You always know what he’s going to do but you still can’t seem to stop him. It’s nice to watch him off the bench.

“It’s the movement. Everyone knows he can do it but it still seems they’re not able to stop him. We’re all learning off him, me, Rashy, Amad… we’re all looking up to him.”

United are desperate to keep hold of Cavani amid uncertainty over his future at Old Trafford.

Cavani is out of contract next month and although Solskjaer has spoken glowingly of his impact, the Uruguayan could be tempted to move back to South America to be nearer to his family. 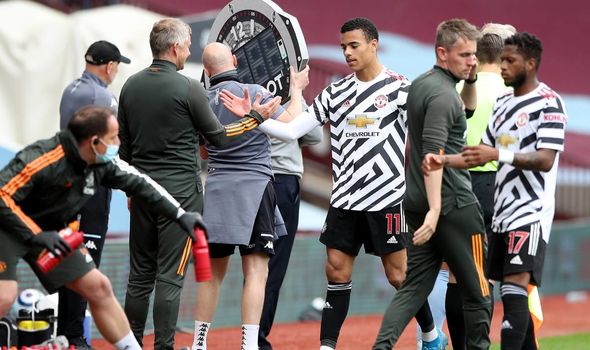 After making a slow start to the season, Greenwood has now scored seven goals in his last 10 appearances for United.

His strike against Villa saw the 19-year-old striker become United’s top teenage scorer in Premier League history, moving onto 16 goals in the competition to eclipse Wayne Rooney’s tally of 15 for the club.

“I just knew that he [Mings] was coming tight to you in the box, so if you get a little movement then you can get half a yard. I finished it well. I’m happy with my goal today.

“Hopefully there are many more to come. I’ll try and keep scoring goals so no one else can come and break the record in the future. I’m happy scoring goals.“