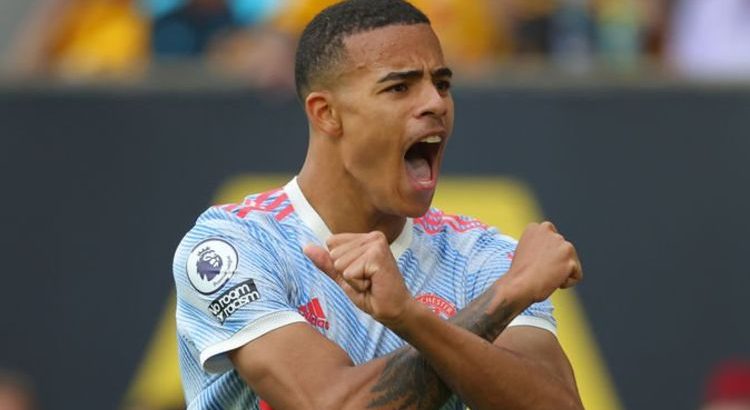 Manchester United starlet Mason Greenwood has been urged to learn from Cristiano Ronaldo in order to become an all-time great at the club. After his own six-year spell with the Red Devils, the Portuguese became exactly that, while his second stint is sure to put the cherry on top from the fans’ perspective.

While Ronaldo’s guidance could be invaluable for United’s attacking youngsters like Greenwood or Amad Diallo, it could also strip them of game time.

With Jadon Sancho arriving for big money this summer, Marcus Rashford a formidable option on the other flank and Ronaldo likely to lead the line, opportunities could become scarce.

Being dropped would be troubling for Greenwood who has made a sensational start to the Premier League season, netting in each of his first three games.

Last time out, he bagged the winner against Wolves, and former United frontman Dimitar Berbatov is a fan of his work.

The Bulgarian, who scored 48 goals in a four-year stint with the Red Devils between 2008 and 2012, told Betfair: “I like Mason Greenwood.

“I think he is a natural finisher and I hope he can learn a lot from Ronaldo. Ronaldo has adjusted his game now that he has got older.

“He is more of a centre-forward now. But when he was younger he was left, right, cutting inside, shooting, and this is what Mason is doing at the moment and he’s very good at it.

“So I hope he can go and ask Ronaldo for advice and just observe; see how he prepares, how he trains, how he stays after training sessions to train on the free-kicks and this cutting into the box and shooting.”

When it comes to Greenwood and Ronaldo, tips on shooting can flow both ways, with the youngster already considered one of the best finishers in the Premier League.

After a slow start to last campaign, he put together a strong finish to wind up with 12 goals in all competitions, momentum which has carried forward into the new season.

Ronaldo lashed in 29 Serie A goals last term, so it will be difficult for anyone else to get a regular look through the middle, meaning Greenwood may have to settle for minutes out wide.

While he would surely prefer to play in his natural position up top, the England youngster could do worse than to deputise on the wing and learn the craft of being a striker from Ronaldo while he is at the club.

Still at just 19-years-old, he has so much time to improve and could be the complete package by the time the spot up front becomes permanently available.

The Red Devils are also in a range of competitions this campaign, so there will be plenty opportunities for Greenwood to deputise – matches which will also double up as opportunities to put Ronaldo’s inevitable guidance into practice.

Dimitar Berbatov was speaking ahead of the launch of Betfair’s new VAR-Batov series, where the Premier League legend will be judging the unfair moments in football that affect so many punters. Watch the first in the series on Betfair’s twitter next week.