Matildas coach Tony Gustavsson will leave it to others to judge whether Sam Kerr is the world’s best striker – but he says the “mental toughness” she displayed in overcoming a lean spell early in her time at Chelsea is the sort of quality the team needs to win major silverware.

Gustavsson will take charge of his first match on Sunday morning (AEST) when Australia faces world No.2 Germany in Wiesbaden – the national team’s first outing since sealing qualification for the Tokyo Olympics more than 12 months ago. 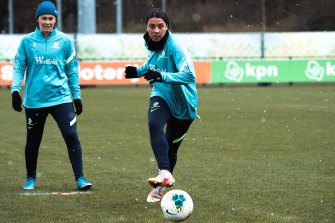 The Swede joked that he was so excited he almost lost his voice when he finally managed to take his players through an on-pitch training session, having waited six months after being appointed to the role to finally meet them in person.

Coaching Kerr, he said, was a “pure pleasure”, with Australia’s superstar skipper in scintillating form before linking up with the team after a run of 10 goals in her last six games for Chelsea.

She currently sits equal top of the FA Women’s Super League goalscoring charts, but the English press rounded on her at the start of the season after a series of uncharacteristic misses in front of goal.

The 27-year-old is now being talked about as the best striker in the world, and although Gustavsson declined to say whether he shared that view, he said it was a privilege to be able to work with her. 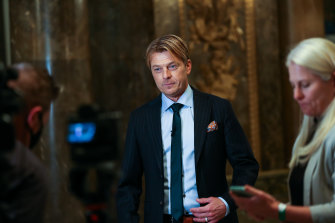 Six months after he was officially appointed, Tony Gustavsson is relishing the ability to actually coach the Matildas in person.Credit:Getty

“We had a couple of really, really good talks, in training you can see she’s busting, and how much she appreciates coming back in playing for the Matildas again. It’s just a pure pleasure,” he said.

“I do know that she also has a very, very high ambition of always trying to strive to be one day better, and that’s what we’re going to focus on. And then it’s up to others to say whether she’s the best in the world or not.

“Is she in form? Yes, and we have a lot of forwards in form right now coming into camp. That itself is really exciting going into the Germany game.”

Gustavsson said he was impressed with how Kerr handled the pressure and level of expectation she faced a few months ago, describing her ability to break through the noise as a good omen for the Matildas overall as they begin the road to Tokyo 2021.

“If a team wants to lift the trophy, that mental toughness is one of the most important things,” he said.

“And she definitely proved that. When you’re in this business you’re always going to have opinion. If a player can lock that out and really focus and stay in that circle and really, really focus on her game and her performance – and we as a team can do the same – that mental toughness is going to be one of the super factors [to success].

“This team has a lot of things in place already that we’re going to sharpen and improve. Then it’s a couple of add-ons to that like some game management scenarios and such.”

It will be a different-looking Matildas team that takes the field against Germany, with W-League players not selected for logistical reasons, while first-choice fullbacks Steph Catley and Ellie Carpenter are out due to injury and COVID-19 protocols respectively.

Gustavsson kept his cards close to his chest but said Australia needed to work out “multiple solutions” given a squad of only 18 will be taken to the Olympics, and hinted that players could be used out of position to help fill the void.

The team is currently training at the home of the Dutch federation in Soest, and will fly into Germany on the day of the game, adding another layer of difficulty to the fixture on top of the calibre of their opponents. Germany won 12 consecutive games after finishing as quarter-finalists at the 2019 Women’s World Cup, and only had that streak beaten in a friendly defeat to the Netherlands in February.

“Someone said to me that, ‘Tony, do you know this might be one of the toughest games that the Matildas ever played?’” Gustavsson said.

“I said, what do you mean? ‘Well, look at the players not available, they haven’t played [together] in 400 days, they have a new coach, it’s hailing when you’re practicing, there’s players not available to play in different positions and so forth.’ I could stand here and give you excuses to say, result-wise, we don’t expect to do well.

“We’re not wired that way. We’re the Matildas. No matter what we’re going to go out there and do everything we can to wear that crest on our chest and play our best.” 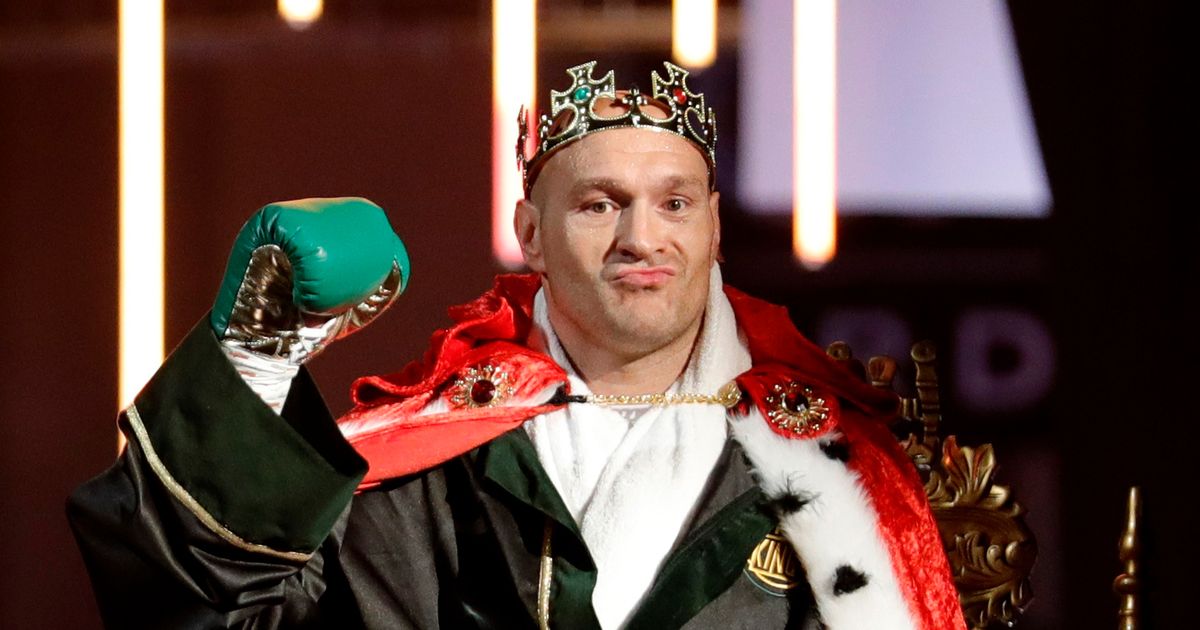