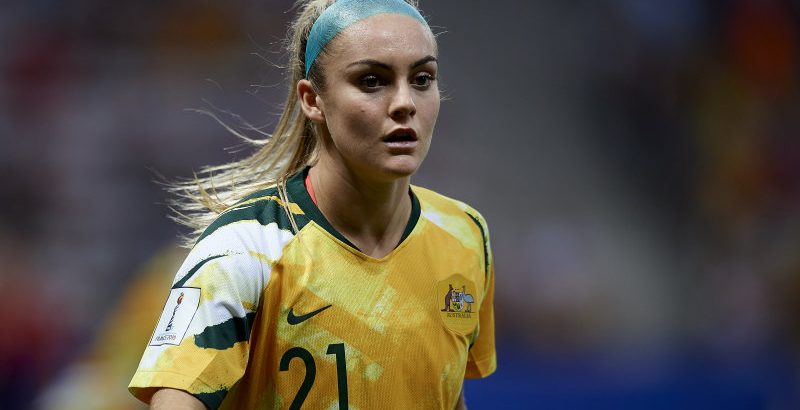 Star Matildas defender Ellie Carpenter and midfielder Amy Harrison have both been ruled out of Australia’s high-profile clash with Olympic champions Germany this weekend and the Netherlands next week because they failed to clear COVID-19 protocols.

Flying wing-back Carpenter confirmed her absence on Twitter, revealing that she had been forced to miss the game because of the coronavirus, with her leading French club, Lyon, reportedly having 15 cases of the illness. 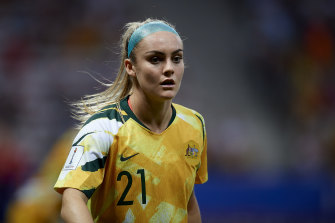 Ruled out: Ellie Carpenter will not join her Matildas teammates.Credit:Getty Images

“Super disappointed but wishing the team all the best for the games against Germany and Netherlands. Unfortunately I have been ruled out due to COVID-19. I will be cheering from Lyon,” she said.

Harrison is based in the Netherlands, where she plays for PSV Eindhoven.

She too took to social media to update fans on her situation.

“Gutted to have been ruled out due to COVID. Wishing the team the absolute best for games against Germany and the Netherlands.”

Carpenter would almost certainly have been included in new Matildas coach Tony Gustavsson’s first starting line-up, the pacy and tenacious full-back, who turns 21 later this month, having made an enormous impression since winning the first of her 42 senior caps as a 16-year-old.

In a statement the FA would not say whether either player had the illness but stressed that it did not want to take any chances.

“Football Australia’s top priority is to protect the health, safety and wellbeing of our players and staff, and we have developed a stringent set of protocols to ensure this, whether they are based in Australia or internationally,” CEO James Johnson said.

“As part of these protocols, every player and staff member is monitored and screened prior to their entry to assembly.

“Unfortunately, through no fault of their own, Ellie and Amy didn’t clear the protocols prior to their scheduled travel to camp from their respective bases in Lyon and Eindhoven.”

Both matches will be played behind closed doors.

Carpenter and Harrison will not be replaced in Australia’s squad.