Mauricio Pochettino’s imminent appointment at Paris Saint-Germain is ideal for Ole Gunnar Solskjaer because it will help ease some pressure on him in the Manchester United job when things aren’t going well reckons Louis Saha. Solskjaer has regularly found himself the subject of widespread scrutiny at Old Trafford after a disappointing run of results, including earlier this season.

Solskjaer is not currently under pressure in his role with United five points off Premier League leaders Liverpool with a game in hand, although they failed to qualify for the Champions League knockout rounds and instead dropped into the Europa League.

In other competitions, United are into the Carabao Cup semi-finals and will face Manchester City for a place in the final, against either Tottenham or Brentford.

But only as recently as September there was plenty of speculation that Solskjaer might be replaced as United boss with it claimed talks had been held with Pochettino.

The former Spurs boss has been out of a job for over a year since being sacked by the north London club and replaced by ex-Red Devils head coach Jose Mourinho.

And he has found himself repeatedly tipped to take over at United, but the Argentine is close to being appointed at French champions PSG following their Christmas Eve axing of Thomas Tuchel. 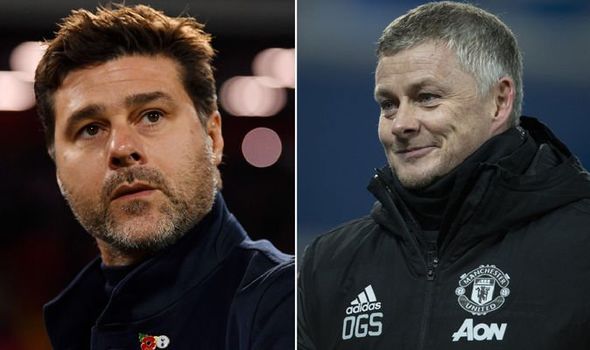 Pochettino will be formally announced as PSG’s new manager shortly and former United striker Saha thinks that could help ease some of the pressure Solskjaer has consistently found himself under during his near-two-year reign, with no obvious alternative to the Norwegian now immediately available.

Saha, speaking exclusively to Ladbrokes at its launch of the 5-A-Side Bet on Tottenham v Fulham, said: “I like Ole Gunnar Solskjaer and it seems like he has a good bunch of guys who really like playing under him.

“I look at the team as a fan and sometimes wish he’d be a bit more demanding as a manager; I don’t feel like he does that enough.

“But his body language in the last few games has been way better so I’m looking forward to this maybe being a turning point, mainly for the fans.

“I really like seeing Ole on the touchline when he’s loud and demanding, because you can see his players do respond to it. 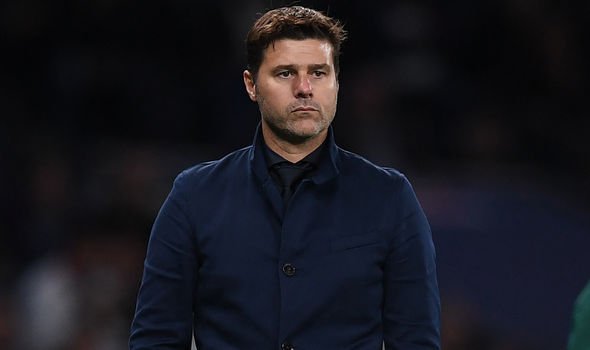 “Mauricio Pochettino going to Paris Saint-Germain might actually take a bit off pressure off Solskjaer at United.

“It’s true that every time you have a bad result as Man United manager you’re going to be under pressure. It even happened with Sir Alex Ferguson.

“He achieved some of the greatest things in football and he’d still have to answer questions about his future after a couple of bad results.

“So it’s natural this will happen with Ole Gunnar Solskjaer too – he just has to get used to it.

“But I feel like the board have full confidence in Ole. They want consistency and the project seems to be working as far as giving young players game time goes.

“It’s always hard when you’re a young manager to have names like Pochettino being thrown around.

“What’s important is that the board try and make things off the pitch as smooth as possible for Ole during these times.

“Yes, the media will talk and speculate, but as long as Ole knows he has the backing of the board, he can carry on with improving things on the pitch.”

Saha meanwhile believes United are very much in the title mix, with Liverpool, Manchester City, Tottenham and Chelsea thought to be previously be the four main teams in the hunt for the crown. 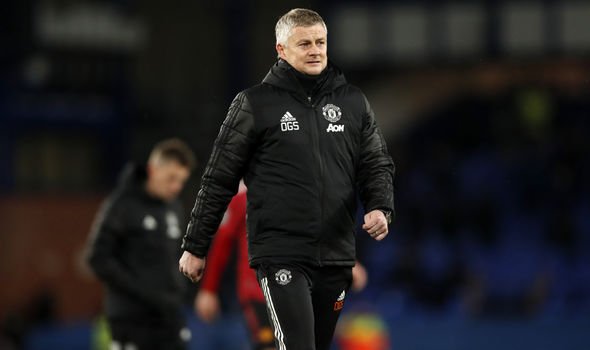 He added: “I think Manchester United are title contenders this season. If not, then top three is a realistic target for them.

“If they can sustain the type of form they’re in at the moment then they will be right up there at the end of the season.

“But if they fall back into the kind of performances that saw them fall out of the Champions League where they’re conceding silly goals early on in games, then of course they’ll struggle.

“They can’t afford to do that. It’s impossible to be a Premier League contender, keeping up with the likes of Liverpool, if you keep going behind in games.

“They have the quality to kill games, so it is frustrating when you see them concede early because it’s physically and mentally challenging to keep coming back.”