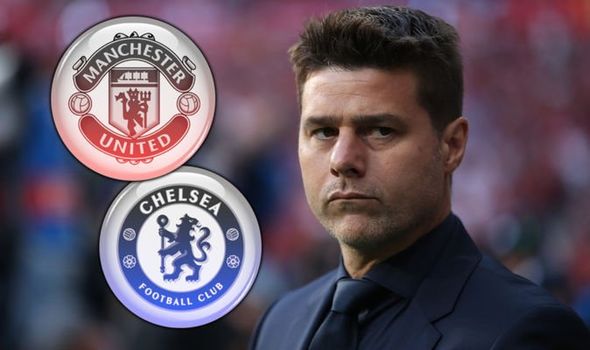 Mauricio Pochettino is keeping a keen eye on the situations of Ole Gunnar Solskjaer and Frank Lampard at Manchester United and Chelsea respectively, it has been claimed. The former Tottenham boss is without a job and has made it clear he wants to get back into management.

The highly-rated Pochettino spent five years at Spurs and won plaudits by managing four straight top-four finishes despite a modest budget while also taking the north London club to their first ever Champions League final.

But after a downturn in results, Pochettino was sacked by Tottenham in November 2019 and the former Espanyol and Southampton coach has yet to take up a new role since then.

The Argentine free agent has been heavily linked with United over the past 12 months with Red Devils boss Solskjaer’s position having been the subject of speculation on numerous occasions.

Solskjaer’s standing at Old Trafford was called into question earlier this month amid suggestions United had been in contact with Pochettino’s representatives to gauge his interest in replacing the Norwegian at the helm.

Pochettino is also said to be highly regarded by high-ranking officials at Chelsea and Manchester City, and David Ornstein says the 48-year-old is keeping a close eye on the Blues. 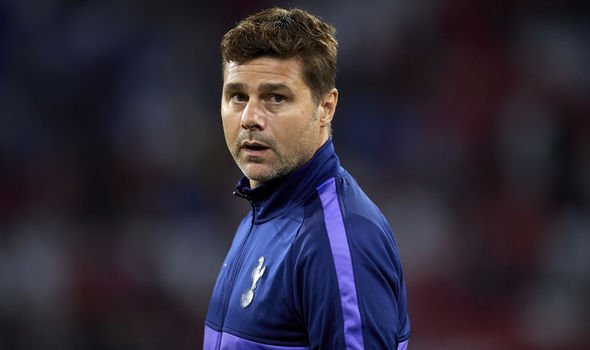 Club legend Lampard is secure in his job with Chelsea in strong form prior to the international break as the division’s highest scorers and with a title challenge this term in their sights.

But Ornstein insists that regardless former Spurs tactician Pochettino is watching developments at both United and Chelsea closely as he waits for his next opportunity to return to the touchline.

“I don’t think Pochettino is on the verge of taking a new job at the moment,” Ornstein said on the Tifo Podcast’s Ask Ornstein show:

“As for United, publicly and more interestingly privately from what I hear, they completely support Ole Gunnar Solskjaer and are giving him their full backing and have no plans as things stand to make a change.

“But we know how quickly things do change in football. There have been reports that United have made contact with Pochettino. I’m not questioning those reports but personally I don’t have that information.

“What we do know is Pochettino’s available, he’s recently conducted a very high-profile television interview which I’m assured was more of a long-standing commitment than a come-and-get-me plea or putting himself in the shop window to say, ‘I’m ready and raring to go.’

“Suitors, the likes of Manchester United, will already know that and know what he brings as a man manager, a person, a coach, etctera. The timing [of his interview] was interesting.

“What I do hear is that Pochettino is waiting and watching very closely in particular United, Manchester City, perhaps Paris Saint-Germain, Chelsea and others to see what’s going to happen there.

“The real issue is that there are no vacancies at the moment which is something of a surprise because in the build up to the summer of 2020 there was expected to be a lot of change in the managerial market but the coronavirus pandemic has changed everything and for many, the idea of sacking a manager and paying compensation was not something they could afford to.

“Perhaps that doesn’t affect clubs right at the top end but it was a worry for many. We’ve talked about United, the situation with City is that Guardiola is there until at least next summer, City have been public in saying they want to extend with him.

“PSG could have a change with Thomas Tuchel and Pochettino formerly a player there. Chelsea, things seem pretty stable at the moment, he’s been backed in the transfer market and things look to be going quite well. They’re embarking on quite a long-term project there.

“Barcelona, a bit of instability with a change at board level of president. We know when a new president comes in they often have their own manager in mind, I’ve heard some of the candidates do have Pochettino on their list but I’m not sure he’s at the top.

“It’d be interesting dynamic with his fellow Argentine Lionel Messi, who is also out of contract next summer. Real Madrid it seems pretty stable at the moment, for a change, with Zinedine Zidane in his second spell there.” 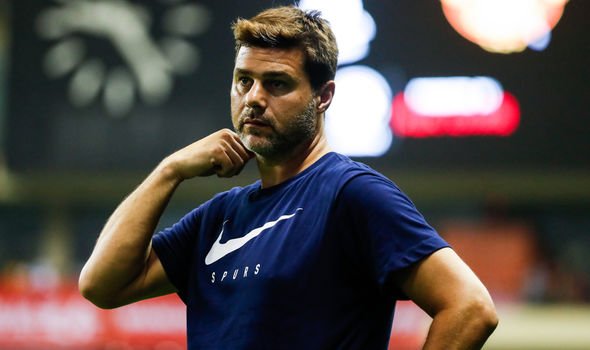 Ornstein also revealed that before Bayern Munich trusted Hansi Flick with the job last year, they looked at appointing Pochettino but were put off by the size of his coaching staff and the fact they were not German speakers.

English clubs would be less worried by either aspect of his potential arrival however.

He added: “One potential concern raised at Bayern Munich when they sacked Niko Kovac and considered Pochettino was the size of his backroom team and also the fact they’re mainly Spanish-speaking. They went for a German speaker in Hansi Flick.

“I don’t think that would be such a worry for some of the clubs we’ve mentioned so far. For now, as far as we know, Pochettino is still being paid by Tottenham.

“He was under contract there until 2023 and until the end of last season, a club taking him would’ve had to pay significant compensation to Spurs for his services but that clause has now expired.

“So it would be a relatively simple deal to do, it’s just about when and where. It doesn’t seem like Pochettino is in a rush but he is ready.”