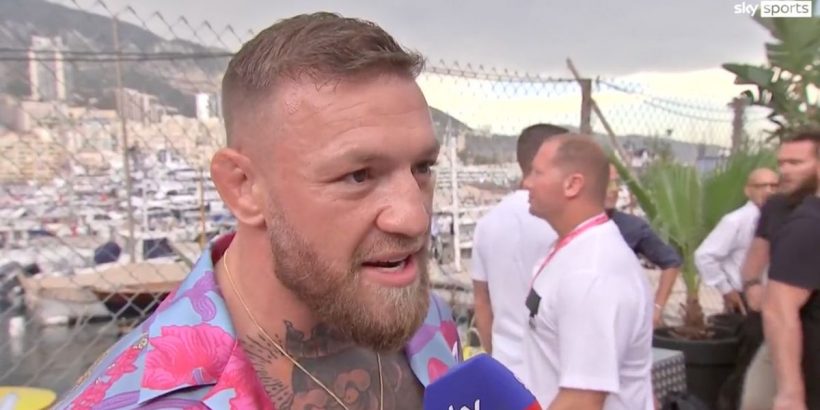 UFC star Conor McGregor could be in hot water with Manchester United fans after admitting that he also supports Liverpool and Real Madrid.

The Irishman has previously revealed that he was a huge United fan growing up and has also attended various games at Old Trafford down the years years. However, 'The Notorious' one could be in for a backlash from United fans after an interview ahead of Saturday night's Champions League final between Liverpool and Real Madrid.

While speaking to Sky Sports at the Monaco Grand Prix qualifiers, McGregor was asked if he'd be watching Saturday night's final – and revealed that he was a fan of United's bitter rivals, Liverpool.

Liverpool are arguably United's biggest rivals, so it's unclear how well McGregor's admission will go down with fans on social media.

Speaking back in January 2021, McGregor revealed that he was attracted to United growing up because of the club's success.

What do you make of McGregor's Liverpool admission? Let us know in the comments section.

He told Manchester United media: “I was more a player than a watcher back then, but Manchester United was my team. It was only the other day I came across an old picture of myself wearing that infamous grey United jersey, which I bought with my [First Holy] Communion money at eight years of age. I see my son when I look at that photo. I’d love to know where it is now. A truly ‘Notorious’ football jersey!

“I was attracted to the success and winning mentality of the club and people surrounded by United. Irish legends like Denis Irwin and Roy Keane were dedicated to their craft and had that winning mentality. Roy Keane was one of the best midfielders European football has ever seen. Opponents would be mentally beaten before they’d even stepped on to the pitch to face him."

McGregor is currently out of action after breaking his leg against Dustin Poirier last July. The 33-year-old revealed that he is working on his fitness and is still planning to return to the Octagon.