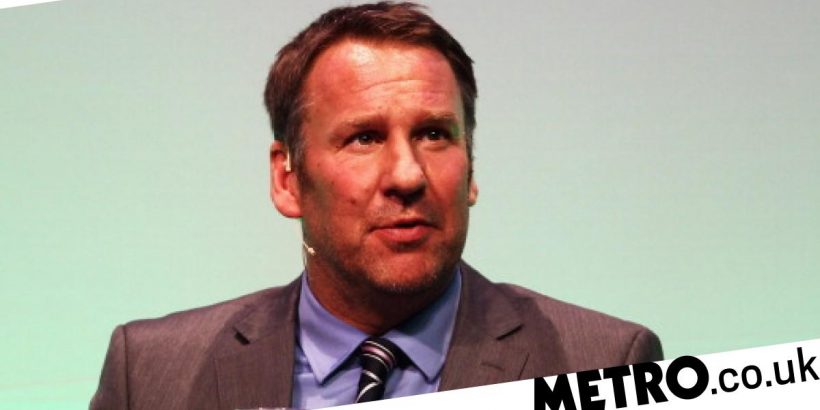 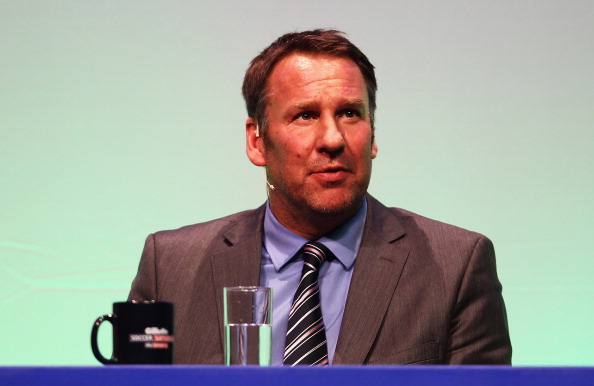 A huge weekend of action awaits in the Premier League, with Manchester City’s trip to Chelsea arguably the pick of an enticing set of fixtures.

Pep Guardiola’s men, the reigning champions, were held to a goalless draw at home to lowly Southampton in their last match and find themselves down in fifth place after five matches.

Chelsea, meanwhile, will be buoyed after their comprehensive 3-0 win over Tottenham and can tighten their grip at the top of the table by claiming three points in Saturday’s lunchtime kick-off at Stamford Bridge.

On Sunday afternoon, a resurgent Arsenal team play host to Tottenham at the Emirates and Mikel Arteta’s men will look to extend their winning streak to four games in all competitions.

The Gunners sat at the bottom of the table heading into the recent international break but have since found their feet and could go as high as seventh in the division with victory over their bitter north London rivals.

Ex-Arsenal star Paul Merson backed his former club to get the better of Spurs as he previewed the weekend’s action and predicted the outcome of all ten matches for Sportskeeda.

‘Here we go, this is the big game of the Premier League weekend for me! Tottenham were top after the first three weeks of the season with nine points on the board, while Arsenal were rock bottom with no points. All of a sudden, Arsenal look good and if I’m being completely honest, I can’t see them losing this one.

‘Obviously, if Harry Kane shows up for Tottenham, they have every chance. However, you look at Spurs at the moment and aside from Kane and Son Heung-Min, who else could hurt Arsenal? They have been solid at the back and have kept three successive clean sheets, while Spurs haven’t been at it for two or three weeks now.

‘With home advantage, I think Arsenal will fancy their chances.’

‘This is obviously a hard game to call. I said from day one that every game counts this season in the Premier League – I don’t see the top four teams losing 4-5 times over the course of 38 games. Chelsea played both Arsenal and Tottenham Hotspur in recent weeks and ripped both of them to shreds, so I think they will fancy their chances.

‘Manchester City, on the other hand, have failed to score in two of their first five Premier League games, which is a bit worrying for a team of their caliber. I don’t usually bet against Manchester City because on their day, they blow teams away, but the fact that they don’t have a center forward is hurting them already. They are looking after Kevin De Bruyne and his ankle, but this is a game he should start.

‘That said, Chelsea have home advantage and are coming on the back of two stunning results, so I fancy them to get the job done.’

‘Manchester United are a funny team – they are not playing well at the moment, but they’ve won four Premier League games out of five this season. If you look at their results, though, you’ll see that they’ve been a bit fortunate along the way. The game against Wolves was a smash and grab, while the one against Newcastle United was in the balance at 1-1 before Cristiano Ronaldo scored his second of the night.

‘I don’t mean to disrespect them, but Young Boys are a pub team in Europe, but Manchester United lost to them in the UEFA Champions League! They fell over the line against West Ham United in the Premier League and were beaten by the same opponents in the EFL Cup at Old Trafford, so it’s not been plain sailing for them.

‘Aston Villa played well against Chelsea in the first half and should have been in front, but they failed to put away their chances. If they start like that against Manchester United, Ole Gunnar Solskjaer and co could be in trouble! I’ve seen enough this season to think that Villa can cause a few problems, so I think this game will finish 1-1.

‘Manchester United always hope for Cristiano Ronaldo to come to the party, but the rest of the team needs to show up in the weeks ahead. They know they can’t keep riding their luck, so this will be an interesting game.’

‘I think Leicester City will win this one quite easily. They were really unlucky against Brighton and played a good game against Manchester City before that, while Burnley have been really disappointing in the Premier League this season.

‘I can see this one finishing 3-0 in favor of Leicester City. They are a solid team and will have miles too much for Burnley this weekend in the Premier League.’

‘Norwich City have now lost 16 Premier League games on the trot and were well beaten by Watford last weekend. Arsenal beat them 1-0, but it could so easily have been more. They shoot themselves in the foot regularly and are guilty of playing out from the back at the wrong times, which has contributed to their torrid run of form in the top-flight.

‘I just don’t see anything other than an Everton win and if I look at the fixture list, I can’t see who Norwich are going to beat this season to get points on the board.’

‘If you watch Leeds United now, you’ll realize that teams are changing their players for the game and setting up accordingly to neutralize them – it’s a trend that has caught on in the Premier League. I think West Ham can win this game and if Michail Antonio plays, I don’t see how Leeds can live with his threat.

‘Leeds probably won’t have the season they had last time around and have not started well. Liverpool could have scored seven past them two weeks ago, indicating that they are vulnerable at the back. West Ham aren’t in the same league as Liverpool, but they can hurt Leeds and should win this game, especially if Antonio returns to the side.’

‘Watford got a good result against Norwich City last week. Newcastle United also impressed against Leeds United and with Allan Saint-Maximin in the team, they are a proper handful. Both teams have pace on the counter, so whoever goes for it is pretty much playing into the other team’s hands.

‘Newcastle have been wasteful in front of goal – if Callum Wilson was playing, they’d have a lot more points on the board in the Premier League this season. It’s still early days, but every game counts. The two sides could be involved in a relegation dog fight this season, so getting points on the board in the first six or seven games could set the tone for the rest of the campaign.

‘This is definitely a big game in the Premier League and I fancy Newcastle United to come out on top away from home.’

‘Brentford keep on letting me down in terms of my predictions. They were outstanding against Wolves, never looked like losing and were the better team by far over the course of the 90 minutes. Sometimes they rode their luck, but this is the step of all steps against a team like Liverpool.

‘I was fortunate enough to play against the great AC Milan team for Arsenal. We played against them, came back to the changing room and said “wow, they are good!”

‘This could be that game for Brentford in the Premier League. I’ve seen what Liverpool have done in recent weeks and I don’t think Brentford can stop them. That said, this is a free swing for the home team. They already have a few points on the board and no one expects them to get a result against Liverpool in the Premier League, so they will look to express themselves freely and nick a result.’

I like what Patrick Vieira has done at Crystal Palace so far. When they were 0-0 against Liverpool, you could argue that at one point, they were the better team. If you play like that, you’re always going to be in with a chance. Conor Gallagher is a player I really like, he’s got a lot of energy about him. Wilfried Zaha and Christian Benteke are big threats as well, so Palace have a lot of quality amongst their ranks.

As for Brighton, I’ve always said that they are one of the best football playing sides in the Premier League, but the difference this season is that they’ve also started putting away their chances! I get the feeling that this could be a 2-2 draw, it could turn out to be an entertaining game.