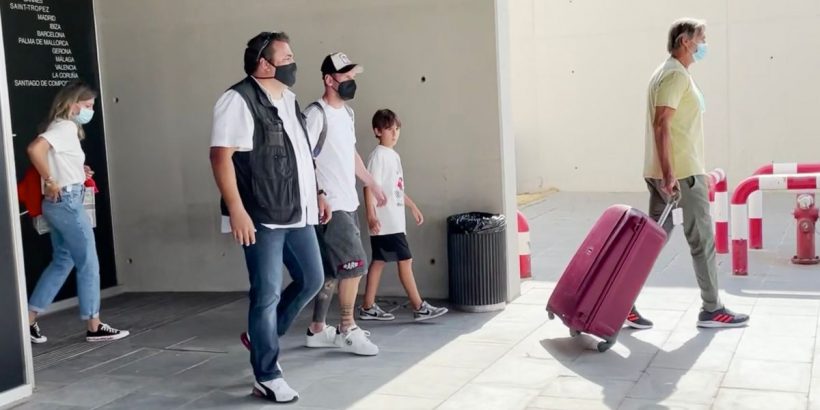 Lionel Messi has returned to Barcelona after being left out of Paris Saint-Germain’s match-day squad against Stade Brest 29 on Friday evening.

Messi, who has been a Barcelona resident since signing for the club as a boy in 2000, is back in Catalonia to spend time in his home at Castelldefels.

The 34-year-old is believed to have been awarded a rest, having taken part in a lengthy Copa America tournament which saw him lift his first trophy with Argentina earlier this summer.

But Spanish outlet Mundo Deportivo reports PSG fans will have to wait a little longer before seeing their new magician in action after he was unveiled on August 11.

The six-time Ballon d’Or winner is expected to make his debut for the Parisians next week instead when they face Stade de Reims away from home.

Also set to miss out against Brest is Messi’s former Barcelona teammate Neymar, along with Argentine midfielder Leandro Paredes.

Speaking on Thursday, Pochettino said of Messi’s start as a PSG player: “What he brings everyone knows. We know what Leo represents. It is very positive.

“He is adapting quickly to this group. We are happy with his contribution.”

Do you think Lionel Messi will be PSG's top goal-scorer this season? Let us know in the comments section.

Pochettino’s side continued their unbeaten start to the Ligue 1 campaign last Saturday in a gripping encounter which saw them defeat Strasbourg 4-2.

PSG head into match-day three in third place as they hope for a more successful season than 2020/21, which ended with Lille winning the title.

Meanwhile, 22-year-old phenomenon Kylian Mbappe is expected to start against Brest despite strong speculation tying him with a move to Real Madrid, who have long pursued the winger.

Get your free MATCH ATTAX Trading Cards inside this weekend’s Daily Star Sunday.