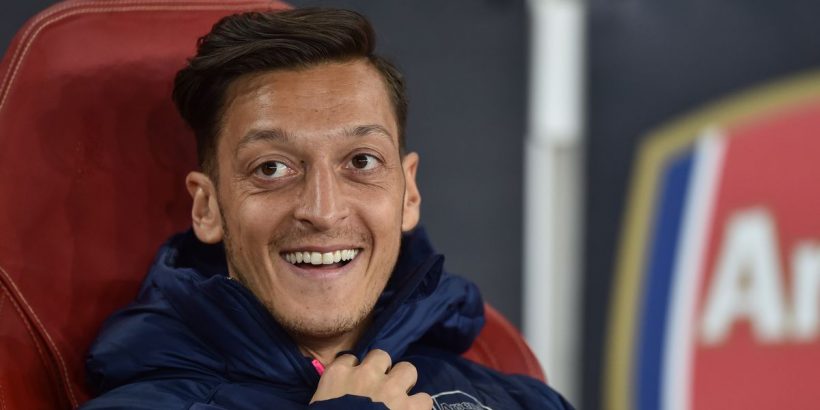 Mesut Ozil chose to celebrate Scotland's battling draw with England at Wembley on Friday evening by referencing Braveheart and stating that 'William Wallace’s soul was all over Wembley'.

The former Arsenal midfielder, who fell out with the club before joining Fenerbahce on a permanent deal earlier this year, is known for his humorous takes on Twitter.

The 32-year-old, a World Cup winner in 2014, aimed his latest dig at England, who have just one Arsenal player in their squad in the form of unused Bukayo Saka.

He chose to name William Wallace in his assessment of the game, a Scottish knight who was one of the main leaders during the First War of Scottish Independence, and played by Mel Gibson in Braveheart.

Alongside a Scottish flag, he wrote: "William Wallace’s soul all over Wembley tonight…"

Steve Clarke has earned plaudits from the impressive performance, and he has since praised his players for standing up to their critics after an opening defeat.

He said on ITV: "I'm delighted for the players. It was a great performance, we knew we had to come here and suffer a little bit out of possession.

Did Scotland deserve all three points at Wembley? Let us know your thoughts in the comments.

"But I was delighted with the way we played with the ball as well, we created chances.

"I've said for a long time, we're a good team. I thought the reaction after the game on Monday was over the top.

"I think we showed the real Scotland on Monday and got harshly criticised for it. I've said for a long time we've got a really good group of players and we proved it tonight."

Adding on the performance of Billy Gilmour: "Never in doubt. Billy is a top player.

"We know what he's got, his legs ran out towards the end but he doesn't get much football at Chelsea.

"He's trained well in the group and it was nice to get him on the pitch."