Michael Keane has revealed the full extent of his injury nightmare last season, when a gash in his foot led to an infection that could have forced an amputation if not caught by doctors.

The Everton defender has spoken for the first time about the bad tackle in September 2017 that left him needing to wear a boot two sizes too big and playing on through painkillers for weeks.

Keane’s form suffered as a result, and he lost his place in the England team. But he is fully recovered now and finally hitting the consistency that saw Everton pay Burnley £25million for his signature. 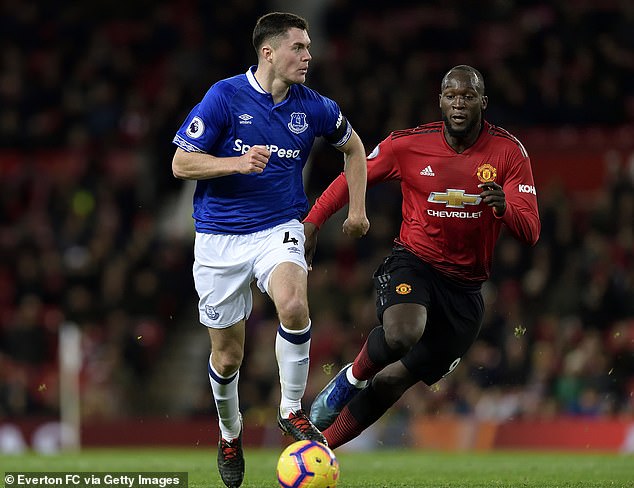 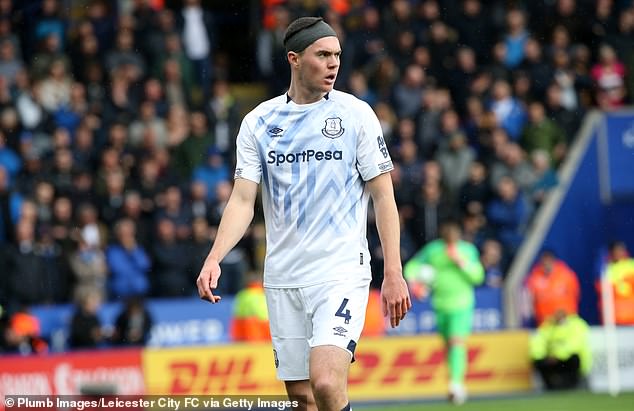 Keane told the Sunday Times how a two-footed challenge by James Vaughan when Sunderland played at Goodison Park in the EFL Cup had major ramifications. Vaughan went into the dressing room to apologise but the damage was significant, leaving a hole in the top of Keane’s boot and more beneath.

‘I played on, but I knew something wasn’t right,’ Keane said. ‘I went in at half-time and my foot was aching but I didn’t do anything about it and played the second half. When I took my boot off again there was blood everywhere. The skin was an inch apart, split away, a nasty gash.’

Everton’s medical team gave him eight stitches but he next day he woke ‘in absolute agony. I couldn’t put any weight on it. I took ten minutes to get to the end of my bed.’

He was scheduled to be out for three weeks but Ronald Koeman needed him so he was back training ten days later in time to face Burnley. He had to wear padding and play in size 12s, rather than tens. ‘I could kick a ball but the feel wasn’t the same,’ he told the Sunday Times. 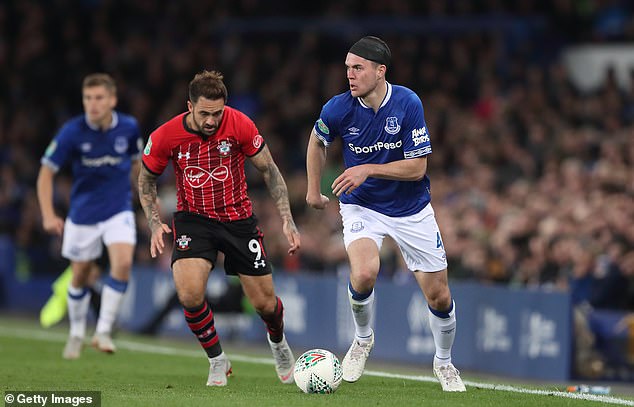 The wound became infected and it spread up his leg, and he has revealed his amputation fears

He won two England caps against Slovenia and Lithuania, contributing two clean sheets, but after Koeman’s last game, the 5-2 defeat to Arsenal, the foot swelled dramatically as inflammation went up his leg.

He was rushed to a private hospital in Liverpool and put on antibiotics. ‘If it had kept going up my leg that’s when it really gets serious – they said if it had got much worse we might have been looking at losing the foot,’ Keane said.

He kept playing on through painkillers and had a particularly concerning game at Southamtpon. ‘I think the pills I was taking were making me very drowsy,’ he said. ‘I felt I couldn’t concentrate.’

There was further trauma when Anthony Martial landed on the same foot on January 1, reopening the wound and only after a proper break did Keane approach his usual levels under Sam Allardyce. 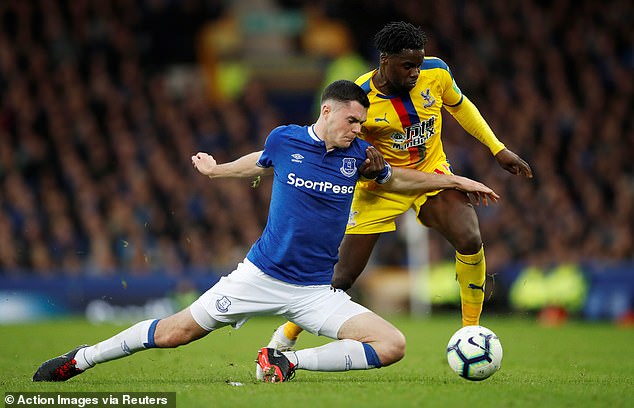 His form suffered, costing him his spot in the England squad, which he now hopes to get back

Problem healed, he is enjoying life under Marco Silva. ‘In hindsight, maybe it wasn’t best for me to keep playing – but I can’t say I’ve regrets,’ he said. ‘I was brought up to show determination. I didn’t want my teammates to think I’d shy away from problems. The team was struggling and I wanted to be in the thick of the action.’

He hopes his form might prompt a recall from Gareth Southgate. ‘It was gutting not to go to the World Cup but I knew I had my own performances to blame – even if the reasons for those performances maybe weren’t my fault. I just hope I can get back in and be part of it again. England are going places.’