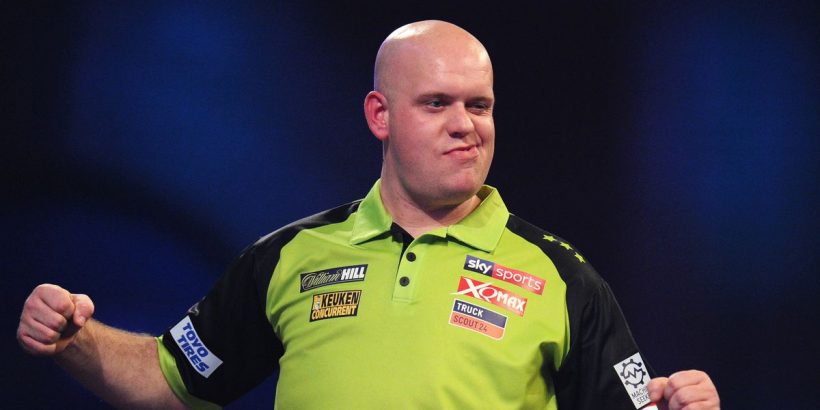 Although the window is yet to officially open – that will happen on July 1 – United's rivals have already dipped their toes into the transfer pool. While United, under new boss Erik ten Hag, have been left scrambling around for signings to bring back Champions League football.

And Paddy Power jokingly tweeted a list of United targets that varied from Ajax stars, retired players, and Van Gerwen himself. Quick to get on board with the joke, Van Gerwen tweeted: "I'm a Champions League player, I’m not dropping down!"

READ MORE: Patrick Vieira refuses to touch Roy Keane's shirt – and insists he was "much better"

United have been linked to a string of deals in the Netherlands – thanks to their newly appointed Dutch boss.

Frenkie de Jong, who worked under Ten Hag during Ajax's Champions League run in the 18/19 season, has been strongly tipped to make the move. However, it's believed that De Jong is keen to stay in Barcelona and fight for his spot.

While Antony, who also played for Ajax, looks set to swap Amsterdam for North West England.

Who do you think Manchester United need to sign this summer? Let us know in the comments section below.

United have spent heavily in the past, and last summer alone United welcomed Cristiano Ronaldo, Jadon Sancho, and Raphael Varane to Old Trafford.

But with their newly acquired superstars, United were not able to break into the Champions League spots – leading to a disappointing campaign.