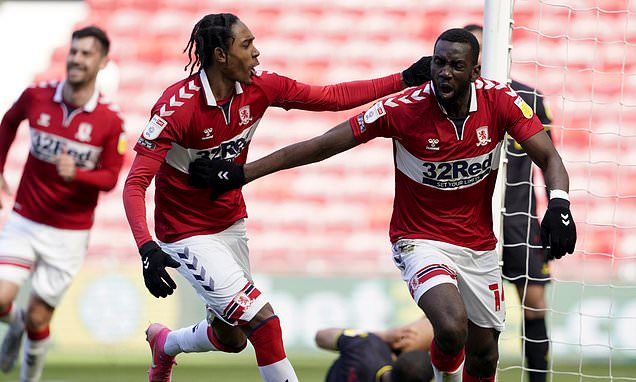 Remember Yannick Bolasie? He was once a £25million winger and one of the most in-demand players in the Premier League.

The Everton loanee spent most of this game watching from the bench as his Middlesbrough team-mates failed to conjure a single effort on goal.

But then, on 78 minutes and shortly after his belated introduction, Bolasie headed his first goal in English football for two-and-a-half years and so saved a point for his side. 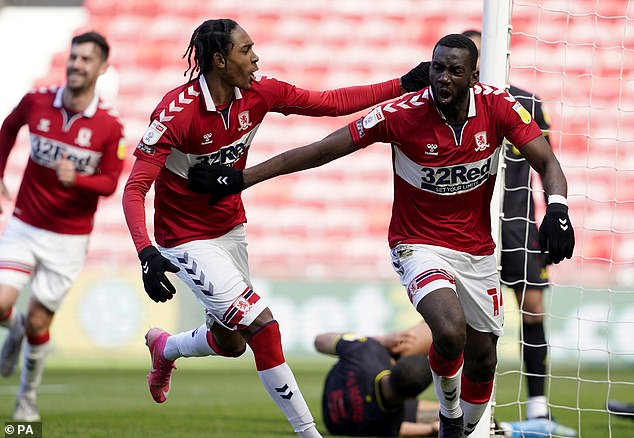 Yannick Bolasie (right) celebrates after he equalised for Middlesbrough against Watford

His equaliser was of greater significance to Watford than it was for Neil Warnock’s Boro, who really needed a victory to reignite their play-off hopes.

But for Xisco Munoz’s visitors the loss of two points in their pursuit of automatic promotion – and a seventh straight win – will be keenly felt, especially as Bolasie’s goal represented the only shot they conceded in the entire game. 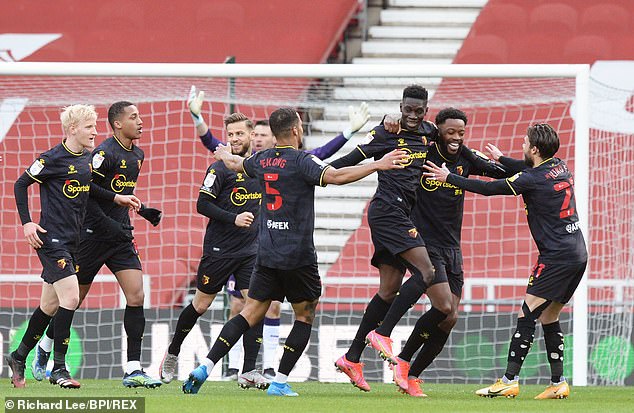 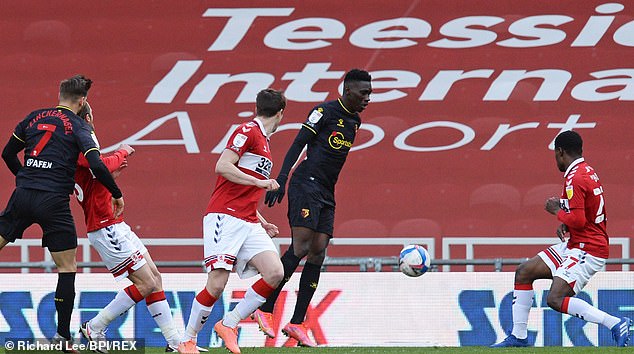 It leaves Watford 10 points clear of third-placed Brentford ahead of Monday afternoon’s fixtures.

Lunchtime kick-offs can often be sedate affairs. Factor in a Bank Holiday and no crowd and the opening half hour here was like the footballing equivalent of general anesthetic.

In fact, the only moment worthy of mention from the first half was Watford’s goal on 32 minutes. The muddled nature of it was entirely in keeping with a contest low on quality.

Watford winger Ken Sema saw his low drill saved by Marcus Bettinelli but, when the ball ran free, defender Marc Bola swiped hopelessly to Philip Zinckernagel on the edge of the area.

There was a suspicion he used his arm to control before returning a shot that Bettinelli would have no doubt gathered. That was until it was set on a different course by the unsuspecting ankle of Ismaila Sarr, who gratefully accepted his 10th goal of the season.

Boro protested against both the handball and Sarr’s apparent offside position. But the assistant referee stood firm and with just cause, for two Boro defenders had been slow to clear the area and were playing the scorer onside. Zinckernagel’s indiscretion, though, was more debatable.

It was not until the 72nd minute that Watford came close to adding a second when Joao Pedro brushed the base of the post from 12 yards. 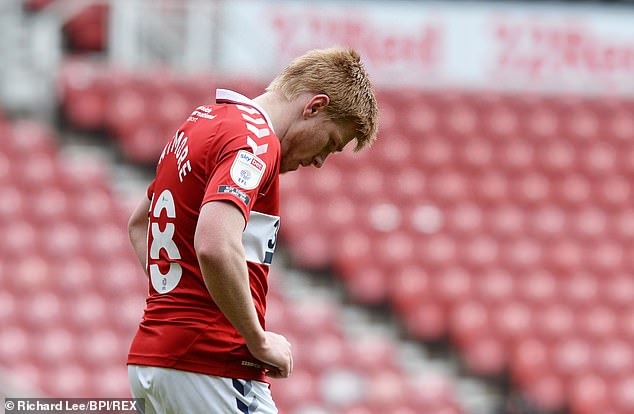 And they paid the price when Bolasie’s head emerged amid a crowd of bodies to connect with Paddy McNair’s free-kick.

At least it served as a reminder of the 31-year-old’s existence.